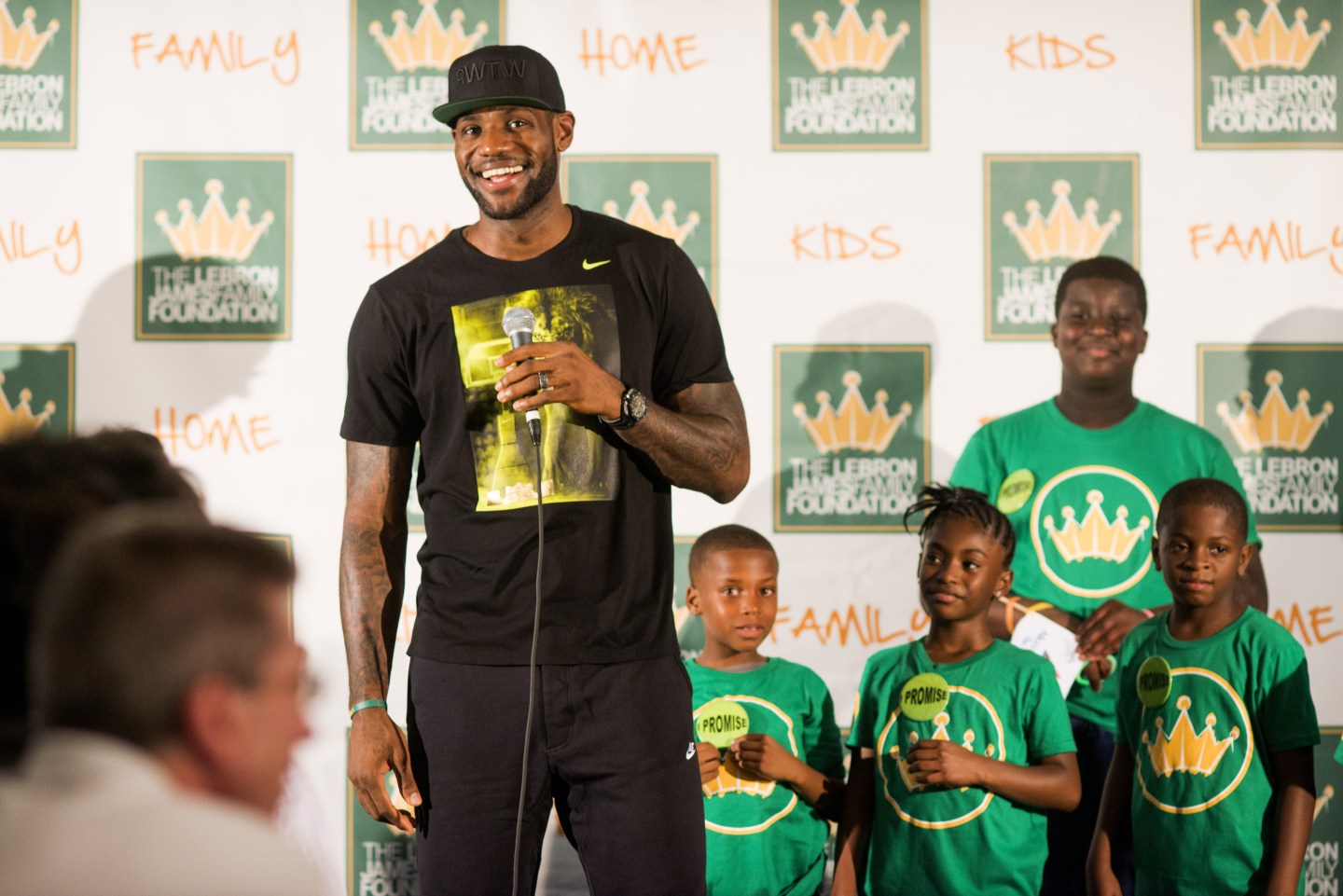 LeBron James, who made waves by playing for the Cleveland Cavaliers once again last season, announced Friday that he’s going to start giving out scholarships to qualifying students at the University of Akron through his “I Promise” program and as part of his foundation.

The Associated Press reported that he’s partnering with the university to cover tuition for students.

Every single kid who finish my program will go to college for FREE! #Tryingtomakeadifference @LJFamFoundation

”It’s the reason I do what I do,” said James in announcing the scholarships. ”These students have big dreams, and I’m happy to do everything I can to help them get there. They’re going to have to earn it, but I’m excited to see what these kids can accomplish knowing that college is in their futures.”

Per the publication, the details of who will qualify for the scholarships are still being figured out. But the Associated Press did report that the students must graduate from Akron’s public high school system. 1,100 students are currently enrolled in the “I Promise” program, per ESPN’s Brian Windhorst, and a year’s tuition at the University of Akron is $9,500.

”It means so much because, as a kid growing up in the inner city and a lot of African-American kids, you don’t really think past high school,” he said.

The university will rename its education the LeBron James Family Foundation College of Education, according to the publication. Meanwhile, the first class of scholarship winners will reportedly graduate in 2021.