Alibaba lands Macy’s as the first U.S. department store for its online portal 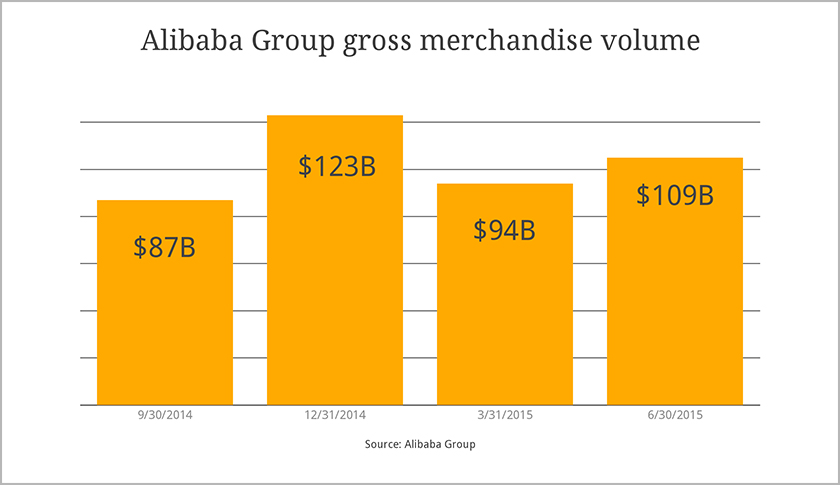 Alibaba has made it no secret that it views bringing on U.S. and other international brands onto Tmall as part of the company’s key growth in the future. The company recently brought on Goldman Sachs banker Michael Evans to oversee this international expansion.

Alibaba says Macy’s will be the first U.S. department store to join Alibaba’s Tmall Global. Other brands who have exclusive deals to sell on Tmall include Zara, and Old Navy. Nike, Adidas, Unilever, Amazon, Costco, and The Gap all sell on Tmall through non-exclusive agreements.

This isn’t the first time Macy’s has tried to enter China. The retailer announced a joint venture in China in 2012, which failed. Neiman Marcus has also tried to sell in China, but has stumbled.

But part of Alibaba’s pitch to retailers is that it can handle things like logistics, and payments for retailers, making it less complicated for companies like Macy’s to get their goods in the hands of Chinese consumers. Alibaba already has its own logistics company, Cainiao, and an online and mobile payments business, Ant Financial.

In Alibaba’s earnings release today, it revealed Cainiao now allows for next-day delivery in 41 major cities in China, including Beijing, Shanghai, Guangzhou, Shenzhen and Hangzhou. Alibaba says this will be extended to 50 cities by the end of this year. The company has also launched same-day delivery of groceries, initially starting with Beijing and Shanghai, with grocery sales in Beijing increasing 740% year-on-year.

For Alibaba, winning deals with U.S. brands and retailers could also help supercharge growth. The company announced Wednesday that its latest quarter’s revenue rose 28% to $3.26 billion, missing analyst estimates of $3.39 billion. As Chairman and Founder Jack Ma explained in a series of events in the U.S. in June, Alibaba has the opportunity bring more U.S. goods to China’s rising middle class, which is already equal in the size of the entire U.S. population and is expected to double in seven years.

Although revenue was softer than Wall Street expected, Alibaba is seeing significant traction in mobile shopping volume, with gross merchandise value transacted via mobile phones at $60 billion in the quarter, an increase of 125% year-over-year. And for the first time, mobile revenues, $1.28 billion (up 228% year-over-year), exceeded desktop sales in Alibaba’s China retail marketplaces.

For Alibaba, inking deals like the one with Macy’s, is also part of its ongoing battle with Chinese rival JD.com, which is also working on bringing in U.S. brands and retailers to sell through its e-commerce site. In July, JD.com announced that pop star Taylor Swift would sell a clothing line to Chinese consumers via its e-commerce site.