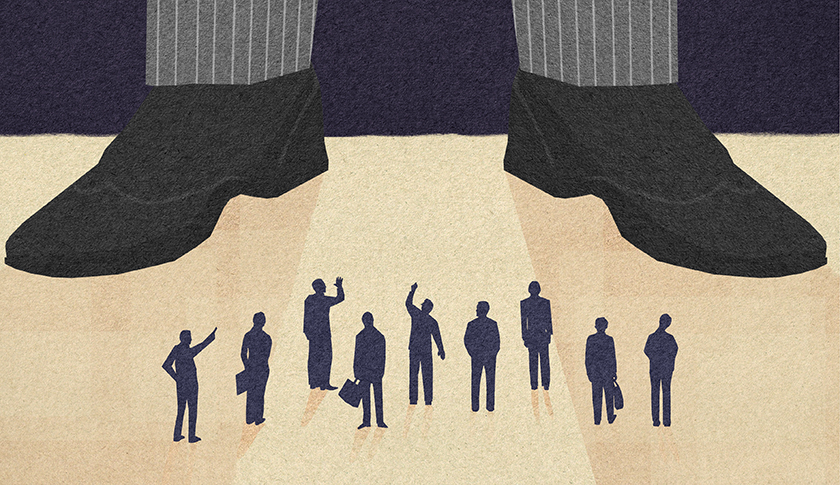 This week I got called a bully.

What provoked the name-calling was a Securities and Exchange Commission vote on Wednesday to adopt regulations requiring corporations to disclose the gap between what they pay their CEO and their workers. The commissioners voted 3 to 2 along straight party lines.

In a dissenting statement, SEC Republican Commissioner Michael Piwowar said his colleagues were “acquiescing to bullies.”

If supporting CEO-worker pay ratio disclosure makes you a bully, then count me among them. For many years, I’ve argued that extreme inequality within firms, with big company CEOs making hundreds of times more than shop floor employees, is not just grossly unfair. It’s also bad for business.

A Stanford University review of several studies, for instance, found that highly differentiated pay between top and bottom earners tends to reduce employee morale and job satisfaction. A CtW Investment Group analysis of S&P 500 companies indicated that those with high estimated CEO-worker pay ratios had lower shareholder returns over a five-year period than companies with low CEO-pay ratios.

In 2010, the Dodd-Frank financial reform made CEO-worker pay ratio disclosure the law of the land. But for five years, in the face of intense opposition, SEC officials have dragged their feet on implementation.

Corporate lobby groups and allied lawmakers have been bent on blocking or gutting the rule. And there were times, I must admit, when I responded to their attacks in a less than kindly manner.

Last year, for example, the U.S. Chamber of Commerce published a study claiming large companies would be forced to shell out an average of $311,800 and crunch numbers for 1,825 hours to calculate their median worker pay. I couldn’t resist penning a phony help wanted ad for “slow and expensive accountants.” How else could these companies back up such absurd numbers?

Of course I’m not the only big meanie. The SEC received more than 287,400 public comment letters on this issue, an overwhelming majority of which were supportive.

At the end of his dissenting statement, Commissioner Piwowar reminded us of schoolyard lessons about bullies. “Acquiescing,” he said, “only gives them more ammunition.”

Here he does have a point. Those of us who’ve advocated for CEO-worker pay disclosure will indeed be using this victory to push for more. Specifically, this new federal rule will help us promote state-level initiatives to add extra oomph to disclosure by tapping the power of the public purse.

A Rhode Island state senate bill, for example, would give preferential treatment in the awarding of government contracts to firms that have gaps between CEO and median worker pay of no more than 25 to 1. This benchmark was inspired by Peter Drucker, known as the Father of Management Science, who believed the ratio of pay between worker and executive can run no higher than 20-to-1 without damaging company morale and productivity.

Under this legislation, companies competing for state contracts could improve their chances by reducing their pay gaps — either by lowering executive compensation or lifting up wages at the bottom of their pay scale. Either way, Rhode Island taxpayers would get a bigger bang for their buck, since narrower wage divides are likely to boost productivity. Tax policy could also reward companies with more equitable pay practices by offering lower rates for narrower gaps.

Those who imagine themselves to be the victims of all this so-called bullying on pay gaps are not just running home to mommy. Within hours of the SEC vote, House Financial Services Committee Chair Jeb Hensarling (R-TX) announced plans for a vote on a bill to repeal this section of Dodd-Frank. Similar legislation has been introduced in the Senate.

Overpaid CEOs, it seems, are still turning to their big brothers in Congress to try to scare off the big bad bullies. But in dragging out this fight, the corporate chiefs are the ones who will be left with the black eyes.

Sarah Anderson directs the Global Economy Project at the Institute for Policy Studies.