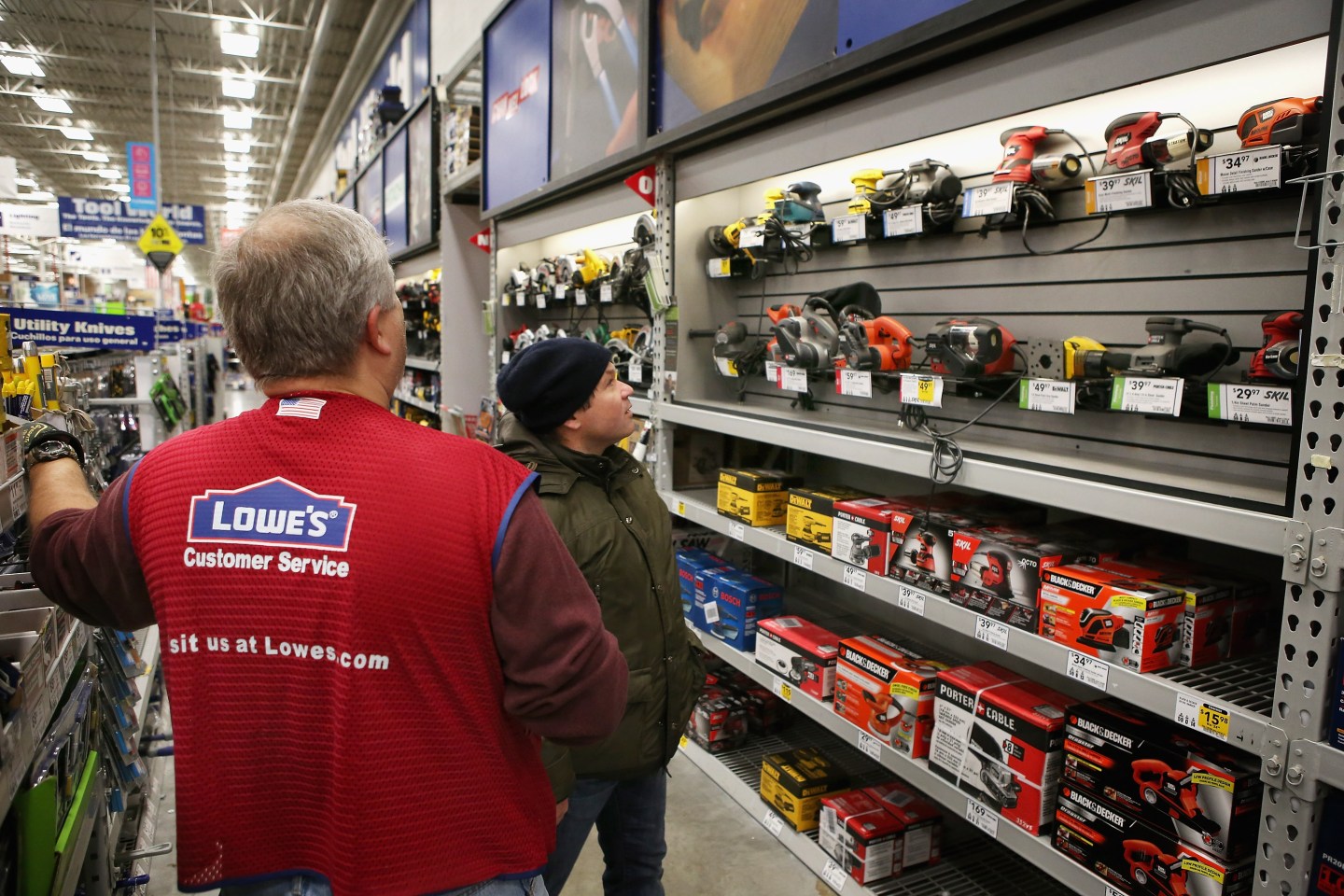 Lowe’s Home Improvement is entering the competitive Manhattan retail market for the first time this summer with the opening of two new stores, a move that hints at how the chain is remodeling its broader retail strategy to capture growing U.S. urban markets.

The company is in the midst of completing construction on two new stores in the Upper West Side and Chelsea neighborhoods of New York City, with both locations expected to open later this summer. The stores showcase a more urban take on big-box retail on several fronts. The stores will be smaller and stock merchandise from new merchants that Lowe’s (LOW) hasn’t worked with before. The Lowe’s team says they are thinking about retail a little differently when aiming to address the Manhattan market.

“We’ve looked at being more urban for up to a decade,” Lowe’s Chief Development Officer Richard Maltsbarger told Fortune. About two years ago, Lowe’s finally moved forward with plans to conceive a retail strategy for the New York market.

For starters, the Manhattan stores are smaller than the traditional Lowe’s. The new locations on the island stand about three times smaller at around 30,000 square feet, compared with its existing stores at an average of about 112,000 square feet concentrated across U.S. suburbs. The Manhattan stores also feature display windows to lure in street traffic. That’s a feature you wouldn’t find at a typical Lowe’s store.

Major U.S. cities saw population gains in the postrecession years, and much has been made about the trend of millennials moving to cities for job opportunities and staying in urban markets for an extended period of time before purchasing a home in the suburbs. While there are some indications growth in U.S. cities has slowed, their populations continue to increase.

Lowe’s believes it can take this smaller retail space strategy to other urban markets, hoping to tap those retail markets where Lowe’s doesn’t have much of a presence today.

“This format gives us the opportunity to get into spaces where we believe there are additional customers where we can help them love where they live,” says Maltsbarger.

The smaller store format strategy differs from main rival Home Depot (HD), which has two stores in Manhattan that are roughly the same size as that retailer’s average store. Home Depot has also operated its two existing locations on the island since 2004, so Lowe’s is coming to the market for the first time over a decade later.

The decision to open smaller stores also lowers the investment Lowe’s is making to enter the pricy Manhattan retail market.

“New York is the most expensive place to open up a store,” says Ron Friedman, a retail consultant for accounting and advisory firm Marcum LLP. “The cost per square foot to get the store open is extremely expensive.” He advises retailers consider renting less space to start.

Shovels can be ordered online of course, and Lowe’s spent a lot of time during a walking tour with Fortune at the company’s Upper West Side location talking about its omnichannel capabilities to ensure that any item it carries can be shipped quickly to homes and apartments within the city. Omnichannel is the way companies like Lowe’s can connect retailing at physical stores with their online businesses, making it ideally as easy as possible to fulfill orders.

“We were able to build something that is the appropriate size and the appropriate feel for the Manhattan shopper, but supported by the million square foot of Lowe’s that surrounds the island,” Maltsbarger says.

Lowe’s is focusing on eight core home improvement “occasions,” including storage and organization, a remodeling section, paint, and an appliances section. Within those areas of the store, the retailer’s team pointed out several new partners that Lowe’s will work with for the first time when entering New York City, including closet organizer Space Pro, appliance makers Smeg and Liebherr, as well as the Jessica Alba-founded The Honest Company. Some are fashion-forward plays, others focus on making tiny apartments more livable.