Is Sam Adams too big to succeed in the craft world? 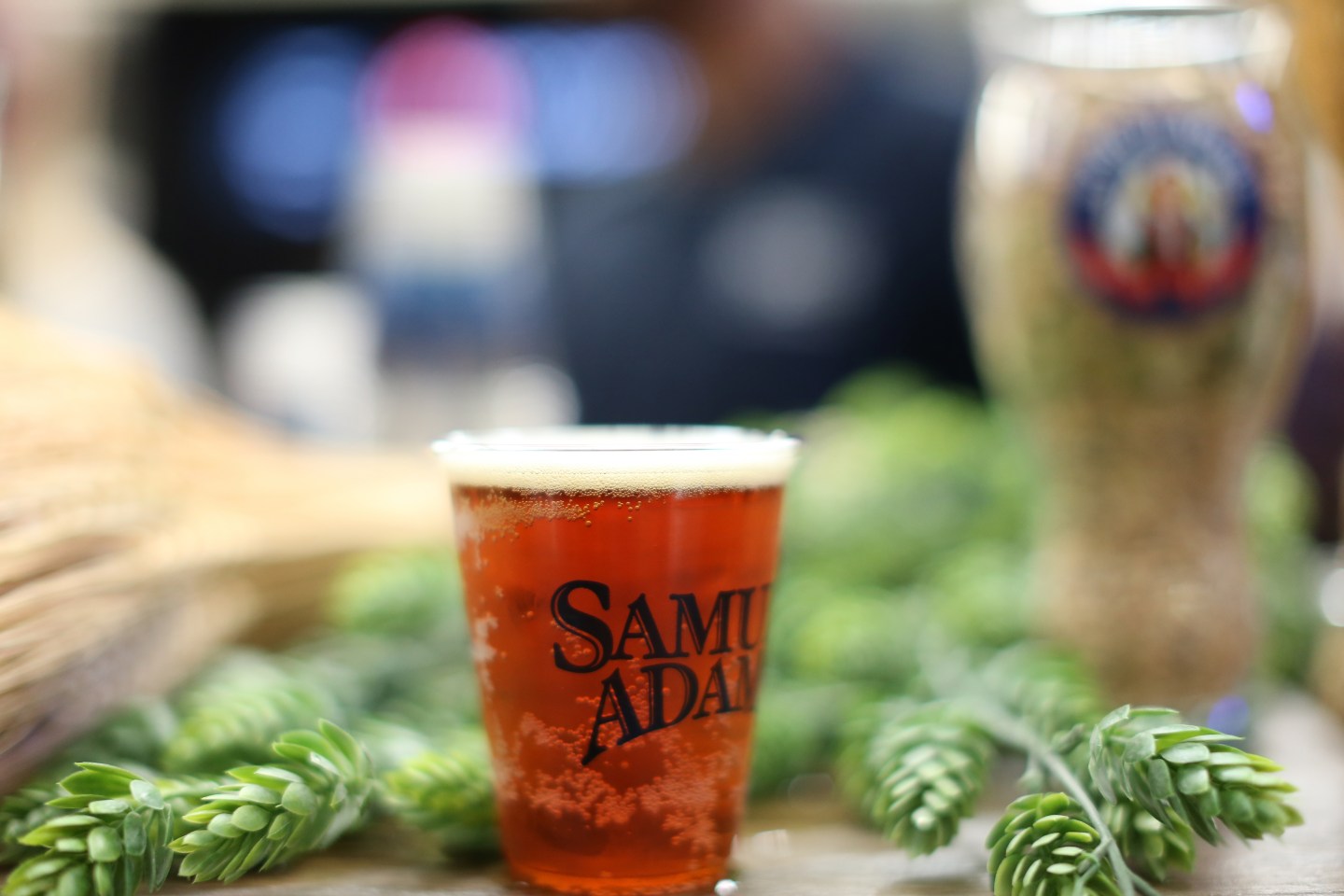 Craft beer sales continue to hum along nicely in the U.S., with steady double-digit growth. So why is one of the industry’s founding brands, Samuel Adams, struggling to keep up?

That’s the takeaway from Samuel Adams producer Boston Beer’s (SAM) latest earnings report this week. The company reported shipments in the first six months of the year climbed 6% from a year ago. But that badly trails the overall category’s performance: American craft beer production volume jumped 16% over the same period, according to data released by the Brewers Association. Some of the core beers within the Samuel Adams brand are suffering declines, only offset by increased demand for newer brands such as Angry Orchard cider and hard iced tea brand Twisted Tea.

The problem for Samuel Adams may be that while the Brewers Association still deems Boston Beer a “craft” brewer after changing the rules a few years ago, many consumers view it as too big and thus not a real “craft” brand. Part of the allure of the craft brand is the experience of discovering a new, unheard of brand and trying it for the first time. In a recent joint presentation held by the Brewers Association and Nielsen, a survey found that about a third of self proclaimed “craft drinkers” said they “always or often” sought to buy a beer that they had never heard of before. That could help explain why Samuel Adams isn’t performing as well as it used to today: it is a familiar sight behind the bar, especially in the northeast.

“The decline of some of our Samuel Adams styles is due to increased competition, which particularly impacted Boston Lager and some of our seasonal beers,” President and Chief Executive Martin Roper told analysts. Boston Beer tempered expectations for its 2015 sales by distributors to retailers for the second time this year on Thursday, now seeing growth between 6% and 9% (originally it targeted a 10%-15% increase).

The Sam Adams slowdown explains why Boston Beer has sought to diversify its portfolio. It has a subsidiary called Alchemy & Science, which runs four smaller beer brands, including Coney Island and Angel City Brewery. Those brands contribute just about 2% of sales, but they represent a growth opportunity and are marketed separately from the Sam Adams brand. In fact, Boston Beer is often sensitive about being even mentioned in stories about those beer brands, perhaps to keep the identities as separate as possible.

Still, pursuing growth in other pockets of the alcohol industry can present challenges. Boston Beer scored a major hit with Angry Orchard cider, which helped create that new category in the alcoholic beverages aisle and remains the market leader. But like beer, there has been a ton of startup action in cider, with small local brands quickly entering the market, far faster than when the craft beer movement started roughly three decades ago in the U.S.

To help improve the performance of Samuel Adams, Boston Beer is planning to introduce new packaging and spend money on advertising to support promotions. A new packaging approach is part of what has helped increase interest in newer brands, such as the Rebel IPA.

Koch founded Boston Beer in 1984 and he often likes to joke that after more than 30 years in the business, all he has to show for his success is 1% of the total U.S. beer market. Largely regarded as one of the most important figures in the craft beer movement, Koch on Thursday concedes that the craft segment is a “fast-growing environment” with a lot of new competition. And he’s right: the Brewers Association says there are 3,739 breweries in the U.S. as of the end of June, an increase of 699 over the same period a year ago. Another 1,755 are being planned.

Brewpubs, for example, are “creating a bigger wave of competition,” Koch said. “If you have a successful social hall or bar as part of your brewery, you can be profitable at fairly small volumes.” He said he doesn’t see that trend abating because not only is it profitable, but drinkers like it.

For now, Boston Beer still sees its growth as a domestic story. Though other craft brewers have touted plans to expand abroad, Boston Beer thinks it can continue to perform well in the states.

“Our perspective is that we have a little over 1% of U.S. beer business and we can all imagine doubling that,” Koch said. “And that’s what we are focused on rather than trying to get a smaller amount of volume spread out through 50 countries.”
[fortune-brightcove videoid=4387540072001]