Uber now offers its own car leases to UberX drivers 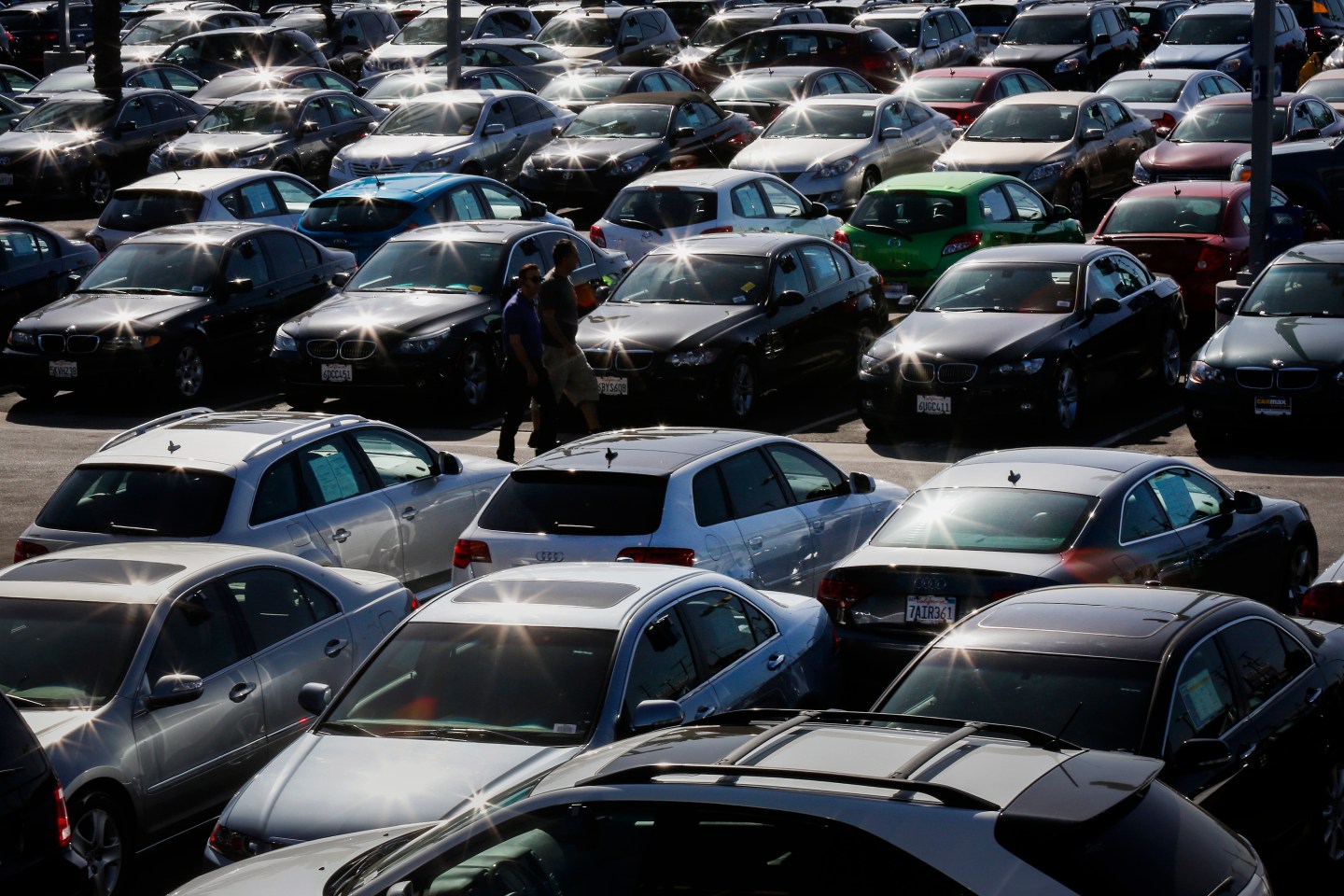 Uber previously launched a leasing program in the U.S. in late 2013. The company partnered with General Motors (GM) , Toyota (TM) , and other financial institutions to lease cars to Uberx drivers, while also reducing drivers’ monthly payments. The idea behind the initial leasing program was that Uber had data on the cash flow from drivers, which could in turn lower their risk to lenders. Under the program, drivers could borrow at better interest rates than they might find through traditional leasing programs, and be able to get on the road faster.

Uber says that nearly 20,000 drivers participated in the U.S. program and have collectively taken home over $200 million dollars driving with Uber. For background, Uber has around 160,000 UberX drivers in the U.S.

The next iteration of the program, Xchange Leasing, involves cutting out intermediaries and directly leasing to drivers. The leases are administered by an Uber subsidiary (owned and funded by Uber) and the leases are designed to fit the financial and driving needs of an Uber driver.

Unlike most multi-year leases that have high penalty fees for early termination, drivers who participate in Xchange for at least 30 days will be able to return the car with only two weeks notice and limited additional costs. The program also includes unlimited mileage and the option to lease a used car, with routine maintenance also included.

Xchange Leasing is currently being tested in major U.S. cities, including Los Angeles, San Francisco, and San Diego in California. Select cities in Georgia and Maryland will also be able to participate.

In a conversation with Fortune, Uber’s head of vehicle solutions Andrew Chapin explained that the idea for Uber offering its own leases was inspired by wanting a more flexible, and cost-effective way for UberX drivers to lease cars. The current vehicle leasing options are not well suited for Uber drivers, he reiterated.

Here’s an example of the rates Uber will now offer:

On the regulatory front, Uber is not taking any risks with leasing, he says, as the industry is highly regulated. Xchange Leasing is currently compliant with regulations, both at the state and federal levels, and as a lessor, Uber has received the requisite licenses to administer car leases.

It’s worth noting that Chapin acknowledged the company is getting ahead of any regulatory issues by working with agencies to make sure the leasing company is licensed. Uber has famously (and continues to) battle regulators across the world as government agencies attempt to control, and even ban, the transportation company.

For now Uber is funding Xchange Leasing with its own capital (Uber has raised nearly $6 billion in equity and debt since it was founded five years ago).

Other startups, like Breeze, have tried to capitalize on the leasing business and have targeted drivers who work for ride-sharing companies like Uber and Lyft.

These startups are doing so because lending can be a money making business. However, Chapin says that profits are not Uber’s goal with wanting to offer leases, and the intention is to break even with costs and sales.

Uber has partnered with local dealerships in California, Georgia, and Maryland to offer Xchange leases for the types of cars that Uberx accepts on platform, including vehicles made by Toyota, GM, Ford, Chrysler and other auto makers.

The company will continue to provide leases through third-party lessors, such as Westlake, or BAMA Leasing. But Uber wants to have the most flexible option catered to the needs of an UberX driver, said Chapin.

Uber has also allowed for drivers to receive discounts on car purchases from auto manufacturers, including Toyota, GM, Ford, Hyundai, Nissan, VW, and Chrysler. To date, Uber says drivers have saved over $7 million through these discounts.

Lastly, Uber is also piloting its car rental plan, which allows UberX drivers to rent cars by the week in Atlanta, Dallas, and Nashville. Through a partnership with Cox automotive-owned Flexdrive, drivers can rent cars with insurance and maintenance included.

For Uber, having its own flexible leasing terms means more new drivers could be approved to offer rides on its platforms. And that all leads to more revenue for the ride-sharing company, which was last valued valued at $50 billion, according to reports.