Is this woman the next Elon Musk? 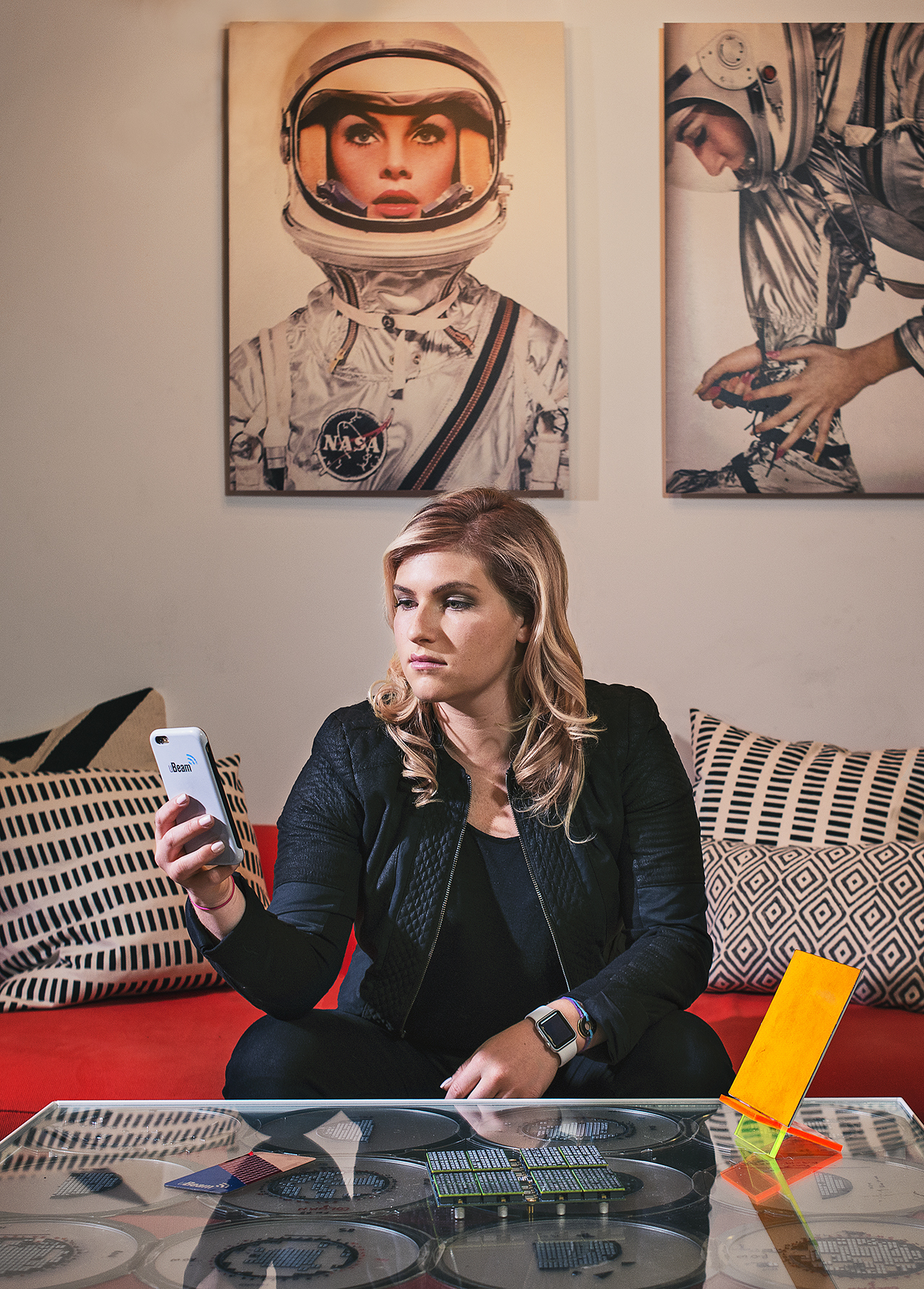 Mark Cuban calls it a “zillion-dollar idea.” He invested without ever seeing a prototype. Marc Andreessen, Shawn Fanning, and Tony Hsieh invested too. Marissa Mayer chose to invest after spending 15 minutes with the inventor.

The idea? Charge the battery of an electronic device from across the room—no wires necessary. The company is uBeam, based in Santa Monica. And the 25-year-old woman behind it all is Meredith Perry, its brilliant, ambitious, and occasionally overwhelming co-founder and CEO.

Perry grabbed the world’s attention after demonstrating the concept with co-founder Nora Dweck at a conference in 2011. Using ultrasound waves, the pair beamed a small amount of power between two toaster-size boxes positioned a few feet apart. Reaction was mixed: TechCrunch founder Michael Arrington called it “the closest thing to magic I’ve seen.” A physicist wrote that “it’s an impossible idea” that would cause bodily harm. Through it all, Perry tinkered without producing a commercial product.

In late 2014, uBeam—flush after raising $10 million from investors—announced that it had finalized a working prototype. “There may be people on the Internet who don’t believe it’s true,” Perry says. But those who see it “are converted instantly.” (She declined to show the prototype to Fortune.)

A concept prototype of the uBeam wireless charging system photographed in the uBeam offices in Santa Monica, CA. Photograph by Damon Casarez for Fortune

One day, Perry insists, uBeam will be in bars, libraries, and industrial warehouses. Doubts about the concept make her happy because it means there is little competition.

Perry, who comes from a family of scientists—her father is a plastic surgeon who developed a line of cosmetics; her mother is a child psychologist—continues the tradition. In the third grade she invented a pair of reading glasses with lightbulbs on them. In the fourth grade she developed a robot to carry firewood. In the fifth grade she cultured bacteria from her mouth and a dog’s to see which was cleaner.

Today, Perry buzzes with blinding frequency. She talks a mile a minute and has difficulty remembering what she did the day before. “I have the memory of a gnat,” she laments, a product of her many meetings as uBeam works to prove critics wrong.

“This will be the mother of all markets when it comes together.”

This article appears in the August 1, 2015 issue of Fortune magazine.

For more of Mark Cuban and Marc Andreessen discussing uBeam, read this.