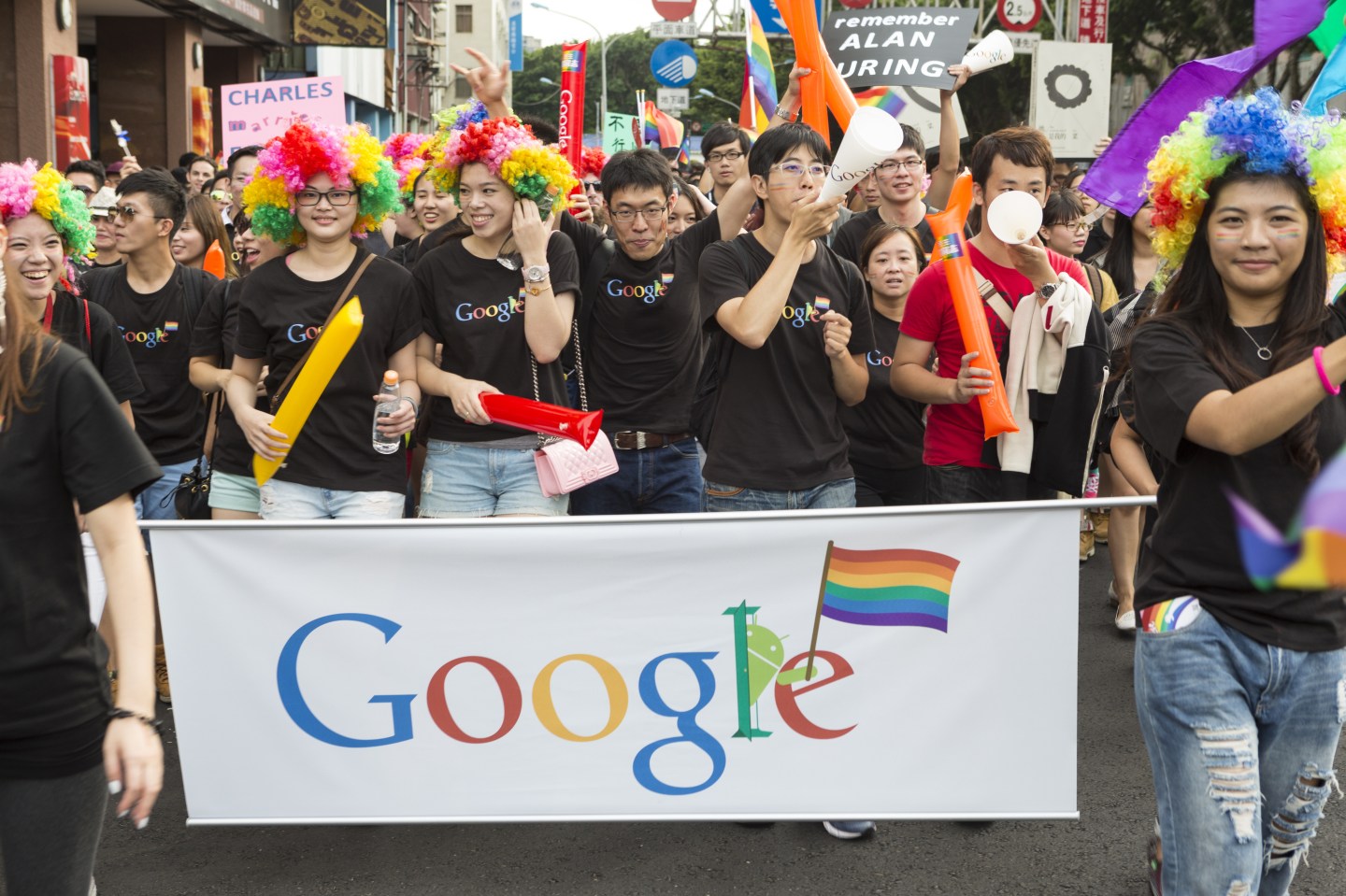 Add Google to the list of major companies voicing their support for proposed legislation that would ban discrimination against members of the LGBT community.

The online search giant on Tuesday joined the likes of Facebook (FB), General Mills (GIS), and Nike (NKE) in publicly backing the Equality Act, a landmark anti-discrimination bill introduced in the U.S. House of Representatives last week. The Equality Act seeks to expand existing civil rights protections against racial and gender-based discrimination in the workplace and other public spheres to include safeguards against sexual orientation and gender identity.

“Diverse perspectives, ideas, and cultures lead to the creation of better products and services and ideas,” a Google (GOOG) spokeswoman told Fortune in an e-mail Tuesday. “And it’s the right thing to do. That’s why we support protections for LGBT Americans as outlined in the Equality Act.”

Other companies to announce support for the bill include Apple (AAPL), American Airlines (AAL), the Dow Chemical Company (DOW), and Levi Strauss.

Fortune reached out to a handful of other large U.S. companies on Tuesday to ask about their respective stances on the Equality Act. An IBM (IBM) spokesman said the company is still reviewing the proposed legislation. “IBM has a long standing commitment to equal opportunity, including LGBT employees,” the spokesman added. Fortune will add other firms’ responses as we hear back.

An increasing number of large corporations have embraced LGBT rights over the past few months. Earlier this year, tech companies Salesforce and Apple — whose CEO, Tim Cook, is openly gay — along with GE were among the most vocal critics of the Indiana Religious Freedom Restoration Act, which opponents argued allows for discrimination against gay and lesbian employees. Walmart (WMT) has also become an outspoken supporter of LGBT rights, particularly in its home state of Arkansas, where the nation’s largest private employer was joined by rival Target (TGT) in speaking out against that state’s religious freedom bill. Walmart and Target did not immediately respond to Fortune‘s request for comment on the Equality Act.

UPDATE: This article has been updated to include additional statements/comments from companies in support of the Equality Act.

As of Wednesday morning, Amazon (AMZN), General Electric (GE), and Hewlett-Packard (HPQ) have all sent additional statements to Fortune in support of the Equality Act. A Twitter (TWTR) spokesperson also confirmed that the company supports the proposed legislation. Read the companies’ full statements below:

Amazon’s e-mailed statement: “Amazon has a long history of supporting equality and we welcome the efforts of Senators Merkeley, Baldwin, and Booker, and Representatives Cicilline and Lewis, to provide full equality for LGBT individuals.”

GE: “Full federal rights for the LGBT community are a necessity, and we support comprehensive federal LGBT anti-discrimination legislation. In a globally competitive environment, it is essential we have fair laws that encourage inclusiveness and diversity and that insure we attract the best talent.”

HP: “HP has long believed in equality for all people and supports the Equality Act without hesitation.”