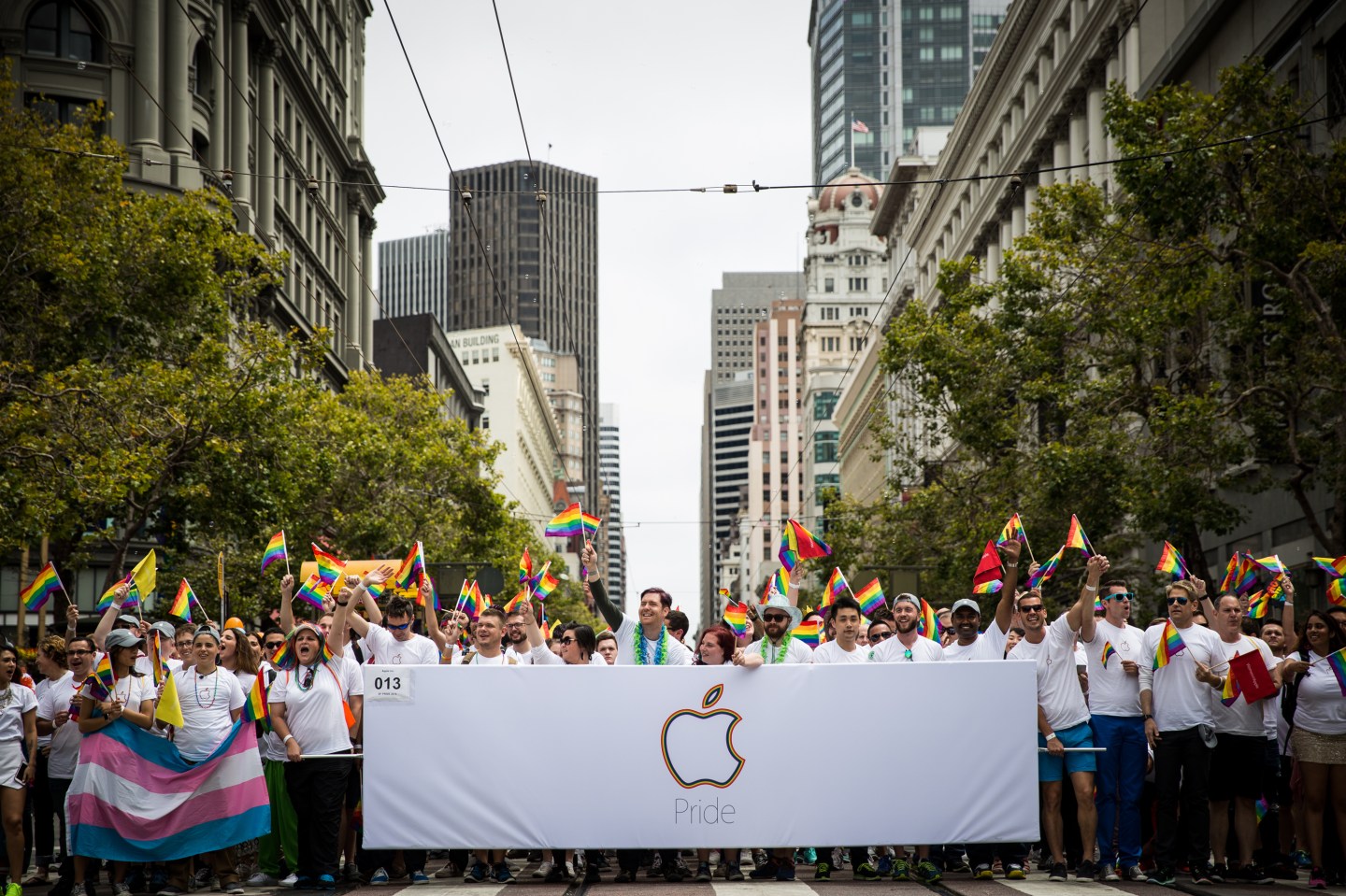 A new LGBT bill was introduced into the House on Thursday drawing the support of heavy hitters like Apple, the Dow Chemical Company, and Levi Strauss.

This new bill seeks to end widespread discrimination against the LGBT community. BuzzFeed writes that this bill will be “enacting broad legislation to protect LGBT people from discrimination — including in housing, workplaces, schools, and public accommodations.”

The bill currently has 165 cosponsors, with a reported 37 from California, 17 from New York, and at least 35 other states.

Not only has it drawn attention from the political sphere, but it has also drawn the public support of major companies.

Apple, with openly gay CEO Tim Cook at the helm, has released a statement hosted by The Human Right’s Campaign supporting the bill: “At Apple we believe in equal treatment for everyone, regardless of where they come from, what they look like, how they worship or who they love. We fully support the expansion of legal protections as a matter of basic human dignity.”

Dow echoed those sentiments, stating: “ The full inclusion of our LGBT colleagues and citizens is quite simply the right thing to do – for business and for society.” And Levi Strauss citing explicit support for the Equality Act as well, writes, “we have a long history of supporting LGBT equality, and the time has come in this country for full, federal equality for the LGBT community.”

Last week the Equal Employment Opportunity Commission said that businesses could not fire employees on the basis of sexual orientation, a rule likely to be challenged in the courts. If LGBT protection legislation was passed in Congress those challenges would have significantly less weight.