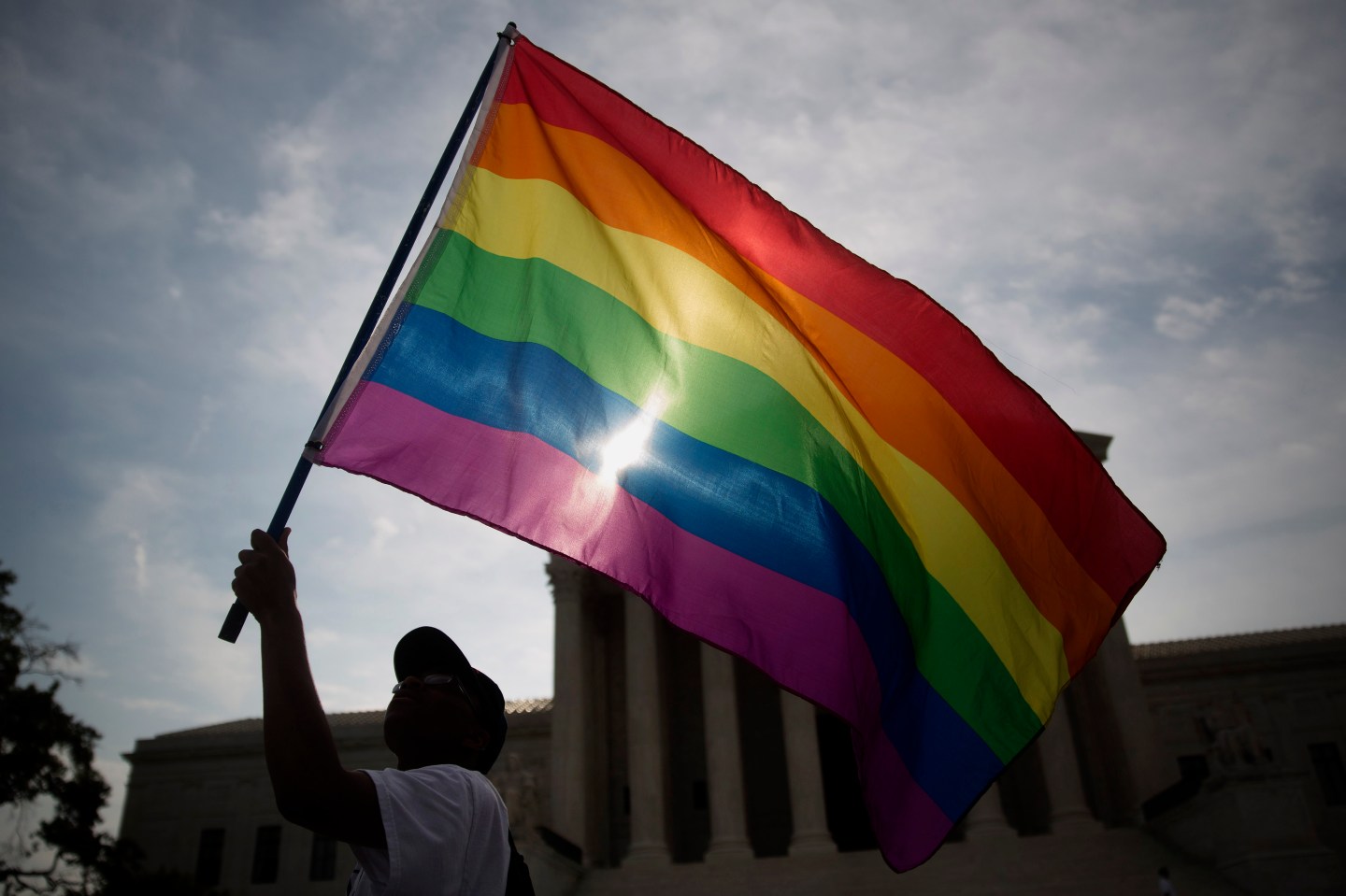 Carlos McKnight, from Washington, D.C., waves a rainbow colored flag outside the U.S. Supreme Court in Washington, D.C., U.S., on Friday, June 26, 2015. The high court will decide by the end of the month whether the Constitution gives gays the right to marry. The court's actions until now have suggested that a majority of the nine justices will vote to legalize same-sex weddings nationwide. Photographer: Andrew Harrer/Bloomberg *** Local Caption *** Carlos McKnight
Photograph By Andrew Harrer – Getty Images

The LGBT community has made headlong strides in recent years to strike down discriminatory laws and secure rights through the federal court system in recent years.

On Thursday, it won another victory, this time in the executive branch, when the Equal Employment Opportunity Commission (EEOC), ruled that it considers discriminating against an employee for his or her sexual orientation a form of “sex discrimination” outlawed by Title VII of the 1964 Civil Rights Act.

The decision has been cheered by the LGBT community, which has long lamented the fact that it was legal to discriminate against gays and lesbians in the workplace and in areas like housing and education. It is illegal to discriminate in these areas based on sex or race.

But the EEOC argued Thursday that while Title VII of the 1964 Civil Rights Act doesn’t expressly ban discrimination against workers because of sexual orientation, “Sexual orientation’ as a concept cannot be defined or understood without reference to sex,” and is therefore a form of sex discrimination.

This won’t be the last word on the subject, however. While the EEOC may now decide to bring suits against companies for discriminating against workers on the basis of sexual orientation, it’s the federal courts that will have the last say on the matter in terms of interpreting what rights the ’64 act actual bestows. As Dale Carpenter, a Professor of Civil Rights & Civil Liberties Law at the University of Minnesota Law School, wrote Thursday in The Washington Post:

The interesting question now is how many circuit courts will go along with the EEOC’s new interpretation of Title VII. The EEOC’s views on the scope of Title VII are considered persuasive, but not binding, authority on the courts. The next president could appoint commission members who feel differently about the meaning of Title VII, and they could reverse this divided opinion. Either way, a circuit split on the issue could be resolved by the Supreme Court in the next few years.