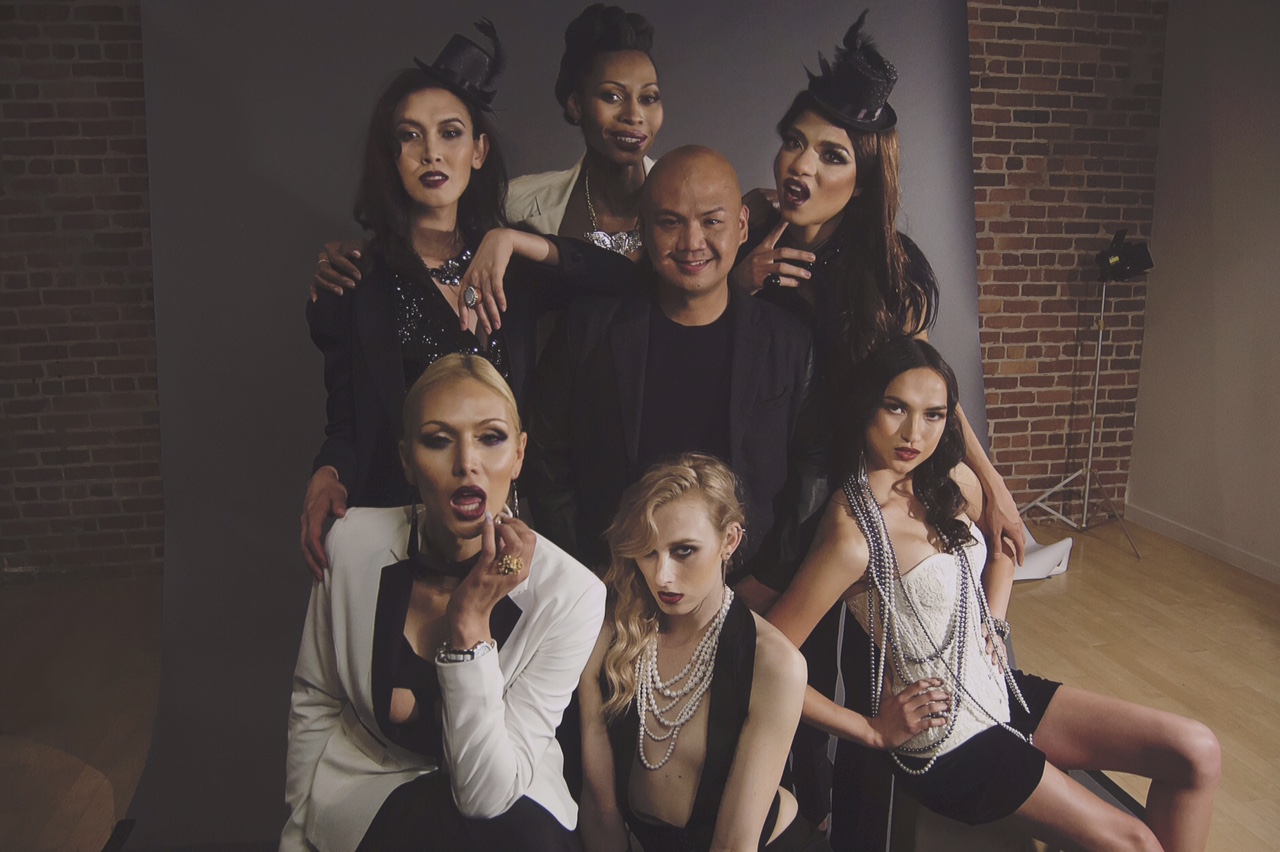 Cecilio Asuncion, the director of the LA branch of the Thailand-based modeling agency Apple Model Management, standing in the middle of his six models.
Courtesy of Apple Models Management

With Caitlyn Jenner gracing the cover of Vanity Fair, transgender models on the runway, and a batch of new TV shows featuring transgender people, it was perhaps only a matter of time: The world’s first agency for transgender models is to be officially launched next month.

Asuncion, who spotlighted five transgender women in his 2012 documentary What’s The T? , says his mission is to turn the working models into supermodels and groom rookie talent for the world of modeling. High-fashion runway gigs are great, but Asuncion says he aims to land the big brands that span cities, suburbs and strip malls across America.

“I want the Gaps. I want the Old Navys. I want the Banana Republics — just because it’s commercial work and that’s more mainstream,” says Asuncion.

The timing is right: more transgender talent appear in major fashion and beauty campaigns and on high-profile magazine covers: There’s Brazilian model Lea T, who recently scored a campaign for the American haircare company Redken; fashion darling Andreja Pejic and her contract with Make Up For Ever; teen activist Jazz Jennings fronting Clean & Clear; and of course, Caitlyn Jenner and Laverne Cox gracing the respective covers of Vanity Fair and Time magazines.

Still, getting the big advertising contracts is another story. Even Jenner, whose premiere episode of the E! reality series I Am Cait sold all of its ad time, has yet to pick up a a product endorsement. (Give her time. As branding expert Dan Schawbel told Fortune, “The true test is, how successful will her reality TV show be? If it’s successful, you’ll see a lot of momentum. There will be endorsement deals, book deals.”)

Asuncion said the models are up for consideration to appear at New York Fashion Week in September. Without going into detail, he name-dropped former Heatherette designer Richie Rich as a potential interested party.

“The lay of the land is changing,” said Asuncion. “It’s like, ‘OK, cool, you’re trans, let’s see what you got.’ Because I see the women as models first and trans women second.”

It may be a bit of an uphill battle. Hostility to the transgender community persists, and there remains a high risk of suicide among transgender people. Back in 1982, a tabloid outed Caroline Cossey, an English transgender model who appeared the year before in the Bond film For Your Eyes Only; Cossey — now 60 and living quietly in Atlanta — tells Cosmopolitan in an interview that she “went into hiding and even attempted suicide.”

“During that time she was stripped of all of the opportunities when they found out she was transgender,” said Asuncion. “So the (mission) of Apple Model Management is … ‘Let’s move on. Let’s make you into the best models you possibly can be.’ It’s really about their commitment. It’s really like going to work without having to feel that you have to hide.”

Erin Carlson is a journalist who’s covered the entertainment business for The Hollywood Reporter and The Associated Press.