Google’s new patent plan: how it will and won’t help startups 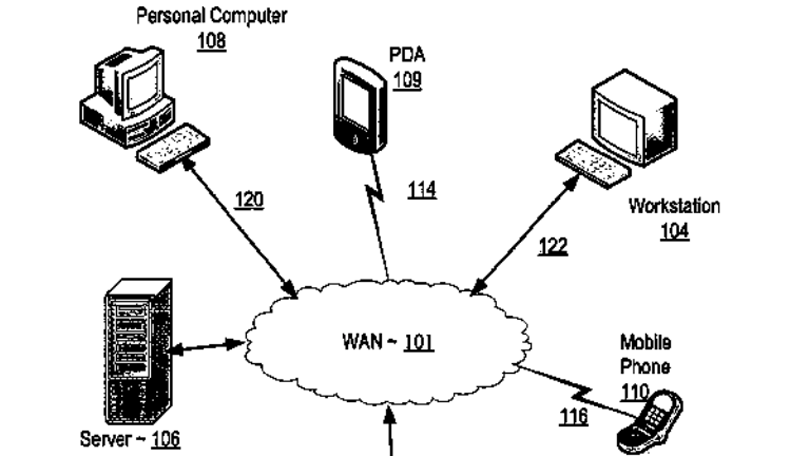 Google (GOOG) is giving away patents to startups. Some in the tech press said the plan, which will see 50 young companies receive two patents apiece, will help them fight patent trolls. But this isn’t really true – at least in the short term. Instead, the startup program should be seen as just one part of Google’s emerging efforts to remake the economic impact of patents in the tech industry.

The search giant’s strategy has several pillars and the so-called “Google Patent Starter Program,” announced last week, is the newest one. It involves an application process to award free patents to 50 companies that have between $500,000 and $20 million in revenue. If a company is picked, Google (GOOG) will dangle three to five relevant patents before the recipient, and ask it to select two.

It’s a nice gesture on Google’s part, but will two patents make a big difference for the startups? Not really. One reason is the patents Google is giving out are mostly defanged. They come with licensing terms that prevent the new startup owners from invoking them against certain companies and, more broadly, a patent can only be used for defensive purposes – otherwise the startup will have to give it back to Google.

The other big reason the Google giveaway won’t mean much for startups is that those patents – or any other patents – won’t stop the trolls. That’s because patent trolls, unlike productive companies, are just shells without real assets or business operations, meaning they’re not vulnerable to counterclaims in a patent case. As it stands, for now, the trolls will continue to plague startups and big companies alike unless Congress musters the will to pass proposed laws to undercut their business model.

So will the startups receive any value at all from Google patents? Yes, a little bit. The patents could, for instance, provide a deterrent to any competitor that wants to hobble them with nuisance lawsuits. The startups will also benefit from Google’s offer of free access to Innography (a commercial software tool for analyzing patents portfolios) and, more generally, from an in-the-weeds exposure to IP issues.

Ultimately, though, receiving a Google patent will not change the destiny of any individual startup. History shows that successful startups – think Uber or Pinterest or AirBnb – get where they are by focusing on innovation and execution, not by mastering patent strategy.

The real significance of the Google Patent Starter Program is instead more subtle, and should be seen against the backdrop of other moves Google is undertaking to change the economic incentives that have made patents such a problem for the tech sector in the first place.

One other such move came in April when Google opened a temporary patent portal in April that let sellers ask if the company wanted to buy their assets. According to Kurt Brasch, a lawyer at Google, the program was a big success. In a phone interview, he wouldn’t provide many details, but did say the company bought numerous patents at purchase prices ranging from $3000 to $250,000. He didn’t say so, but the process also no doubt gave Google unique strategic information about the overall market for patents, including price signals.

This raises the question of whether Google has another agenda on the patent front. Perhaps the search giant is actually tempted to follow the example of older companies like Microsoft and Qualcomm which, as their capacity for product innovation fades, have turned to their patent portfolios as a new revenue stream. Brasch, however, quickly dismissed this suggestion.

“I can certainly say we’re not headed in that way,” he said, explaining that Google has no intention of using its patents to coerce others into buying licenses. Instead, he said the goal of the purchase program was in part to create more realistic expectations about the actual value of patents in the secondary market. (Translation: they’re not worth as much as some speculators think they are).

Brasch’s claim is bolstered by other Google initiatives, including the launch of a powerful new search tool for uncovering so-called “prior art” references that can help attack bad patents, and prevent them from being issued in the first place.

The patent purchases and the new prior art tool are thus part of Google’s larger strategy to lower the number and the value of patents affecting the tech industry. The most important piece of this strategy, however, involves the expansion of the License on Transfer Network (LOT).

The LOT serves as a mutual non-aggression pact among a web of companies that include Pandora, Newegg and JP Morgan. Part of the pact entails a cross-license for companies within the network. And, crucially, it obliges any company that sells a patent outside of the network to attach a condition to the patent that prevents the new owner from using it to attack anyone within the network.

This network is critical to Google’s overall patent plans and, if you look closely, it’s easily the most important piece of the new “Patent Starter Program.” More specifically, the new starter program obliges the startups who receive Google patents to sign up for the LOT network, a condition that’s easy to accept since Google will pick up the first two years of the membership tab.

The upshot of the “starter” program, then, is that Google has found a way to add 50 potentially important young companies to the patent non-aggression pact. Their inclusion in the network will ensure that, if the startups fail, their intellectual property will be less attractive to patent trolls looking for shakedown weapons. And if they succeed, their executives will be part of a culture that rejects the use of patents as a tool for aggression and ruinous lawsuits.

The bottom line is that Google’s patent giveaway won’t protect startups from patent trolls or lead them to succeed in the market. But the Patent Starter Program could create big long-term ripples in how the tech industry views and uses patents.