Walmart’s battle with Target moves to the baby aisle 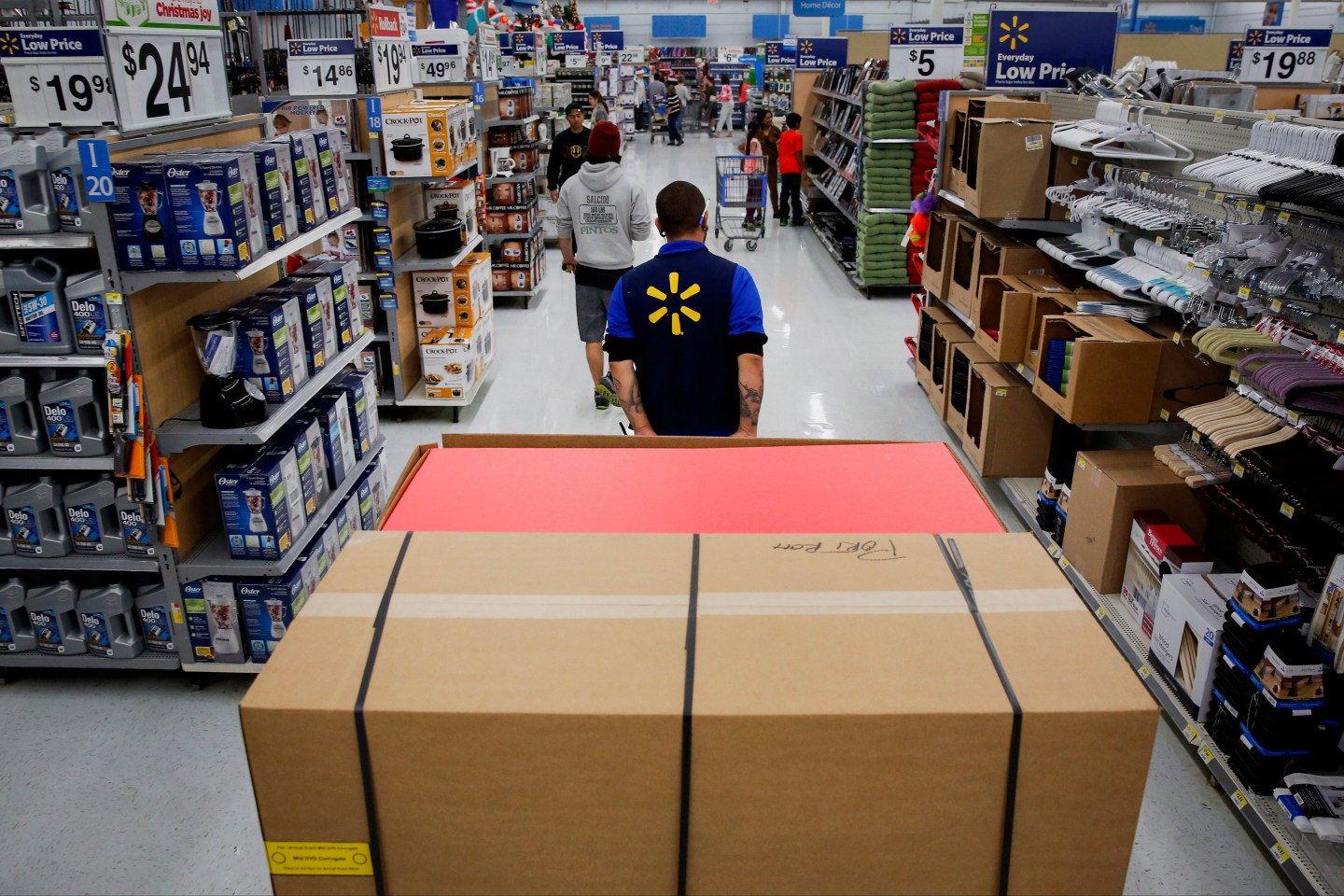 An employee pulls a forklift with display units for DVD movies at a Wal-Mart Stores Inc. location ahead of Black Friday in Los Angeles, California, U.S., on Monday, November 24, 2014. Retailers are planning to open earlier on Thanksgiving day this year in a bid to draw shoppers. Wal-Mart Stores Inc. is making Black Friday, the shopping day after Thanksgiving, a weeklong event this year. Photographer: Patrick T. Fallon/Bloomberg via Getty Images
Photograph by Patrick T. Fallon — Bloomberg via Getty Images

Oh baby, the fight is on.

Walmart (WMT) announced on Thursday it was greatly expanding its array of products for babies and their mothers, a move that takes direct aim at a category critical to arch-rival Target (TGT).

Walmart is adding hundreds of products from 20 brands, including new names like Britax, Plum and Ella’s. It will also boast an exclusive car seat that alerts parents when a child, or a pet, is left strapped inside a hot car. The world’s biggest retailer, in the midst of a big push to beef up its e-commerce to better compete with Target and Amazon.com (AMZN), is also making its baby registry accessible on its mobile app.

“First-time moms like me want everything perfect and brand-name, while second-time moms tend to focus on just getting through the day,” Diana Marshall, vice president of baby for Walmart U.S., said in a blog post explaining the move. “Second-time moms also … [have] reduced the places they shop from a handful to only a couple, meaning convenience is important.”

Target CEO Brian Cornell has made it clear that baby products is a category he wants his company to dominate. As part of the discount retailer’s comeback strategy, it has rolled out special sections at 1,000 stores with products specifically aimed at mothers and mothers-to-be.

In the categories Target is prioritizing — including baby, wellness and style — “comparable” sales, or sales in stores open a year or more, rose twice as in the first quarter of the year as the company average, Target said in May.

Walmart and Target’s focus on babies is a way for them to get a bigger foothold with shoppers between the ages of 15 and 35. Also known as “millennials,” this group accounts for about 90% of new mothers in the United States, according to a Goldman Sachs report this spring. That’s up from about 50% a decade ago. What’s more, the Goldman report said parents already spend $1 trillion a year (excluding college costs) on their kids. That amount will only grow, given the current demographic trends.