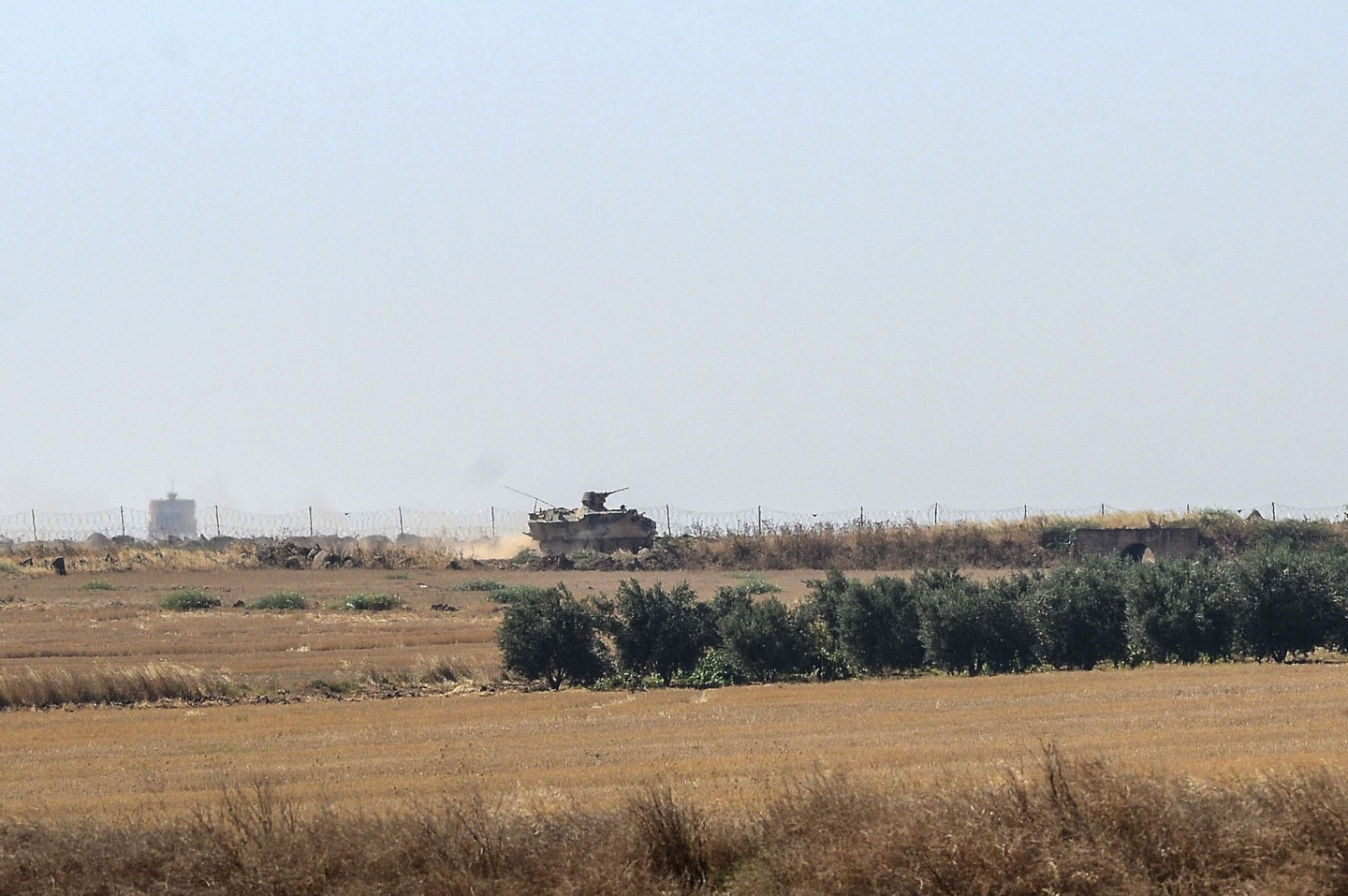 KILIS, TURKEY - JULY 24: A view from Turkey's Syria borderline after the clashes with Turkish soldiers and Daesh terrorists, in southeastern Turkey's border city Kilis on July 24, 2015. Gunfire to a Turkish border post from Syria across the border killed a Turkish non-commissioned officer and wounded two sergeants in Turkeys southern Kilis province, according to official sources, yesterday. Turkish forces responded by targeting positions across the border with artilleries and airstrike. Reports suggested at least one Daesh militant was killed. (Photo by Fatih Aktas/Anadolu Agency/Getty Images)
Photograph by Getty Images

Wall Street stock futures are higher as Amazon’s better-than-expected earnings restore a measure of confidence over the health of U.S. stocks. Commodities, however, are at or close to multi-year lows after fresh evidence of the slowdown in Chinese industry.

Today’s must-read story is from Fortune‘s Geoff Colvin and it looks at the three job skills that human workers need to thrive in a world where more and more tasks can be performed by robots.

1. The war on Islamic State

Turkey has agreed to let U.S. warplanes use its airbases to strike Islamic State targets in neighboring Syria and Iraq, in a move that could greatly extend the scope of actions against the extreme Islamist group. The move follows clashes involving Turkish border forces and a terrorist outrage against Kurds in eastern Turkey earlier this week–incidents that appear to have tilted official opinion in Turkey against IS, after months of dithering.

Healthcare group Anthem Inc. has finally tied up its agreement to buy Cigna Corp. in a deal valued at $54.2 billion, in the latest and largest in a string of deals shaking up the national healthcare sector.

Biopharmaceutical giant AbbVie (ABBV) reports second-quarter earnings results today and the company is expected to show strong growth in terms of both profit and sales, particularly where it comes to sales growth for its rheumatoid arthritis treatment, Humira. Investors will also be interested to hear about AbbVie’s agreement to buy rival drugmaker Pharmacyclics in a $21 billion deal announced in March. Also reporting earnings today is Biogen (BIIB), which is expected to report strong second-quarter sales of its multiple sclerosis drug, Tecfidera. But, what could really jolt the company’s shares is news on the results of Biogen’s year-long tests of its experimental Alzheimer’s drug, aducanumab.

Greece’s creditors return to Athens today to begin in-depth negotiations for the troubled country’s third bailout. Leaders from the European Commission, European Central Bank, and International Monetary Fund will meet with Greek officials with an eye toward approving the 86 billion euro bailout plan before next month’s deadline for Greece’s 3.4 billion euro payment to the ECB. Greek Parliament recently voted overwhelmingly to adopt a second set of austerity measures that are key to securing the bailout, though there has been vocal opposition to the proposal from within the country’s ruling left wing party.

Best Buy (BBY) is the latest retailer to resort to a Black Friday-style sale in the middle of the summer with a promotion that starts today and includes “Black Friday pricing” on a range of electronics and appliances, according to the company. Best Buy, which is currently in the midst of a turnaround after years of disappointing sales, joins Amazon (AMZN), Target (TGT), and Walmart (WMT) in trying to capture some of that after-Thanksgiving sales magic in July. Of course, these deal sprees come after retail sales fell 11% during last fall’s Thanksgiving-Black Friday shopping weekend and, as Fortune‘s Phil Wahba recently pointed out, retailers could run the risk of consumers getting burned out on endless promotions.