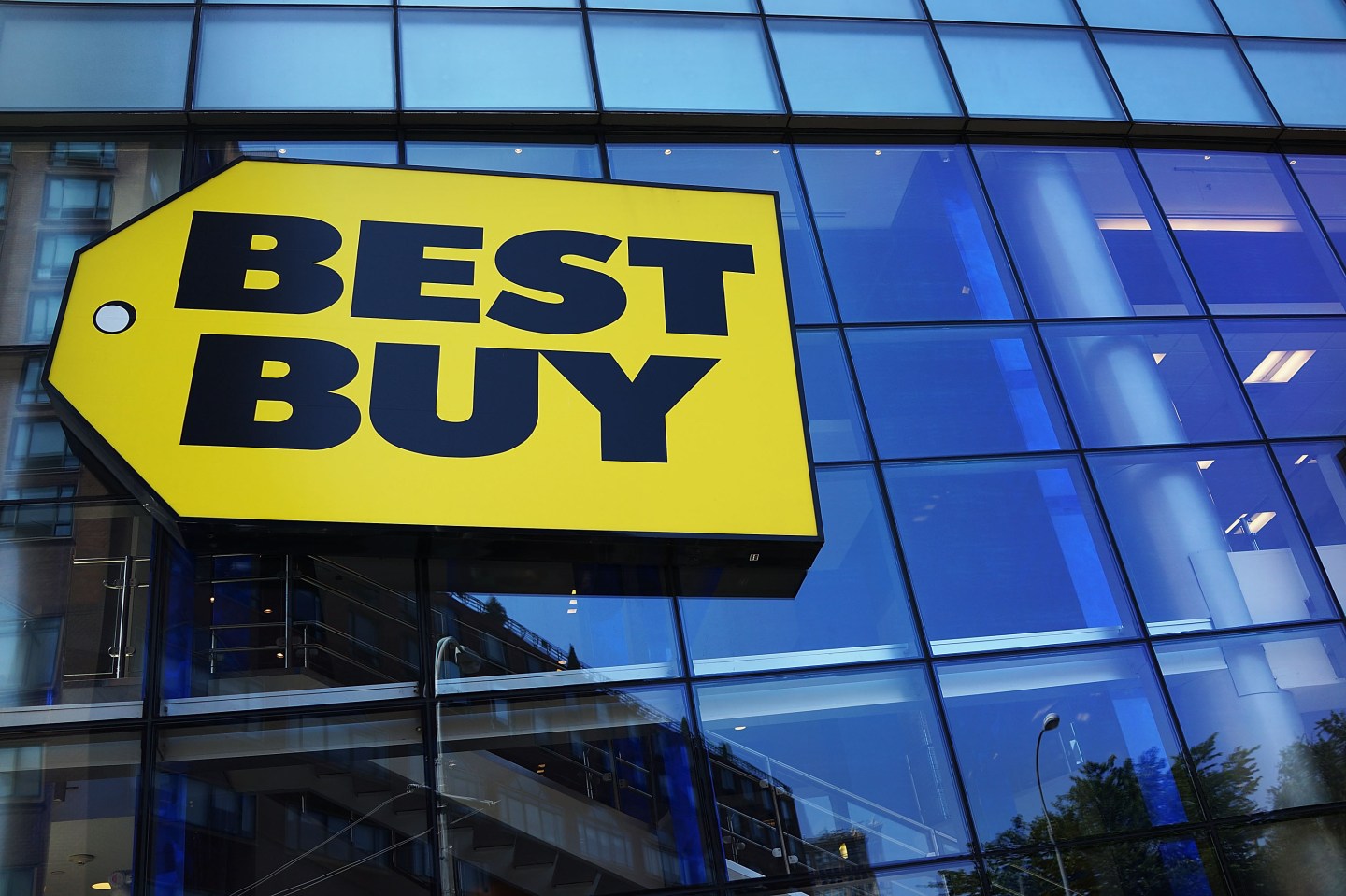 Best Buy’s investors are reaping the rewards of a turnaround at the electronics retailer.

The chain has reported two consecutive quarters of growth in U.S. same-store sales, the first time that’s happened in nearly five years. The company also unveiled plans to reward shareholders by raising its dividend and buying back shares.

For their patience, Best Buy’s shareholders are certainly benefiting. The stock has greatly outperformed the broader market since Best Buy brought on Hubert Joly as CEO in 2012.

Best Buy (BBY) has turned around its U.S. operations., shed assets abroad and trimmed expenses to help lift profitability. Those efforts aren’t completely outside-of-the-box thinking. But Joly’s success comes at a challenging time for brick-and-mortar retailers, in particular those that sell gadgets. Circuit City? Gone. RadioShack? Filed for bankruptcy earlier this year. In an Amazon.com-dominated world, Best Buy could have been toast too. But it isn’t.

If Best Buy continues to perform well, it could become another example of a turnaround “success story.” Fortune took a look at four other companies that have pulled themselves out of a deep ditch, often following the arrival of new leadership, new products and a lot of luck. Here they are:

The auto maker's shares fell to as low as $1.01 in late 2008 at the height of the financial crisis. But unlike rivals General Motors and Chrysler, Ford (F) didn't land in bankruptcy because of a bit of luck. Before the crisis unfolded, Ford had mortgaged nearly all of the company's assets for billions of dollars in loans to finance a turnaround, giving it a much-needed cushion to survive a steep decline in new automobile sales. Under former CEO Alan Mulally, the auto maker sold off its European luxury brands, closed Mercury and ultimately streamlined down to just two brands: Ford and Lincoln. Ford's sales have strongly rebounded in recent years, totaling $144 billion in 2014, up from $118 billion in 2009.

The coffee giant has reported strong sales and store traffic for so long, many just assume Starbucks (SBUX) always does everything right. But that wasn't always the case. Starbucks, like Ford, badly stumbled during the recession as customers cut back on buying pricy lattes and frappucionos. At one point in 2009, shares its traded under $9. Starbucks was never in danger of going out of business. But it needed change. To slash costs, it cut thousands of jobs and close hundreds of stores, echoing moves made by many retailers and consumer-product makers at the time. There was even an initiative to sell cheap combo breakfasts. That thrifty side of Starbucks is long gone, as the coffee company has returned to the high-end coffee market. It is also adding food to its menu and testing sodas and alcohol in some stores -- all in a bid to move beyond its roots in basic coffee. Today, the company's shares trade for more than $90.

No story focused on corporate turnarounds can be complete without highlighting Apple (AAPL). When Steve Jobs returned to Apple after an 11-year absence, he pulled off one of the greatest comebacks in U.S. corporate history: rebuilding a near-bankrupt tech company to become the most valuable U.S. firm. Apple churned out hit after hit: Mac computers, iPod music players, iTunes digital music store and perhaps most importantly, the iPhone. The company wins kudos for its retail stores, blockbuster product launches and savvy marketing. Current CEO Tim Cook has steered the gadget maker effectively since Jobs' death in 2011 with Apple earlier this year becoming the first U.S. company worth more than $700 billion.

Xerox (XRX) has gotten a lot of press over the years for rebounding from near bankruptcy after copy machines fell out of favor. The stock was badly battered in the dot-com crash 15 years ago, during the recession and yet again in late 2012. Anne Mulcahy led the initial turnaround, winning praise for returning Xerox to profitability and dealing with an accounting scandal that ended with a $10 million settlement, the largest ever at the time for accounting fraud. Ursula Burns, who helped steer the earlier turnaround with Mulcahy, is now the current CEO. She kicked off her tenure by paying $6.4 billion for Affiliated Computer Services, which handles data processing for businesses. Xerox is now on track to generate two-thirds of its revenue from services by 2017.