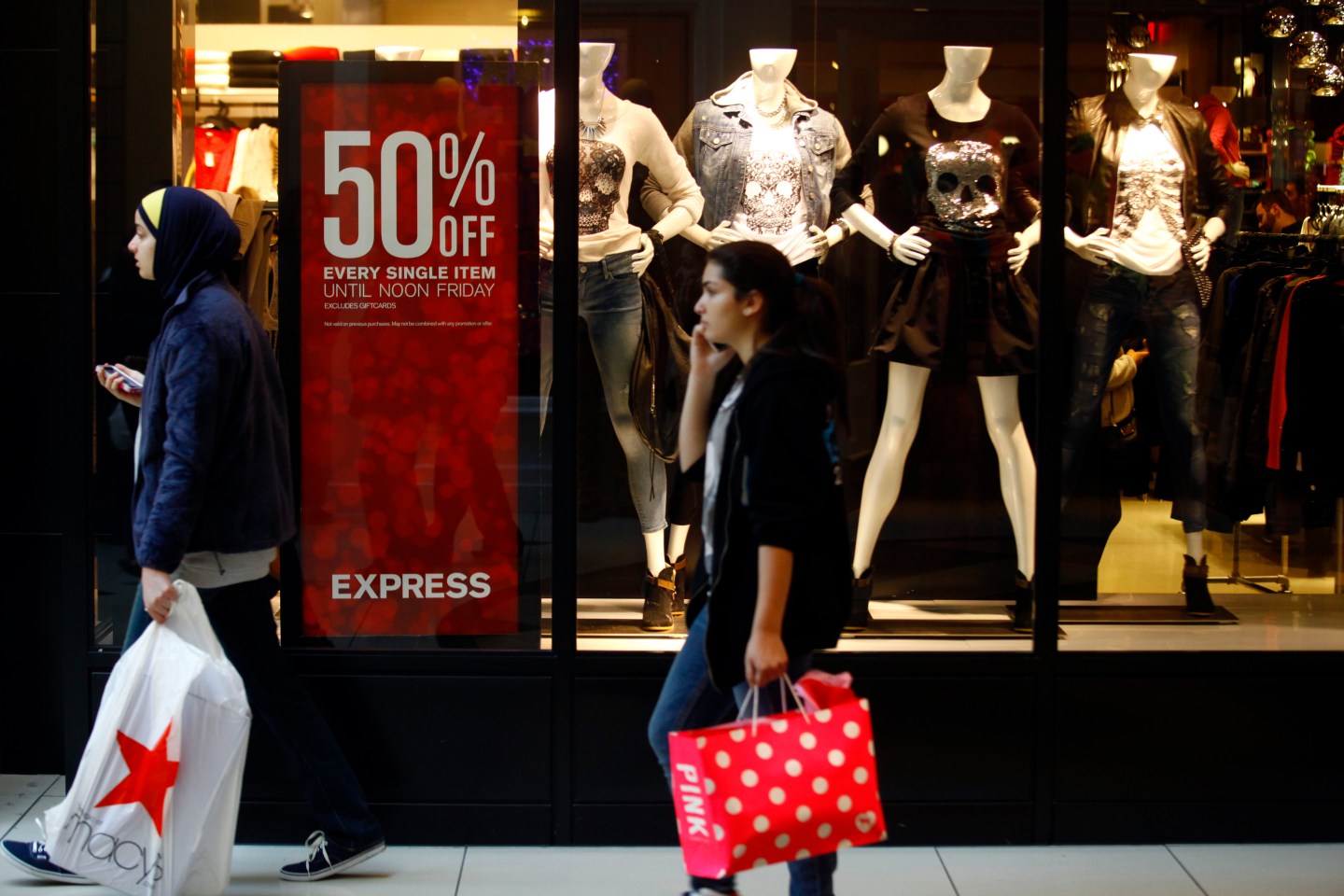 The National Retail Federation’s estimate that retail sales fell 11% over the key four-day Thanksgiving-Black Friday shopping weekend was a disaster, but not just for the obvious reason.

Analysts Fortune spoke to on Monday all say the sector is still on track for a decent holiday season, but the poor showing does make one thing painfully obvious: the complete lack of progress retailers are making on weaning customers off of profit-depleting discounting.

In fact, they’ve probably made the problem worse with their promotional strategies this year, and in the process, irreparably harmed Black Friday, a shopping event that has given them a read on shopper mood and long made it easier for them to fine-tune their strategy in the final rush to Christmas.

“The consumer has gotten a lot smarter. Retailers created their own pain and suffering by bringing a lot of deals into the week before Black Friday. It diminished the excitement,” David Bassuk, managing director and co-leader of the global retail practice at AlixPartners, told Fortune. “It’s made Black Friday a non-event.”

Data firms and analysts agree that while the long weekend was a bust, the overall season should still be in line with original forecasts, what with lower gas prices, rising consumer confidence and a slowly but surely improving job market. Indeed, Customer Growth Partners estimates that for the whole month of November, retail sales rose about 3.5%, modest but on par with its own forecasts. And the NRF itself said it still expects retail sales for the whole season to be up 4.1%, despite the poor holiday weekend showing.

Revenue that normally comes on Black Friday came in earlier in the month of November, including Thanksgiving itself because of earlier-than-ever promotions. (Wal-Mart Stores (WMT), for one, doubled the number of deals it offered in its season kick-off a month ago.)

“Black Friday itself was low because sales were cannibalized by Thursday (Thanksgiving Day),” said Craig Johnson, president of Customer Growth Partners. He noted that a Walmart he visited on Thursday was a mob scene, but nearly empty the following morning. About 30% of “Black Friday” visits to stores actually took place before midnight on Thursday, as more retailers opened their doors earlier, compared to 18% last year, according to data from shopkick, a retail tech company.

The stocks of major retailers from Wal-Mart, to Target (TGT) to Kohl’s (KSS) to J.C. Penney (JCP) and many others took a beating on Monday as it became clearly how promotion-driven the season will be.

Customer Growth Partners data shows that the earlier deals are having another unintended consequence: by bringing sales forward, retailers have less opportunity this year to make up for lost sales or profit margin depletion in December to meet their targets for the whole season. Johnson said that about 47% of holiday shopping is now done, compared to 43% traditionally by Dec. 1.

The conundrum for retailers is that they can hardly stand idly by when the competition is trotting out bigger discounts than ever, earlier than ever, worsening a race to the bottom that has bedeviled retailers for years, and clearly continues to. The problem is particularly acute for department stores and specialty clothing chains given how apparel sales have again been dismal so far.

“There’s the potential to harm themselves, but they feel so strongly that there’s limited wallet share, and they need to capture it,” said Ken Perkins, president of Retail Metrics. “People are going to shop all these promotions because the pie isn’t growing, because wages aren’t growing.”

And in many ways, by trotting out bigger deals earlier and diluting Black Friday (it’s not dead yet—87 million people still came out to shop), retailers have deprived themselves of important market intelligence, in terms of trends, projections, and customer reactions to promotions, making it harder to re-adjust their strategy in these final weeks before Christmas.

“The retailer has less of a sense of what’s working,” said AlixPartners’ Bassuk.