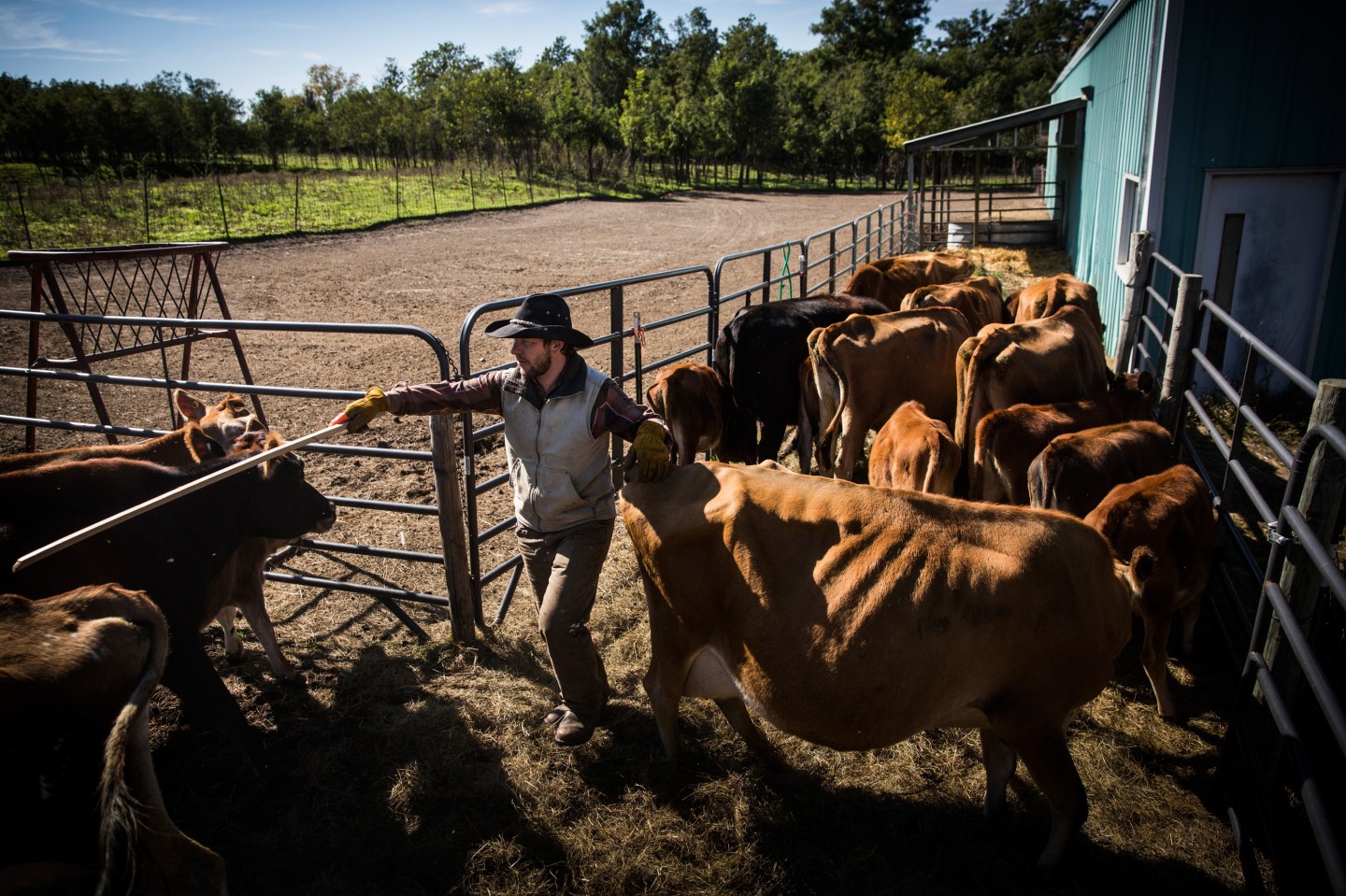 RAYMOND, NE - OCTOBER 11: Cattle farmer Ben Gotschall organizes his cattle while moving them to a new field for grazing on October 11, 2014 in Raymond, Nebraska. Gotschall, a native Nebraskan, is staunchly against the proposed Keystone XL pipeline, which he believes would negatively effect Nebraska's environment. (Photo by Andrew Burton/Getty Images)
Photograph by Andrew Burton — Getty Images

Silicon Valley, often accused of following the herd, is doing that quite literally when it comes to startups building technology for farmers. Some of the most well known venture capitalists and entrepreneurs are now focused on bringing the latest computing technologies — data analytics, cloud computing, mobile apps — to farms.

On Wednesday, farming software startup Granular said that it has raised a new round of $18.7 million in funding from investors Andreessen Horowitz, Google Ventures, and Khosla Ventures. New investors in the round, which is Granular’s second, included Tao Capital Partners, Emory Investment Management, Fall Line Capital, and H. Barton Asset Management.

Granular debuted last year from the split of another startup called Solum that was founded in 2009. Agriculture giant Monsanto acquired the half of Solum’s business that sold soil testing and data tech to farmers and folded it into the data team it acquired in 2013 from data startup Climate Corp.

Solum’s remaining technology, which is software, cloud-services, mobile apps and collaboration tools for farmers, was spun out into Granular. Now Granular’s software is helping a handful of farmers manage their farms more efficiently, using less water and less fertilizer. The tech enables them to tap into detailed data about how their farms operate in real time and, presumably, make better decisions. (Granular says it has several dozen customers covering about 1 million acres).

Granular is just one of dozens of startups trying to sell tech to farmers. The company is focused on the thousands of big farm owners that account for a third of U.S. farmland. These large farmers are increasingly buying up land from smaller farming operations and are looking for new tools to manage it all.

Not only has the agriculture industry been slow to adopt tech, but farmers are increasingly looking to use tech to reduce their use of water and fertilizer to save money. Water shortages from droughts are expected to become more common. As the world population hits 9 billion in 2050, farmers will have to produce more food, with less resources.