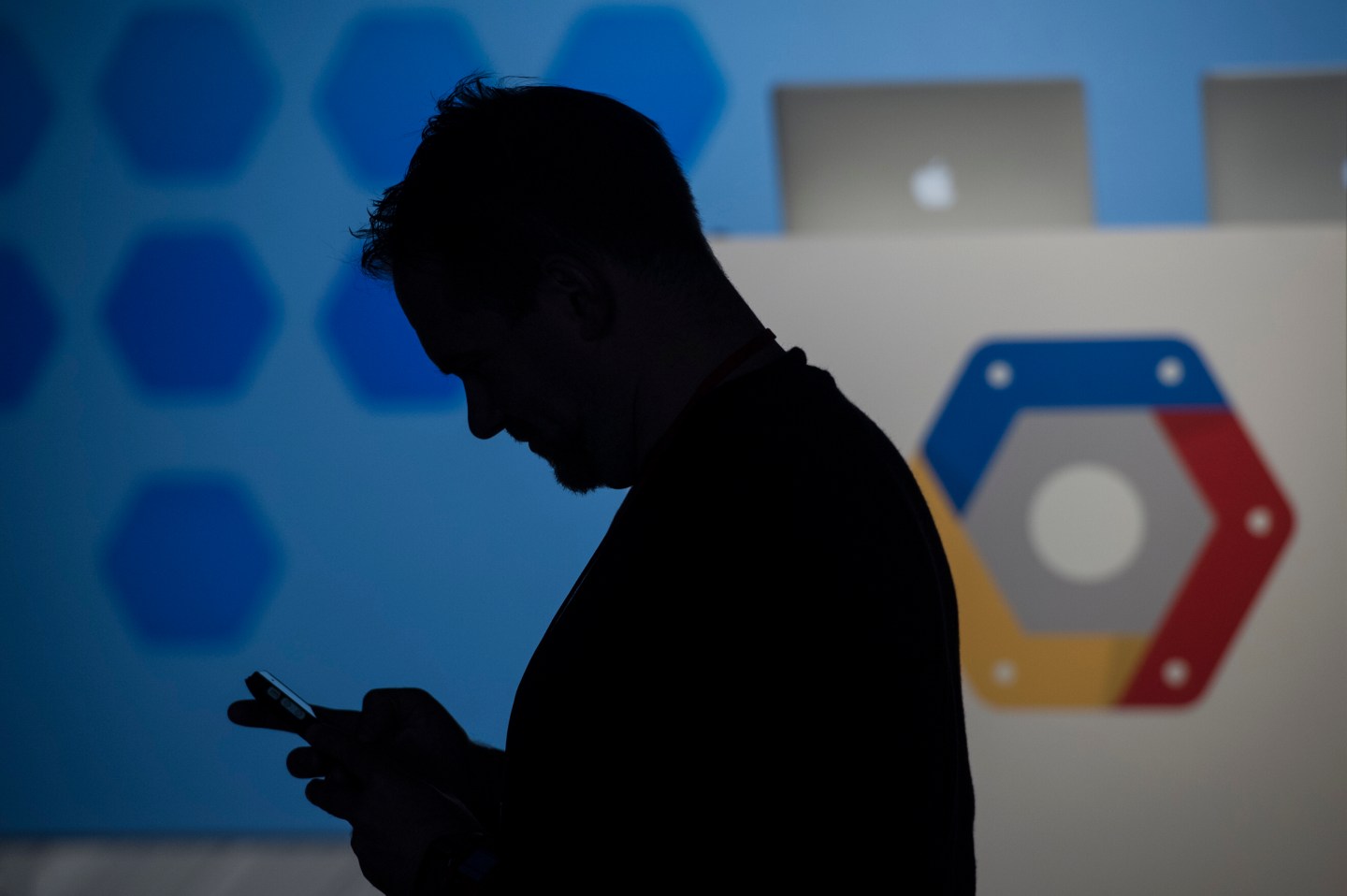 The silhouette of an attendee is seen checking his mobile phone prior to a Google Inc. Cloud event in San Francisco, California, U.S., on Thursday, March 25, 2014. Google Inc. cut prices on some Internet-based services for businesses by 30 percent or more, stepping up a challenge to Amazon.com Inc. and Microsoft Corp. in cloud computing. Photographer: David Paul Morris/Bloomberg via Getty Images
Photograph by David Paul Morris — Bloomberg via Getty Images

The wireless industry will undergo a radical shift over the next five years, according to Hans Vestberg, CEO of telecom networking giant Ericsson.

After spending decades improving Internet and voice services, the mobile industry will branch into new markets that range from automotive and healthcare to education. Instead of obsessing over ways to boost data speeds, companies are now designing networks that solve other pressing problems from reliability, to power efficiency and affordability, Vestberg said.

“Historically the mobile industry has been focused on the consumer, getting better performance and throughput to their devices,” Vestberg said. “Now we’re seeing demands from the industry that are different from those of consumers—things like security, location and especially latency.”

Ericsson, based in Stockholm, reported 2nd quarter earnings on Friday that showed net profits fell 2.09 billion Swedish kroner ($245 million), while revenue increased to 60.7 billion kronor from 54.9 billion kronor. After Ericsson’s (ERICCSON) earnings call, Vestberg sat down with Fortune to discuss Ericsson and the mobile industry’s future prospects over the next five years.

One of Vestberg’s main predictions may come as a surprise to readers in the U.S., the CEO believes 3G and 4G will dominate the world’s mobile connections by 2020. In the U.S. consumers take 4G phones for granted, but much of the developing world has been priced out of the mobile data revolution. According to Ericsson’s figures, 4 billion of the world’s 7 billion mobile subscribers have a 2G phone used primarily for voice calls and text messages. Phones with 2G are often slower than dial-up speeds and support Internet access.

As device makers launch more inexpensive smartphones they’ll proliferate around the globe, Vestberg said. “For every $10 you reduce the price of the smartphone, 100 million more people will buy them,” he added, citing data from Ericsson’s own research. “By the end of 2020, the only region of the world that will still have a lot of 2G connections may be Africa.”

As 3G and 4G takes hold globally, the mobile industry is also set to introduce the next generation of cellular networking, 5G. However, 5G will be much different from its predecessors. While 3G and 4G narrowly focused on delivering speed, 5G will be a bunch of different technologies, each focused on different types of applications, devices and use cases.

5G will definitely have a bandwidth component—in tests, we’re seeing multi-gigabit peak speeds—but in some cases, 5G networks will be designed to be slower than 2G networks. Why? Well, that’s because if you sacrifice speed, you can create extremely low power or far-ranging networks. If you’re an agricultural company building a vast grid of soil quality and moisture sensors across huge tracts of farmland, you don’t need much bandwidth. You need a highly reliable network with sensors that can stay buried underground for years on a single battery charge, he explained.

Another type of 5G would focus on latency, which is the time it takes for a data request to make it through the network and back (think of the delay between the time you click on a link and the time it takes for the webpage to pop up). As autonomous cars hit the road, they’ll need to communicate with one another and the network at split-millisecond speeds, alerting each other to their intentions and potential obstacles on the road. Your connected car may need a high-bandwidth connection to stream a movie to a display in the backseat, but in order to drive on the road it will need to have the instant reflexes only a low-latency network can bring, Vestberg said.

5G won’t necessarily require mobile operators to build multiple networks. Instead, current networks should be capable of configuring itself for any type of connection or application at any given time. “One slice of the network could provide a high-speed connection to some devices, while another slice could provide a very low-latency connection to autonomous cars,” Vestberg said. While some devices would be optimized—for instance a sensor—to receive one type of 5G link, Vestberg added, others, such as cars, could receive any type of 5G connection.

Ericsson is already testing these technologies out in the field alongside competitors like Huawei, Samsung, Nokia and academic research institutions like NYU. The full extent and scope of what will become 5G, though, hasn’t yet been determined. There’s still no agreed-upon 5G standard, and there won’t be for several years. One thing is certain, though, the mobile industry and global regulators want 5G to become a far more significant technology than 3G or 4G ever was. There are proposals to use 5G to blanket whole countries or even continents with cheap mobile broadband coverage or make it the backbone of the Internet of things.

For his part, Vestberg isn’t apologizing for his industry’s newfound ambition. “I believe mobile technology has a much broader role to play,” he said. “It could solve some of the biggest problems on earth.”