Founders of #BlackLivesMatter: Getting credit for your work matters 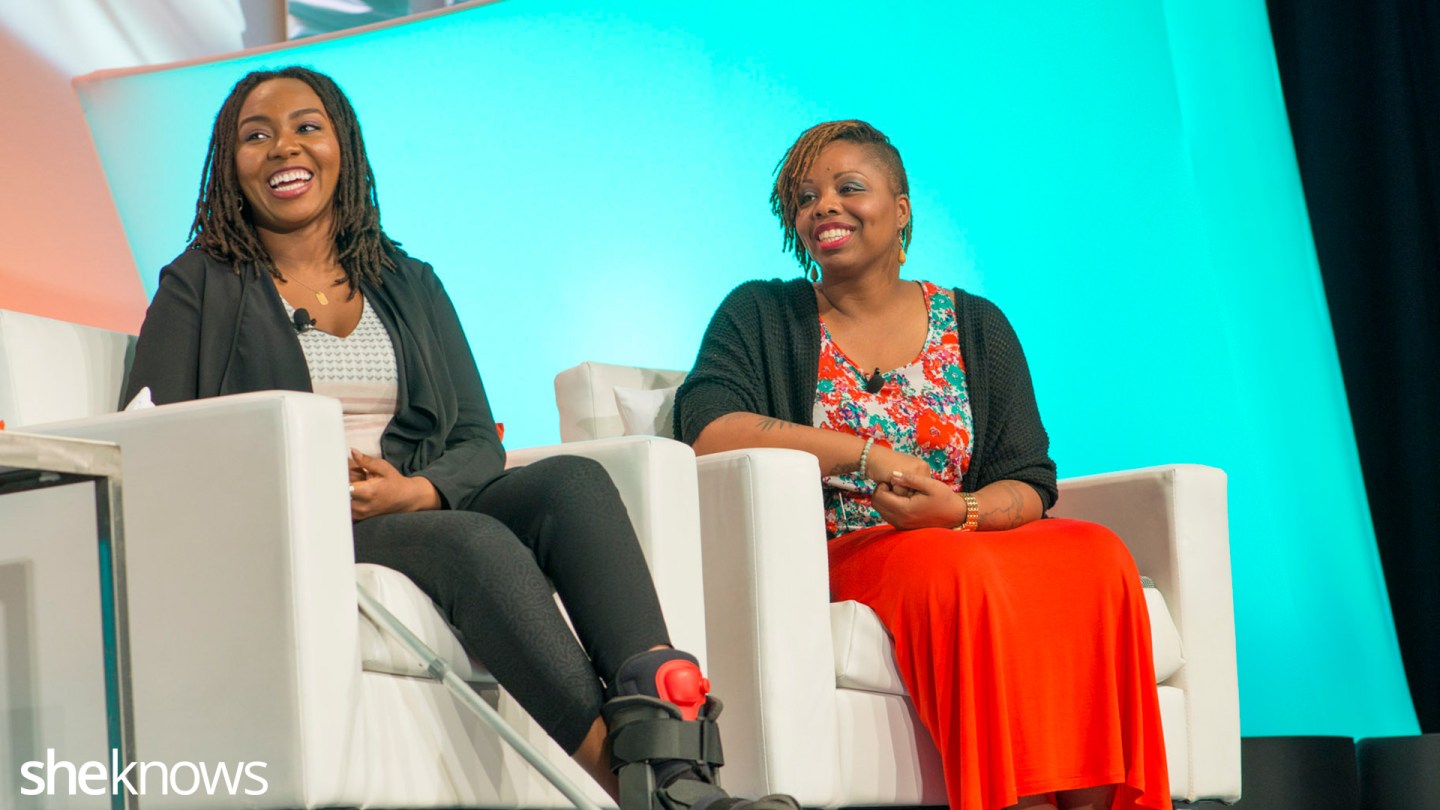 Leading a social justice movement is not something that most women can relate to.

However, the female founders of #BlackLivesMatter do struggle with one issue that will resonate for many women: failing to claim credit for their impressive achievements.

“This is what we do as women. We do our work, and we don’t think twice about taking the credit,” said Patrisse Cullors, co-founder of the social justice organization, which was created in 2013 in the wake of the acquittal of George Zimmerman, the man who shot unarmed black teenager Trayvon Martin.

Cullors and her co-founder Opal Tometi spoke on stage with Essence editor-in-chief Vanessa De Luca at the #BlogHer15: Experts Among Us conference on Thursday evening. (#BlackLivesMatter’s third co-founder, Alicia Garza, did not attend the event.) Among other things, the duo spoke about the unique challenges—and opportunities—that exist for female leaders.

“If we didn’t insert ourselves into the narrative, we would have been erased,” Cullors said, referring to instances where media outlets reported on the #BlackLivesMatter movement without asking for input from its co-founders.

Cullors and Tometi are not just fighting for recognition. They told the #BlogHer15 audience that they also believe it’s vital that they have the opportunity to shape the conversation that they started. As women, members of the immigrant community and members of the LGBTQ community, they bring a unique dimensionality to a story that’s often seen from a single viewpoint.

“It’s not just about black heterosexual lives,” Tometi reminds us. “It’s about all black lives.”