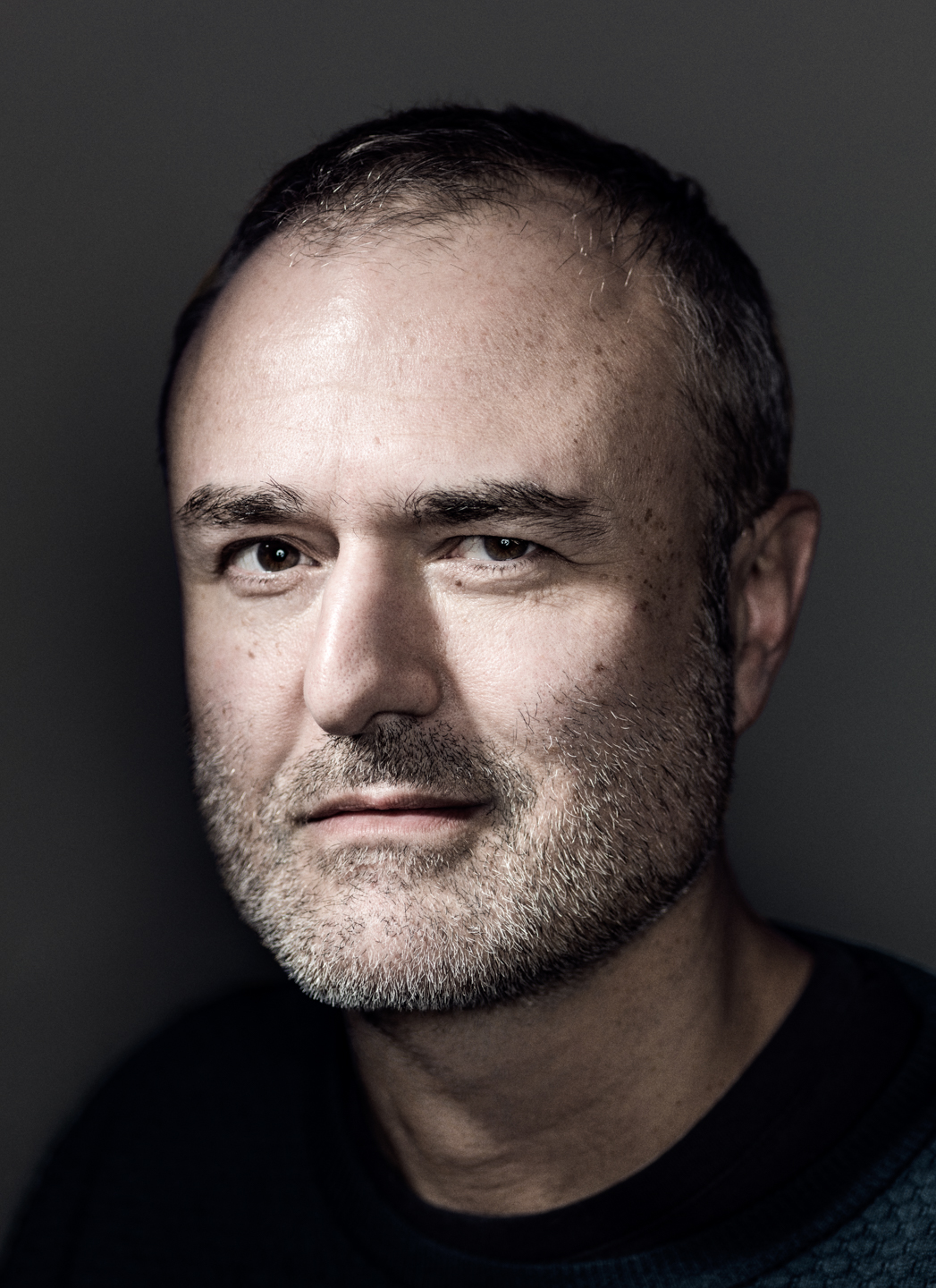 It’s hard to be popular when you embarrass people and suggest your rivals sleep with swine. But Nick Denton, owner of Gawker Media, is trying to be liked all the same. After years of embracing the role of caustic outlaw, Denton is on a charm tour with his peers in the press—last month, he smoked a joint in front of a New York Times reporter—with the hope of showing everyone how he really, truly can play nice with others.

A lot is riding on the outcome. The media industry is in a “get big or go home” phase, and Gawker is hoping to find a friend with deep pockets who has the backbone to stand behind his distinct, abrasive vision of journalism. In a recent chat with Fortune, Denton dropped hints about possible partners, shared his thoughts about Facebook and online advertising, and dispelled the idea that his newfound sunny disposition is the product of his recent marriage.

“It’s not in the public interest to see Hulk Hogan’s weiner per se,” Denton tells me on a hot Friday afternoon in Gawker’s soon-to-be-vacated office in New York’s SoHo neighborhood. “But it is in the public interest to understand news stories. Like it or not, news and public life involves sex and drugs and other matters that people might find indecent. The only thing we find indecent is media that ignores stories people care about.”

The Hulk Hogan example is not hypothetical. It instead reflects Gawker’s position in a Florida court case where the former wrestler is asking a jury to award $100 million because the website published a short clip of tape showing Hogan having sex with the then-wife of a minor celebrity. The trial was supposed to start next week, but an appeals court ordered a temporary halt over a procedural issue; meanwhile, a court ordered the FBI to disclose evidence–in the form of additional Hogan sex tapes–to Gawker’s lawyers.

The trial, now set for October, still poses an existential threat to Gawker. But Denton sees the recent FBI ruling as a partial victory. He believes it validates his overall argument in the Hogan affair: That Gawker had a free-speech right to publish the tape not as titillation but as proof of the behavior of a self-aggrandizing celebrity who had already made his sex life public in a media narrative.

As for the Hogan story itself, it’s classic Gawker-style journalism and one of the many bombshells published by the company’s namesake publications and its sister titles, which include Deadspin (sports), Jezebel (women’s interest), and Gizmodo (tech). Other stories published by the company have exposed the crack-smoking mayor of Toronto, the fictitious dead girlfriend of a football star, and quarterback Brett Favre’s below-the-belt selfies. If there’s a common thread here beyond male genitalia and stupidity, it’s Gawker’s willingness to report on powerful people even when others who have the same information will not.

“I’m glad that organizations like us and BuzzFeed can provide some cover for newspapers that are more cautious. It’s sort of flattering and good for the eco-system as a whole,” Denton says. “We take the view that we’re not responsible for an original breach, but if information is out there and it’s interesting, we’ll absolutely run the stories.”

Denton spoke well of BuzzFeed several times over the course of the interview, perhaps implying that his viral rival could be a strategic partner one day. The well-funded site (it’s raised nearly $100 million in venture capital since its founding in 2006) has some of the same digital brashness as Gawker, and recently lent legal support in the First Amendment fight over the Hogan tapes. BuzzFeed is also expanding quickly. It has acquired smaller companies and attracted interest from the likes of Disney, though it has not publicly expressed a desire to invest in Gawker or any other media company.

“Let’s get through the Hogan trial first before we talk about that,” Denton said about his rumored search for investors. “[But] it’s clear that a robust media company needs a strong financial footing in order to face down illegitimate lawsuits like we’re fighting.”

(After this story was published, Denton sent an email saying, “I’m an admirer of Buzzfeed’s evolution from viral marketing agency to media conglomerate. But I don’t envision us going into the journalism business together.”)

Even for an unstable industry, 2015 has been a choppy ride for digital media. Smaller outlets have been wiped out (like my former employer Gigaom) or swallowed up (like Re/code, which was acquired in May by Vox Media, or TechCrunch and Huffington Post publisher AOL, acquired last month by Verizon). Recent technology trends, such as the spread of ad-blockers and readers’ ongoing embrace of smaller screens where advertising is more difficult to sell, pose new challenges to publishers’ business models.

Denton is unfazed. He’s adamant, for example, that media companies should not grab the apparent lifeline offered by Facebook’s “Instant Articles,” which promise to bring publishers’ content to Facebook users faster by natively hosting it within Facebook. Early partners for the effort, such as the New York Times, are tempted by the prospect of a new revenue stream and the chance to reach Facebook’s (FB) vast audience. The catch? Facebook decides which articles will be seen.

“So many media organizations are just playing to Facebook,” Denton said. “They’re just catering to the preferences … expressed in some algorithm that nobody understands. It’s almost like we’re leaving offerings for some unpredictable machine god that may or may not bless us.” Denton called the

Denton added that the arrangement is not a true distribution partnership, but instead has forces media companies into a position of “abject surrender.”

But does he have a better idea? Denton claims that Gawker is doing just fine without Facebook in part thanks to its “affiliate links” partnership with Amazon, whereby the retail giant offers a small payment if readers click a link to a product. He also says the traditional display ad business is doing fine, and that mobile readers offer an opportunity for growth—especially if publishers can get a cut of a booming market for app downloads, which Denton says is getting claimed entirely by Facebook and Twitter.

And for anyone wondering about the true state of Gawker, Denton abruptly released the company’s private financial records earlier this month. It’s hard to guess his motives for doing so; the nominal explanation was that the release would serve to head off a bad story, but that could be puffery. Whatever the reason, the figures showed that, yes, Gawker is indeed making money, to the tune of $6.5 million in operating income last year.

But according to Denton himself as well as people who know him, he really has mellowed out. He’s at long last learned to delegate, take advice, and yes, be nice to people.

“He’s not the Nick Denton I started working for in 2009,” said Gawker’s executive editor, Tommy Craggs. “It’s a very different company, which is a reflection of changes in his personality and a restructuring of the management group. There’s a willingness to listen to more voices.”

Craggs suggested his boss’s transformation has a lot to do with his marriage in 2014 to actor Derrence Washington. It’s a popular refrain.

Denton rejects the idea. “Everyone looks for a narrative and it’s a convenient narrative to pin someone’s personal transformation on an event that gets summed up in a sentence,” he said. “But in order to get the husband that I have I would have had to change before I met him rather than after.”

Denton may have evolved on a personal level, but his professional mission is unchanged: He still wants to lampoon the smug and self-important, and tear down the clubby arrangements that allow insider groups – including journalists – to hoard information for themselves. Now, he just has to find someone with a big checkbook to do it with him.

This story has been corrected to note the appeal court delay ruling was related to a procedural issue, not to the separate FBI-related court order.