Carmakers want to build a data business. So far they’re screwing it up. 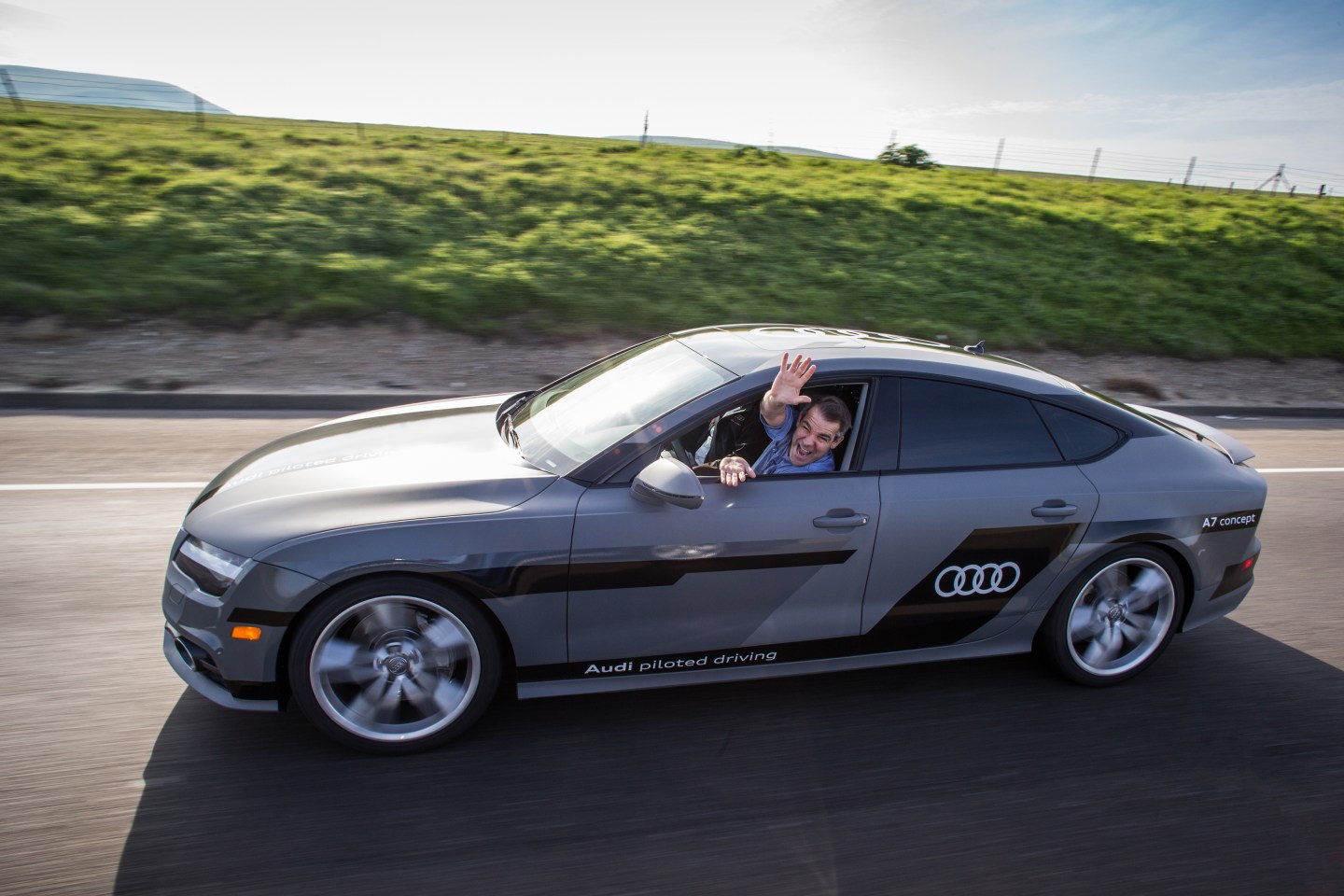 In a move that will surprise no one, automakers want to become a platform and plan to do this by limiting the data they share with Apple and Google. Reuters reports that Ford, GM and Volkswagen AG’s Audi subsidiary are willing to link Google’s Android and Apple’s iOS mobile phone platforms to their vehicles, but have balked at sharing the more detailed vehicular data.

The idea is that customers want to use their smart phones as navigation devices and as the link to their music and entertainment accounts–a battle carmakers lost by being slow to adopt new technology and by charging a pretty penny for things like upgraded map CDs—but auto companies still have detailed engine, braking and other highly useful and technical data they can share about the car’s performance and history. And that data is worth something. From the story:

The stakes are potentially huge: General Motors Co told investors earlier this year that it expects to realize an additional $350 million in revenue over three years from the high-speed data connections it is building into its cars. [ID: nL2N0XC0V3]

Consultant AlixPartners estimates global revenues from digitally connected cars will grow in value to $40 billion a year worldwide by 2018, from $16 billion in 2013, and auto companies would like to hold on to as much of that money as possible.

“The risk is, if you give up control and somebody else figures out that business model, then you lose the future revenue stream,” said Friedmar Rumpel, vice president in AlixPartners’ automotive practice.

Rumpel has it right, only building a data platform isn’t done in a vacuum. And it seems that auto makers would realize this, having actually been cut out of the infotainment business a few years back. The industry is spot on in realizing that data is valuable and that it must become a platform of sorts for others to work with, but what it also needs to understand is that becoming a platform player requires agility, an understanding of the true market for the data it has, and a focus on the end customer.

I’m not sure the auto industry has all of this down. The first problem is structural and regulatory. Automakers can’t just pop new parts in and out of vehicles based on the latest and greatest in new technology. They are conservative because they are expensive and dangerous tools that are governed by a lot of regulations. In many cases, a new idea in the industry would take five years to make it into a car. Think about your smart phone and apps from 2010. Is that what you would want to revert to today when you get into your vehicle?

But it’s in the understanding of the data market and the end user experience where the industry still has an opportunity to get things right. Automakers currently have hundreds of sensors on their vehicles measuring everything from the health of the braking system to tire pressure. Some of that information is already made available to consumers if they purchase a $100 connected device that plugs into a car’s onboard diagnostics port from companies such as Zubie or Automatic. And now insurance firms are signing partnerships with those companies to get access to that data.

In March of 2014 I watched Progressive’s CEO Glen Renwick tell a group of mobile executives that he hated sending out boxes to customers as part of Progressive’s program that lets customers share their driving data in exchange for a discount on their insurance. He was eager for auto makers to share their data with him instead. At the time he wasn’t getting it, but now it looks like Progressive can get that data from a company like Zubie. USAA, another insurance company, is testing Automatic’s data for itself and helped fund the company.

The carmakers need to understand that while they may have access to a lot of very specialized and exact data, the historical trend is toward using cheaper data and smoothing out inaccuracies by using large pools of similar data to arrive at a consensus. As for the customer focus, automakers must recognize that while they may want to own the consumer eyeballs in the front seat, consumers may not want to bifurcate their apps experiences. No one wants to open up a version of their music playing app that’s specific to their car, or learn new mapping software because they happen to be in an Acura as opposed to a Toyota. Carmakers would do better to share their data and try to get paid for it, than force some kind of app prison on consumers just because they can.

I laid out the issues in depth in a story I wrote last year that covers this exact topic. Right now everyone is trying to become a platform for some special brand of data so they can charge a premium for it, but the winners of this game will have specialized data at a reasonable cost that they are willing to share. And they will build that data into services that work with other platforms.

A perfect example of this might be the data that BMW, Daimler, and Volkswagen are promising to make available if they buy Nokia’s Here mapping division. These German carmakers have pledged to make the sensor data gathered by their cars available for high-definition mapping. If you can imagine every German car on the road snapping photos and tracking street construction as a matter of course, then there’s no need for Google or Apple (AAPL) to spend money sending their own mapping cars around town. A consumer’s own car might be part of crowdsourced project that sends data back to a central repository that the auto industry maintains and shares.

Having something like that updating every pothole and new feature of the landscape in real time would be valuable, but only as valuable as Google’s (GOOG) costs of maintaining its own fleet of cars. And that value would decrease as technology changes—something businesses seem to fail to recognize as it is occurring. But if automakers can build that into their new data markets, as well as understand how these data markets work in a connected world, then they and the end consumers would win. That’s a big if.

Updated: This story was updated to add that Progressive is working with Zubie to get automotive data.