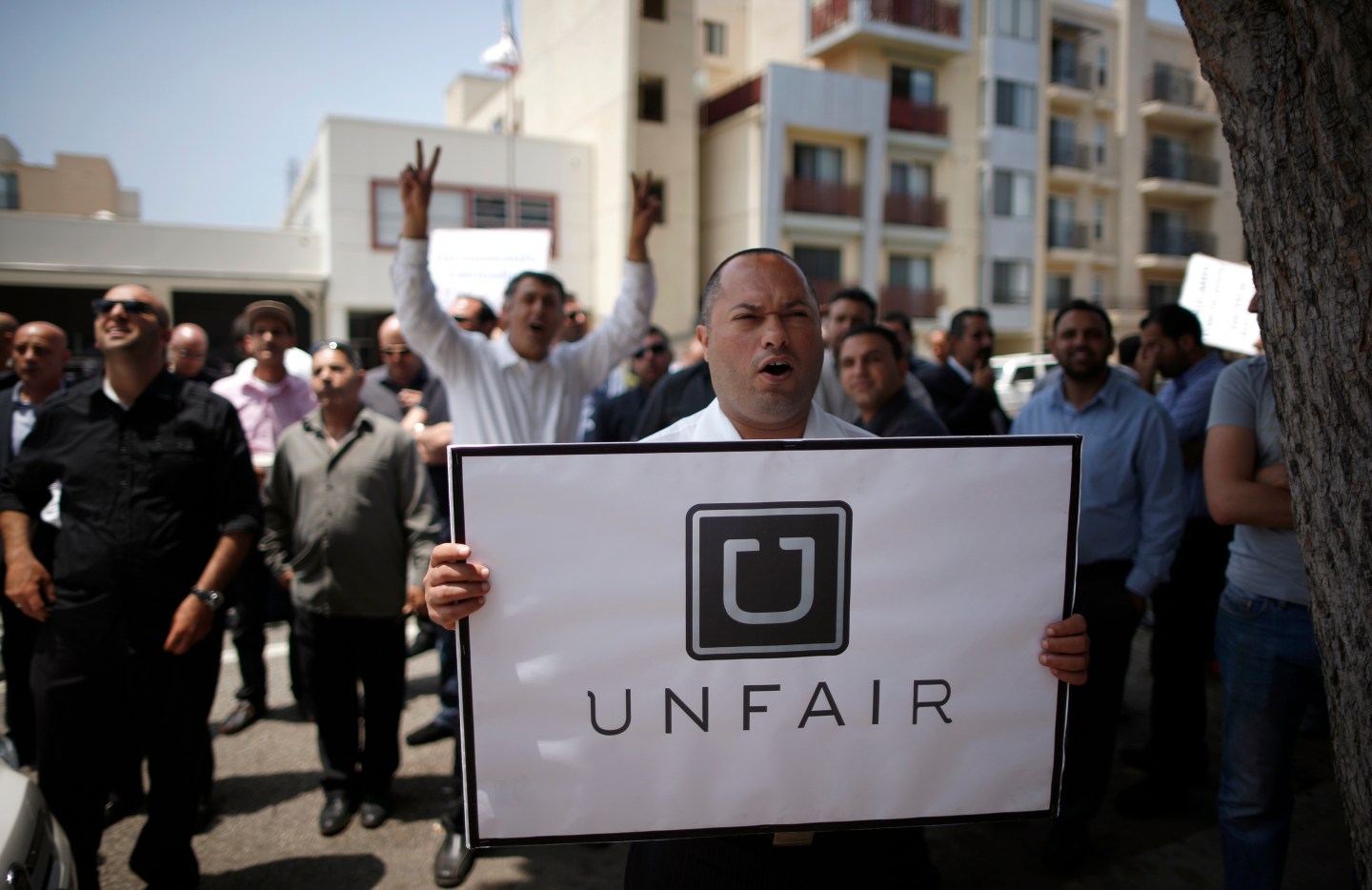 Ride-hailing company Uber filed a motion on Thursday to oppose the certification of a class action lawsuit challenging Uber’s classification of its drivers as contractors instead of employees.

The 52-page filing comprises 400 driver testimonials, expert witnesses and a video, and argues that the drivers suing only represent a minority of its drivers and employee status shouldn’t be forced on all its U.S. drivers regardless of their individual circumstances, as the New York Times reported.

“As employees, drivers would drive set shifts, earn a fixed hourly wage, and lose the ability to drive using other ridesharing apps as well as the personal flexibility they most value,” an Uber spokesperson said in a statement to Fortune. “The reality is that drivers use Uber on their own terms: they control their use of the app. It’s why there’s no typical driver–the key question in this case. And why no three people can ever represent the interests of so many different drivers.”

The lawsuit, filed in California in 2013, could endanger Uber’s entire business. Uber’s margins significantly hinge on the lower labor costs it gains from treating its drivers as contractors instead of employees. In the latter case, Uber would have to pay for their payroll taxes, expenses, benefits, and so on. A couple of startups has already begun to convert their contract workers to employees as the legal climate over the issue intensifies.

A few weeks ago, the California Labor Commission released a non-binding ruling that a former Uber driver should have been classified as an employee and be reimbursed for her expenses. While many viewed it as a victory for the on-demand economy’s workers, Uber has emphasized that it only applies to a particular driver.

However, the case could have a big impact on the future of many other on-demand businesses such as cleaning service Homejoy and delivery service Postmates, and Uber rival Lyft, which also use contractors instead of employees. Both Homejoy and Postmates, as well as a few more startups, are currently facing lawsuits and complaints over the practice. Shannon Liss-Riordan, the lawyer representing the drivers in this lawsuit against Uber, is also representing employees in these cases as well.