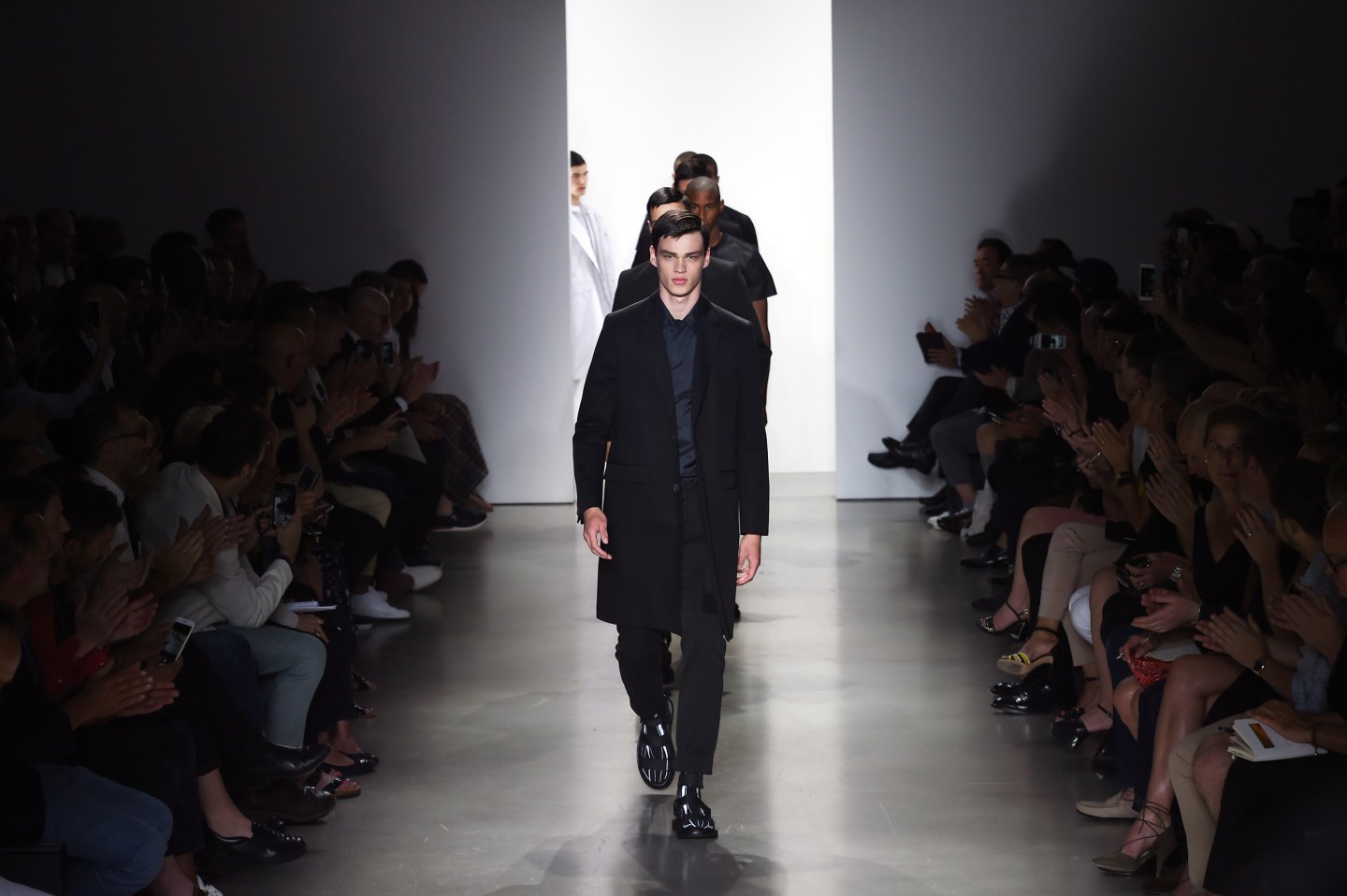 Move over, Gisele. On July 13, men will take back the runway with a new New York City fashion week, dedicated entirely to menswear.

Called NYFW: Men’s, the event unfold over four days and features well-known brands like Michael Kors, Calvin Klein and Polo Ralph Lauren. The cost of producing the extravaganza will run in the low seven figures, says Steven Kolb, CEO of the Council of Fashion Designers of America, which is organizing the event. Much of that tab will be picked up by corporate sponsors, including Amazon Fashion, Dockers, Cadillac and Loews Regency Hotels, he says.

The timing of the new event makes sense, as the market for menswear has grown dramatically over the past decade. Quartz reports that, from 2010 to 2015, online sales of menswear posted an annual sales growth of 17.4%. Men’s clothing is even surging faster than its female counterpart, outgrowing womenswear by 0.2% over the last 10 years, according to research firm Euromonitor.

But while other fashion capitals—including Milan, Paris and London—have had men’s fashion weeks for years, American menswear designers have had no single, must-attend event to show their work, says Kolb. So, designers often incorporated the lines into women’s fashion week, where the collections got lost in the shuffle.

What’s more, the men’s and women’s buying cycles fall during different times of the year, so menswear houses were stuck debuting their lines after the buyers had already made their purchases, says fashion consultant Robert Burke, CEO of Robert Burke and Associates. “It [made the shows] kind of irrelevant,” he says. NYFW: Men’s, on the other had, will align with the July buying season.

Men’s fashion week, which will include about 40 designers, is on a much smaller scale than the New York women’s week—which often showcases more than 160. And while putting on a show at NYFW: Men’s could cost a designer tens of thousands of dollars, Bloomberg estimates that women’s fashion shows can cost ten times that amount.

Kolb likens NYFW: Men’s to a start-up—small, but also fresh and exciting. He notes that, unlike the women’s event, where the shows can sometimes feel overpowered by grand staging and sponsorship allegiances that go back for decades, he expects the men’s shows to focus less on branding and spectacle and more on the clothes.

David Hart, 33, who’s showing his namesake collection on the first day of the event, is thankful to have a platform to show his designs. “It’s really amazing,” he said. “In the past, men’s shows have gotten lost in the weeds of women shows. It’s a platform for menswear to highlight the talent that’s here.”

Young designers like Hart and Alan Eckstein, the 30-year-old co-founder and designer of Timo Weiland, hope the shows will lead to orders from some of the big department stores and chain boutiques.

“It’s a huge deal for us,” Eckstein said. “This is everything we really wanted since we started showing at women’s fashion week. Showing menswear there always felt like an afterthought.”

Some of the up-and-coming brands, like Gypsy Sport, struggled with financing the collection. Creative director and founder Rio Uribe, 29, said the lack of notice—the CFDA announced NYFW: Men’s in February—caused some financial stress. “This came out of nowhere and at the same time I was like,‘There’s no way I’m passing up this chance.’”

An opportunity to show at NYFW: Men’s provides designers with some much-needed exposure in global markets. Ultimately, Kolb believes that the week will show the very best of New York men’s fashion. “At the end of the day, a fashion week is a fashion week, nothing’s really that different,” Kolb said. “I just think ours is very American.”