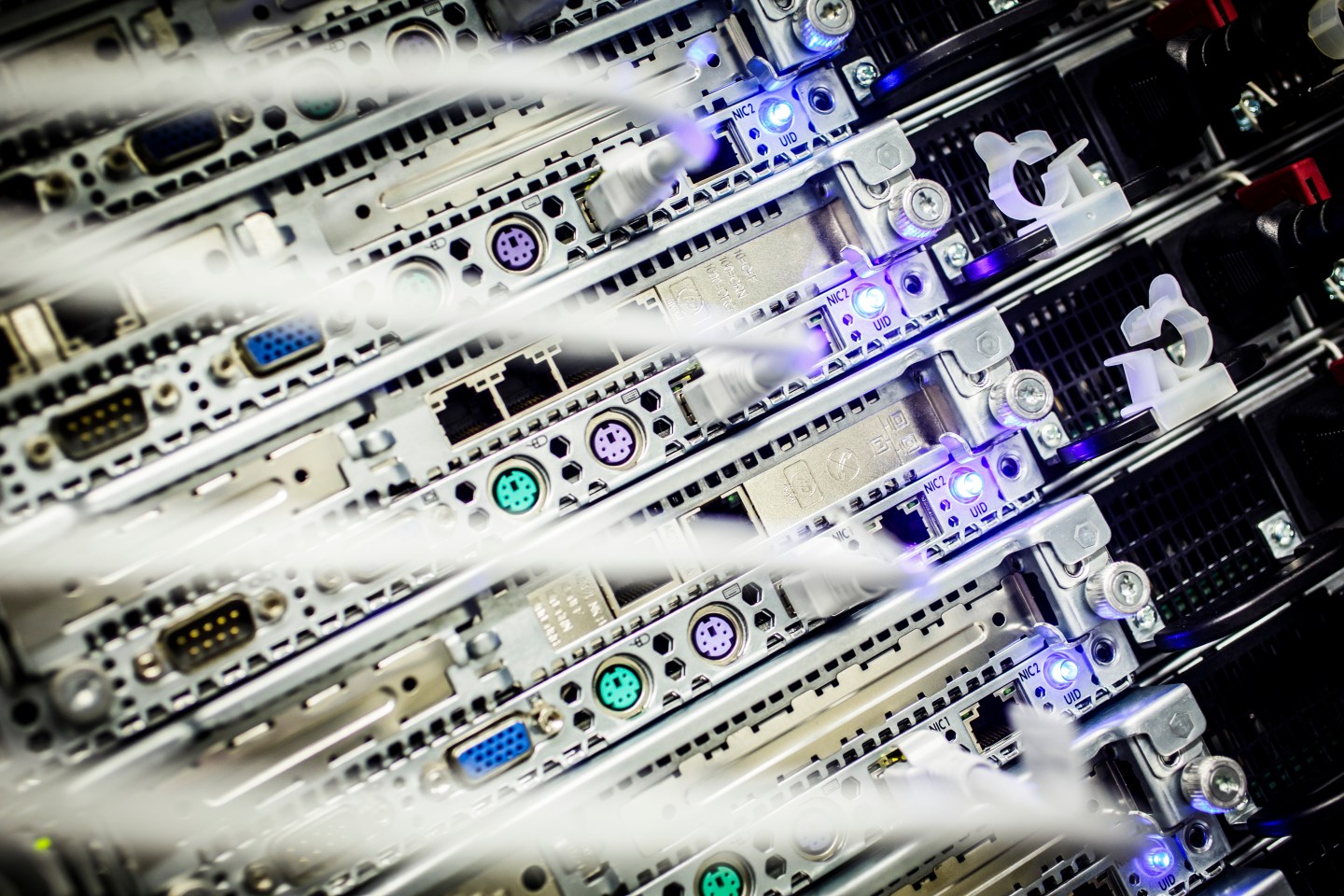 BIERE, GERMANY - JULY 01: Close-up of cables and LED lights in the new data center of T-Systems, a subsidiary of Deutsche Telekom AG on July 01, 2014, in Biere, Germany. T-Systems is the largest German and one of the largest European IT services companies. (Photo by Thomas Trutschel/Photothek via Getty Images)
Photograph by Thomas Trutschel — Photothek via Getty Images

Intentionally weakening encryption—the scrambling technology that can be used to secure data—is a bad idea.

That’s the conclusion reached by 13 of the world’s top cryptography experts in a paper they plan to release on Tuesday, reports the New York Times. The paper, which is a technical assessment of the feasibility of “exceptional access,” according to the Times, opposes government and law enforcements’ calls to add back channels to encrypted communications.

The debate over strong encryption has been heating up over the past two years, ever since National Security Agency contractor and whistleblower Edward Snowden revealed the extent of NSA spying. Privacy advocates on the one side argue that any attempt to implant special access or backdoors in code will render data susceptible to hackers and snoops—and that it will undermine trust in U.S. software products at home and abroad. Law enforcement officials, on the other hand, believe that such privileged access is needed in order to help them capture crooks, criminals, and terrorists.

The new paper takes a hard line against the government position. “Such access will open doors through which criminals and malicious nation-states can attack the very individuals law enforcement seeks to defend,” the report says, as quoted by the Times. “The costs would be substantial, the damage to innovation severe, and the consequences to economic growth hard to predict. The costs to the developed countries’ soft power and to our moral authority would also be considerable.”

Authors on the report include some of the world’s most renowned cryptographers, notes the Times. Whitfield Diffie, a founding father of public key cryptography; Ronald L. Rivest, an inventor of the popular RSA public crypto algorithm; Susan Landau, a cybersecurity professor and former Google senior privacy analyst; Bruce Schneier, a well-known security author; among others.

Many of the new report’s arguments may sound familiar. That’s because privacy experts (some of whom are authors on the latest report) made the same points during the late ’90s when the Clinton administration proposed mandating that a crypto-busting hardware chip be inserted into U.S. communications products, thereby guaranteeing government access to encrypted channels. The cryptographers fought and won that battle.

Now that the world has become even more digitized and connected, the encryption issue is rearing its head once more.

The report arrives at a critical time. FBI director James Comey is set to make his case before the Senate Judiciary Committee on the dangers of strong encryption. Comey recently previewed his stance in a post on the Brookings Institution-backed national security blog Lawfare. In it he invokes the Fourth Amendment right to search and seizure with a warrant, and he warns that strong encryption may jeopardize public safety in the face of threats such as ISIS.

But the authors are unconvinced by that reasoning. “The authors of the report said such fears did not justify putting the world’s digital communications at risk,” writes Nicole Perlroth of the Times. “Given the inherent vulnerabilities of the Internet, they argued, reducing encryption is not an option.”

According to these crypto experts, planting any kind of door—front, back, side-to-side—in encryption jeopardizes the security of the entire system.