Hillary Clinton: China is “trying to hack into everything that doesn’t move” 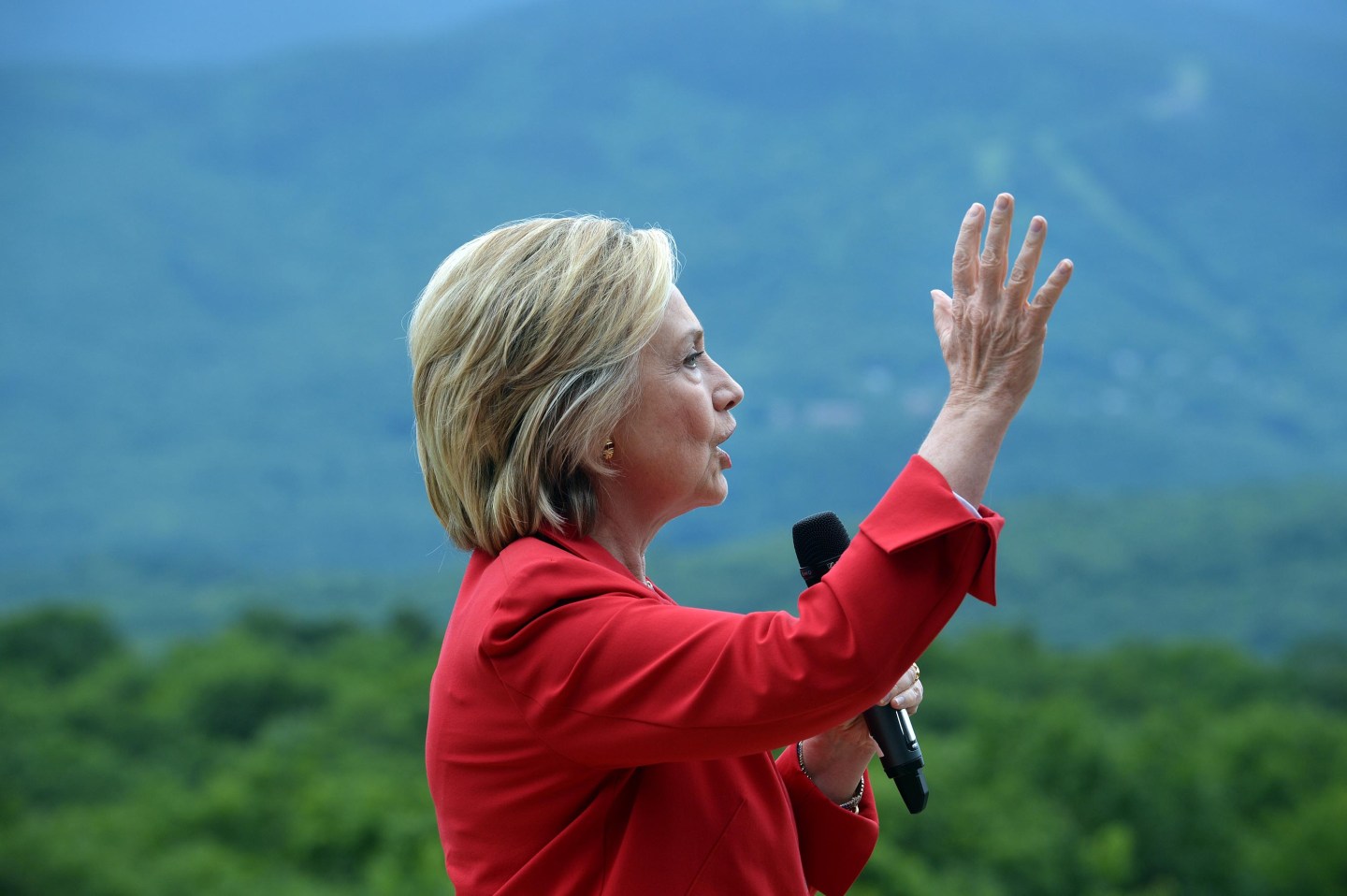 Hillary Clinton is calling out the Chinese government for what she described as a no-holds-barred hacking campaign aimed at American interests.

According to Reuters, Clinton said China is “trying to hack into everything that doesn’t move in America — stealing commercial secrets, blueprints from defense contractors, stealing huge amounts of government information, all looking for an advantage.”

The Democratic presidential frontrunner’s remarks, made Saturday in New Hampshire, mark her harshest critique to date of the Chinese regime and promise to further elevate the debate over cybersecurity, already gaining attention among 2016 contenders.

The comments appeared to reference the recent breach of the Office of Personnel Management’s online records, an attack that compromised the personal information of as many as 18 million current and former federal employees. Federal officials are still sorting through the damage, but it is already thought to be the worst of its kind against the U.S. government. The Obama administration suspects Beijing’s involvement, though it has so far hewed to more cautious language than Clinton’s. China has denied responsibility and called American suggestions to the contrary “not responsible and counterproductive.”

The hawkish stance Clinton staked out over the weekend mostly puts her in line with the sprawling field of her Republican rivals. Many of them have already seized on the federal breach as evidence that the Obama administration hasn’t been as vigilant as it needs to be about the threats a rising China poses — and the weakness that our lax cybersecurity offers. Last month, former Florida Gov. Jeb Bush said the “outrageous” OPM hack should result in the firing of the office’s director and wrote in an op-ed that cybersecurity “should be considered a critical element of our national defense, economic well-being, and national resilience.” New Jersey Gov. Chris Christie has moved to address the issue at home as he raises it on the campaign trail. And Sen. Marco Rubio (Fla.), who’s making his aggressive foreign policy approach a centerpiece of his bid, has called for a threat of sanctions against China as punishment for the hack.

The cybersecurity threat doesn’t yet register among voters’ top concerns the way it does, say, for corporate executives. A recent Fortune poll of Fortune 500 CEOs showed 10% rated it as the single biggest challenge facing their company, while another 56% ranked it in the top three or four. The C-suite fear owes at least in part to the spectacularly damaging Sony hack, detailed here. But with the favored Democratic presidential contender sharpening her focus, public concern will likely start to catch up.