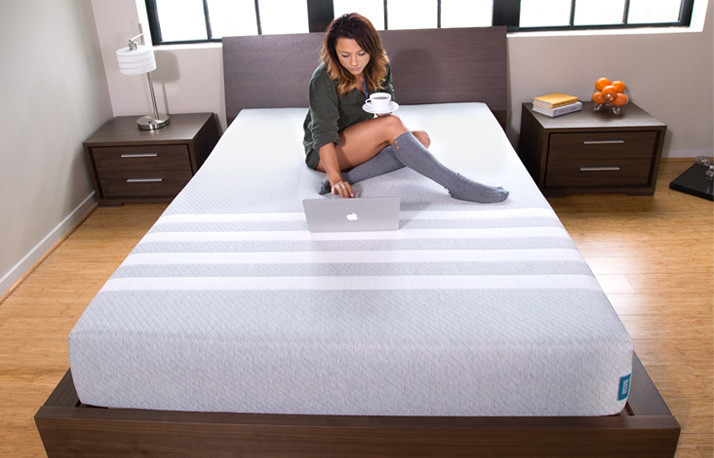 Startups have decided the mattress industry is ripe for disruption. The latest to join the ranks of well-funded up-and-coming mattress startups is Leesa Sleep, based in Virginia Beach, Va. Today the company announces it has raised $9 million in funding from TitleCard Capital at a valuation of $45 million including the funds.

“We didn’t enter this seeing it as a mattress company. We saw it as a technology disruption of a mature industry,” says Tyler Tysdal, a managing partner with TitleCard Capital. He noted that the team, which combines an experienced marketing executive with an experienced mattress industry expert, was a strong draw.

Leesa, which sells mattresses online to customers in the U.S. and U.K., has experienced rapid growth since its launch in January of this year. The company has sold more than 8000 mattresses and last month, grew sales by 23%. Leesa expects to do $30 million in sales this year, CEO and founder David Wolfe says.

Wolfe has worked in direct marketing since 1987; he says he’s first person to ever pay for the search keyword “cruise” in 1996. His co-founder, Jamie Diamonstein worked at mattress manufacturer Paramount Sleep for more than 20 years.

Leesa’s new capital will go toward international expansion and increasing lead generation marketing. The company has had to get creative with its marketing, Wolfe says, because it’s most well-funded competitor, Casper Sleep, is outspending it. “We just can’t spend the kind of money,” he says.

Launched in April 2014, Casper recently closed a $55 million round of funding that valued the company at $550 million. Casper is on track to do $75 million in sales this year.

From the outside, the two companies’ offerings are similar: Priced at under $1000, each company’s mattresses use three layers with a strong base of hard foam on the bottom and memory foam on top. But memory foam can be hot and the companies have taken different methods to create air flow and coolness. That’s the main difference. Oh, and their mattress covers have different designs. (Leesa also donates one mattress to charity for each ten it sells.)

Given its funding and sales, Casper has a significant lead over Leesa. But it’s not a winner-take-all market, Wolfe says. “There is a huge market and plenty of room for both companies,” he says.

Today, only 5% of mattress sales are direct-to-consumer like Casper and Leesa. Wolfe believes that number will quickly rise to 15% by 2017. “We’re going to see a $1.4 billion swing to direct,” he says. “That leaves huge room for the guys that seem to be making the right first moves.” That group includes Leesa and Casper, as well as San Francisco-based Tuft & Needle, North Carolina-based YogaBed, Loom & Leaf (owned by luxury mattress company Saatva), and British startup Eve Mattress.

Wolfe is keeping things in perspective. “Department stores dismissed Sleepy’s [and other non-department store mattress retailers] as something that wouldn’t take off. I don’t know whether the direct market is going to be that big but we’re in a similar place,” he says. “We and Casper are just a blip on the horizon at the moment.” Meanwhile, the market for venture-backed luxury linens startups is just getting started.