This mattress company’s profits are nothing to snooze at 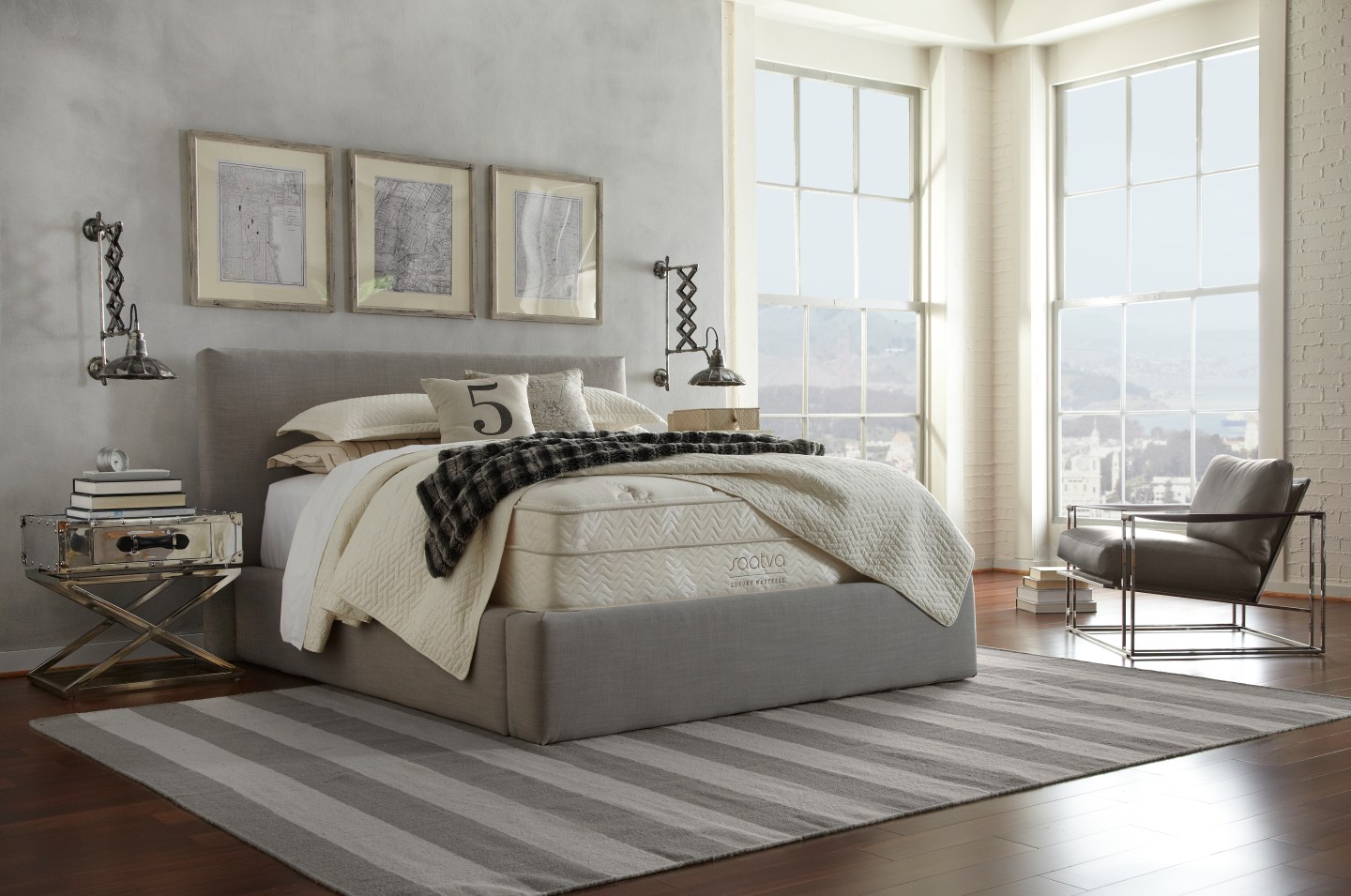 Anyone who has tried it lately can probably attest that mattress shopping isn’t exactly a bed of roses. Bed-in-a-box foam mattress e-tailers like Casper and Tuft and Needle have rightly earned rave reviews for cutting both cost and hassle. But comparing foam against traditional innerspring coil mattresses is misleading. It’s the exact sort of comparison that further obfuscates an already maddening decision between a dozen bone-white rectangles that all look and seem very much the same.

In the recent tradition of a transparency-forward, online-only retail, there’s another contender rousing the rest of the industry from its fitful slumber: Saatva, which delivers its dual innerspring coil mattress direct to customers’ doors, at a starting price of $899.

With the minimal overhead of e-commerce and despite the slow buying cycle associated with huge durable goods like mattresses, the company, which launched three years ago, has been profitable since its third month. Saatva’s revenue numbers demonstrate its industry stronghold: 300% growth year over year with projected revenue of $25 million this year and $45 million for 2015.

It’s hard to understand how one direct-to-consumer mattress company could boast such staggering figures against multi-billion-dollar industry giants like Sealy and Serta. That is, unless you’ve encountered the confusing mattress-buying process punctuated by mystifying markups and obtuse labeling. Head to a mattress outlet, and you might find a one model that seems like a good fit. But try comparison shopping at a department store, and you’ll find what appears to be the exact same mattress listed under another name and sometimes bearing a different price tag. You want simplicity? Dream on.

It’s almost easier to chase monsters out from under the bed than evaluate your options. Do you know what a gel mattress is? Does the endorsement of conservative radio hosts impact your opinion about Select Comfort’s Sleep Number adjustable air mattress? Would you sleep on a camouflage-patterned Duck Dynasty bed? Even attempting to assess the toxicity of manufacturing materials, flame-retardant chemicals, and off-gassing is the stuff of vivid nightmares.

The Serta, Simmons, and Tempur-Pedic troika have long held an oligopoly in the mattress manufacturer-retailer space. If you think one name is missing from that list, it’s Sealy, which Tempur-Pedic (TPX) acquired in 2012 for $242 million. Major brick-and-mortar retailers have also been tossing and turning. Last month, Mattress Firm, one of the biggest Sealy and Serta retailers, acquired West Coast rival Sleep Train for $425 million cash and stock. Mattress Firm’s public filing in 2008, the last reliable data on the subject, showed that 84% of mattress sales take place in furniture or department stores, or in specialty sleep retailers, which at the time accounted for 42% of sales.

Saatva cofounder and chief marketing officer Ricky Joshi notes that his company has basically been in stealth mode, relying on word-of-mouth recommendations and stellar online ratings that highlight the company’s commitment to customer service. Raving reviewers on Google, PriceGrabber, and mattress review sites like Goodbed.com are largely responsible for skyrocketing sales.

Since a steel coil innerspring mattress doesn’t roll up and fit tidily into a cardboard shipping box, the company built out a robust nationwide distribution chain, served by 10 factories and 31 distribution centers. Saatva also removes a customer’s old mattress. Boxed mattress sellers tend to put the onus of removing the old mattress on the customer, an annoying pitfall and one that can add to the final cost of a new bed.

Even factoring in shipping, Saatva can keep prices lower than competitors by not blowing the budget on advertising and instead leveraging those glowing reviews. Joshi points out that mattress giants often spend more money on marketing than the actual product. A look back at Mattress Firm’s 2011 IPO prospectus, for example, shows that the company spent only $180 million on product compared to $230 million on retail, advertising, and administration in the same period.

The company also saves by manufacturing in the U.S. Offering an American-made product was also a priority from the beginning. “There are a lot of question marks from overseas manufacturers,” Joshi says. Importing from overseas is a hassle, and not particularly economical. Besides, what’s more appealing to middle America than durable domestic goods? “It’s nice to be cool in San Francisco and New York City, but we also sell in Dallas, Chicago, and Columbus, Ohio.”

It’s hard to say what kind of fierce competition it would take to wake up the legacy mattress giants. And it’s worth wondering: can an e-commerce company like Saatva permanently disrupt the luxury mattress industry? Maybe we should sleep on it.