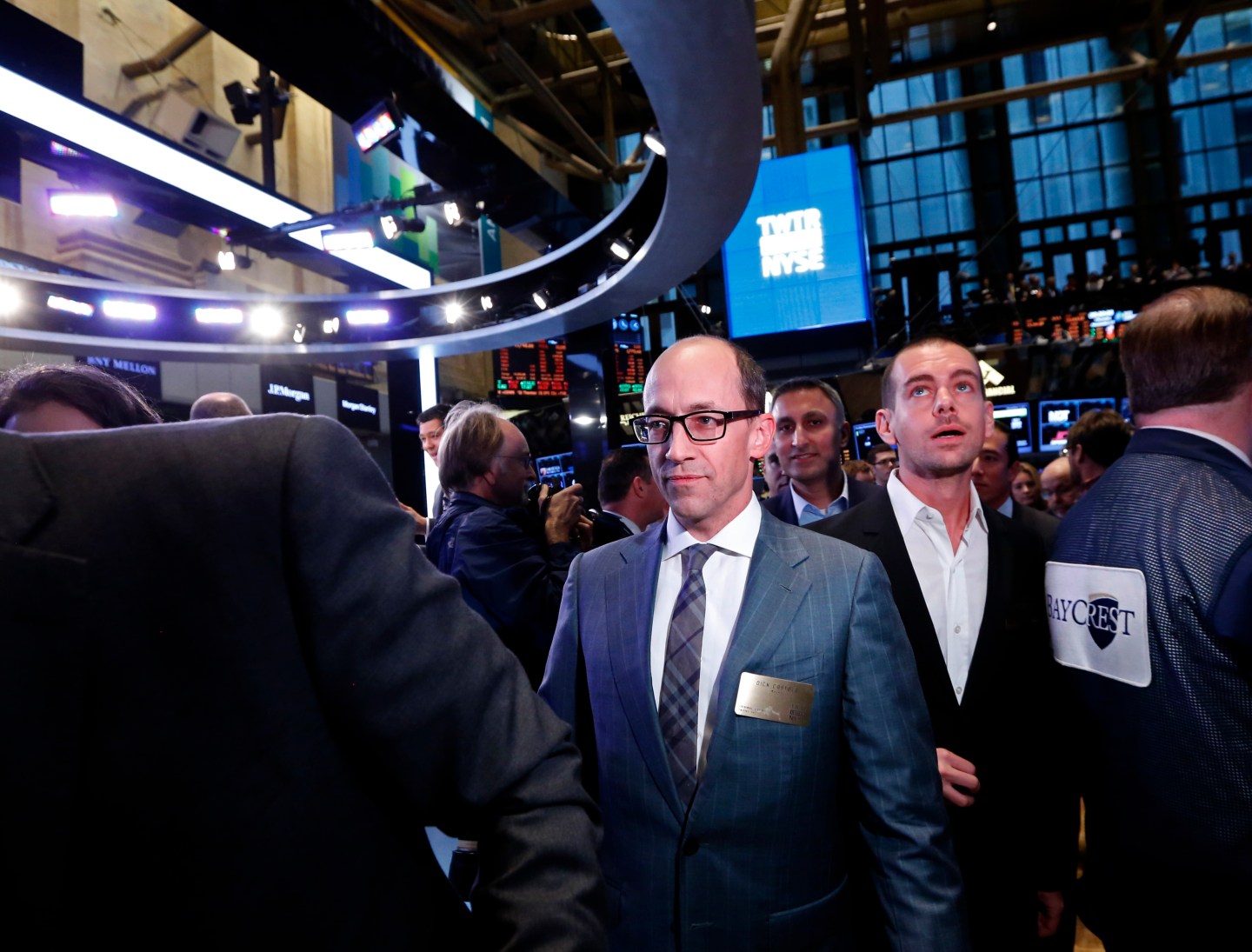 The exec, who finished his post atop the popular social media service on Tuesday, said in an interview with The Guardian that the pressures of meeting Wall Street expectations were severe.

“When we took the company public, I had an expectation that the market would evaluate us based on our financial metrics first and foremost,” he told the publication. “I probably would frame the way we were thinking about the future of the company differently, understanding how we were in retrospect evaluated.”

Costolo added: “You always want to keep focused on the long-term vision, yet when you go public you’re on a 90-day cadence and there’s a very public voting machine of the stock price that accelerates that short-term thinking.”

There’s an ongoing search to find the next CEO of Twitter; co-founder Jack Dorsey will lead the company in the interim. Costolo stepped down from the top spot unexpectedly earlier this year.

Costolo spoke with Fortune’s Christopher Tkacyzk in April to about his thoughts on leadership and free speech in the workplace.