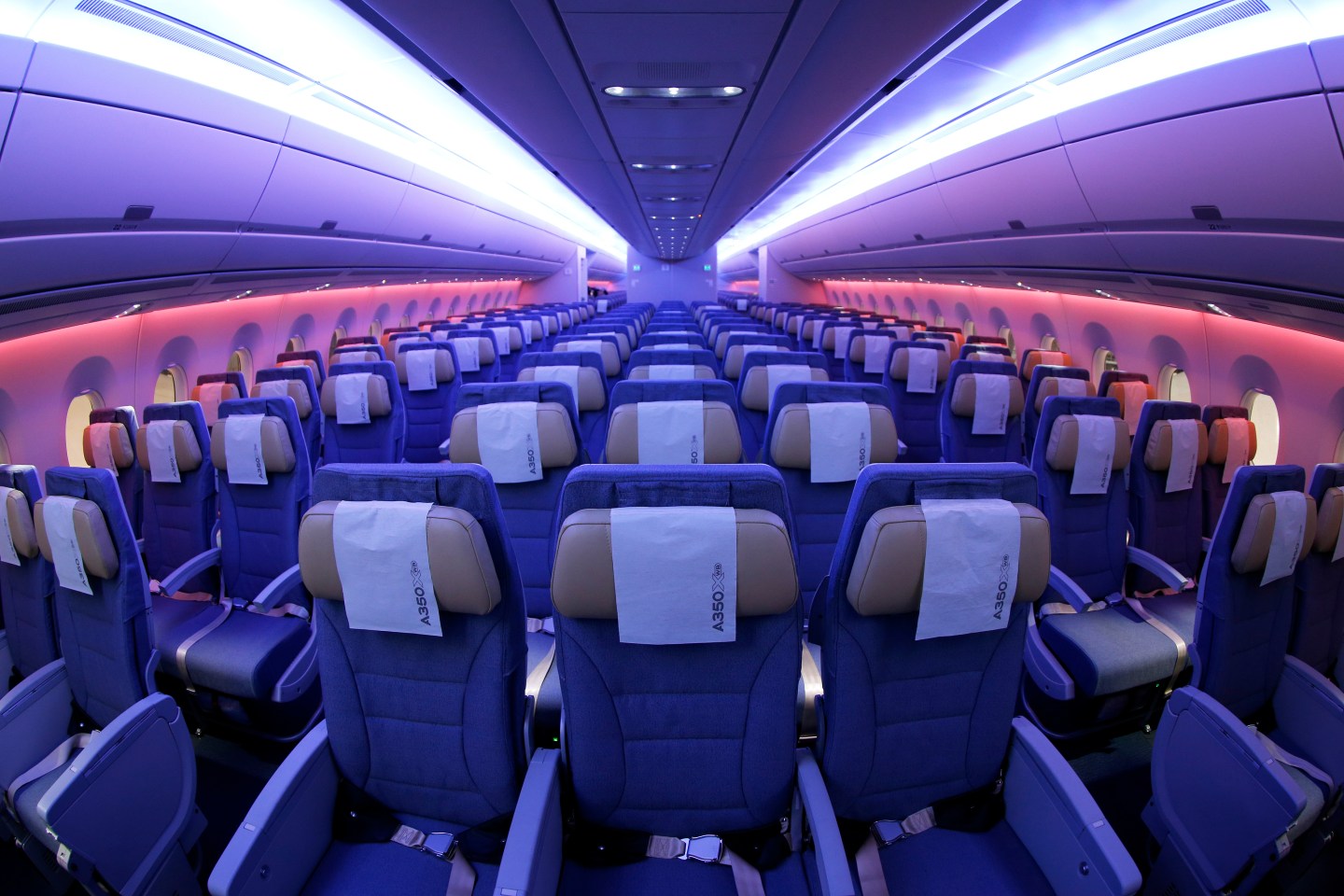 If you’re one of those people who fly with Purell and worry about sniffling passenger sitting next to you, then this survey is for you.

Skytrax recently surveyed more than 18 million passengers on 245 airlines to find out the airlines with the cleanest cabins. Skytrax’s award for the world’s “Best Aircraft Cabin Cleanliness” asked passengers to rate the standards and quality of cleanliness in the aircraft cabin on the airlines they were voting for. Seat areas, tables, carpets, cabin panels and of course, the aircraft washrooms all contributed towards the final results.

The winners read like a who’s-who of Asian air carriers:

Why are Asian airlines more obsessed with hygiene? A close look at the list shows that these airlines also are on alert because of the spreading Middle East Respiratory Syndrome (MERS) virus. There have been a total of 126 MERS cases, including 11 deaths, reported in South Korea. Another case was reported in China, according to the World Health Organization (WHO).

Infectious diseases are no laughing matter to the airline industry. Although the last major SARS outbreak didn’t kill any airline passengers, IATA estimates that Asia-Pacific airlines lost around one-third of their revenues, or about $34 billion.

Medical experts say the risk of exposure remains low for tourists, even if they’re flying to one of the affected areas. Amesh Adalja, a senior associate at the University of Pittsburgh Medical Center’s Center for Health Security, notes that even when MERS travels, as it did in two U.S. cases last year, it doesn’t survive outside healthcare facilities.

“While MERS has clearly demonstrated the ability to exploit hospital environments to spread, it has been unable to sustain community-level spread,” he says. Adalja points out that while everyone is focused on Korea, it’s the Middle East people should be more concerned with.

“For the Middle East, there is a level II alert where enhanced precautions are advised including avoiding contact with camels or camel milk and meat, a species involved in the spill of the MERS virus into humans,” he says.

Marcela Gonzalez, who flew to Seoul last week, says that while MERS is being taken seriously, “The only place MERS seemed to be a big deal was in the airport.”

She added, “Very few people in the city were wearing masks. I was extra cautious about hand washing, but otherwise life seemed to go on as usual.”

Meridith Stevens, who transited through Seoul on her way to Hong Kong earlier this month, says “heavy sanitizing” is routine in Asia, post-SARS. She even has her own routine, packing her own antibacterial wipes and treating the armrests, tray table and seat before fastening her seatbelt.

“Yes, there are a lot of gruesome coughs, but if each one sends you into a tailspin, you may as well cancel your trip, because it seems unavoidable wherever you travel,” she adds.

For now, the Centers for Disease Control and Prevention is advising travelers not to cancel their plans to visit Korea. Seems all the precautions, plus the likelihood the disease will not spread into the general population, is enough to give American travelers the “all clear.”

The latest report card from Asian airlines can’t hurt, either.