As Fitbit stock soars, what’s next for the wearable firm 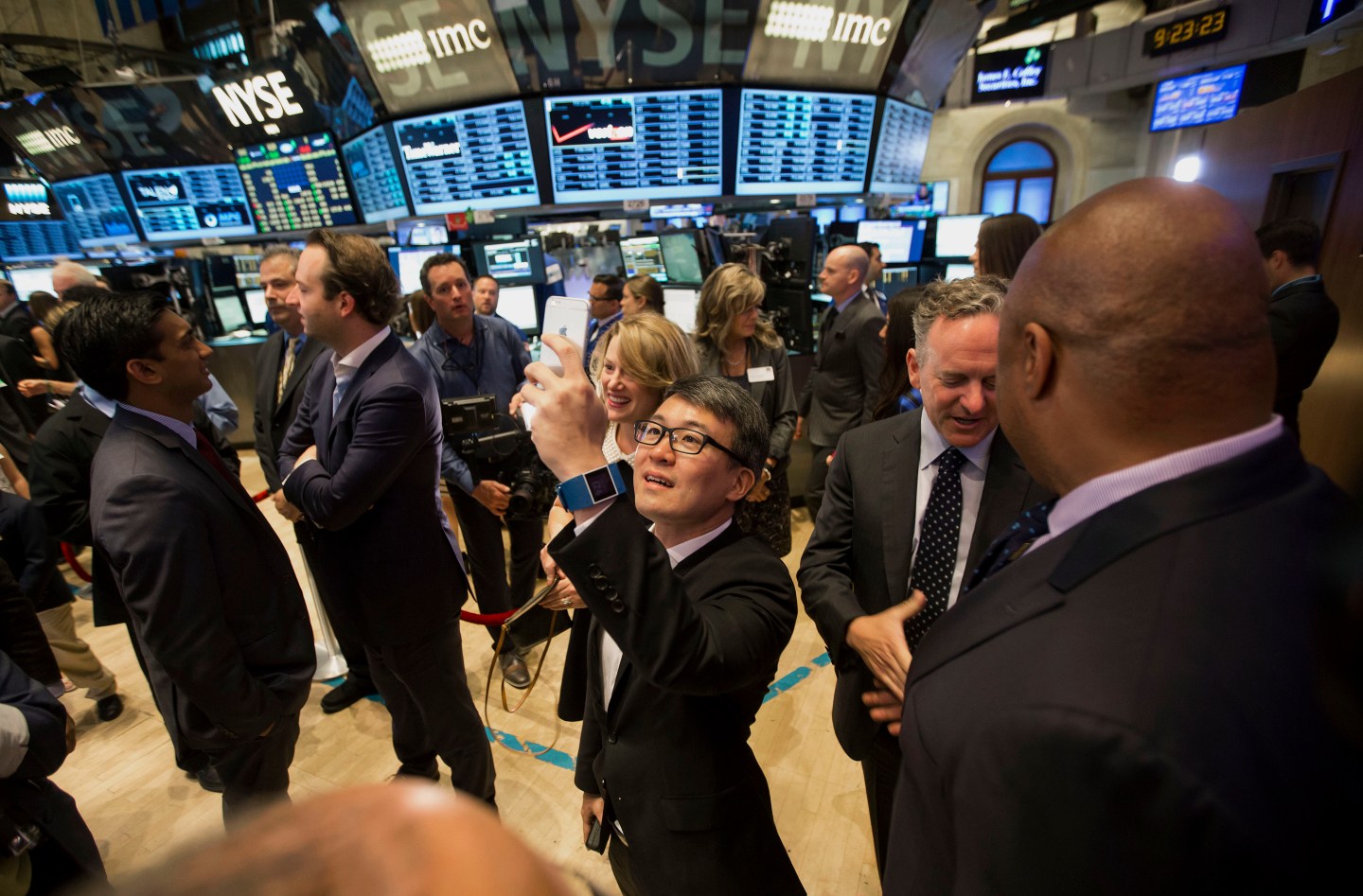 After shares of Fitbit Inc. skyrocketed during its Wall Street debut, the question on most people’s minds was where does the company go from here? According to CEO James Park, despite the company’s stellar initial public offering (IPO), nothing has changed and the tech firm will continue to grow its multimillion dollar research department.

The startup, which sells wearable fitness tracking devices, began trading Thursday morning on the NYSE under “FIT” and opened at $30.40, a 52 percent jump from the company’s initial offering of $20. To date, Fitbit has raised a healthy $732 million and is now valued at $4.1 billion.

It’s easy to view Fitbit simply as a wearable business, but that’s just a buzzword says Park, who see’s the company as something so much more than that. “Fitbit is all about using technology to get people healthier, [and] more active.” What sets the company apart from others, he says, is its hardware and platform, which he calls the “world’s largest fitness-based social network.” Through the company’s network it leverages a user’s friends and family to bolster its platform and act as a form of motivation to keep users content.

According to the company’s S1 filing, Fitbit currently enjoys an 85 percent market share of the activity tracker market, up from 59 percent just two years ago. In order to differentiate itself from the likes of Apple, Garmin, and Jawbone, Fitbit plans on tripling its year-over-year research and development costs, with plans to surpass $150 million this year.

But, are Fitbit’s spending plans enough to keep its competitors at bay? A market study found a third of activity monitor owners quit using fitness devices within the first six months of purchase.

The problem? Counting steps and recording how fast your heart is beating can get boring and the data provided, at the end of the day, means very little to users without proper context, the report found. Despite most company’s best efforts they haven’t, try as they might, been able to find a way to make those seemingly arbitrary health numbers attractive.

One way companies have successfully avoided user apathy is by offering services that go beyond just activity tracking. For instance, a review of the company’s latest bands, the Surge and Charge HR, found both products provide great fitness services, but fell short in everyday features like Internet capabilities, an element that could entice more users to try out the product.

Apple on the other hand has released a smartwatch capable of both tracking activity and heart rate monitoring, along with running other applications like emails, and providing information at a glance.

The only downside for Apple, and a boon for Fitbit’s cause, is that the entry price of the Apple Watch starts at $350 and locks users into using an iPhone.

One has to wonder, though, what happens when Fitbit customers tire of the company’s fitness-focused platform and decide to test out the Apple Watch or Android Wear? Will the company be able to lure them back, and will Fitbit be ready to adapt a software-based approach (much like Jawbone) to ensure it doesn’t fall behind the herd?