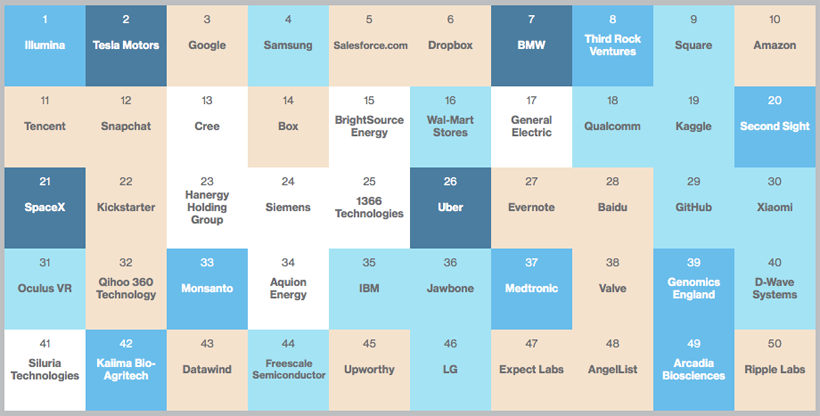 In his introduction to MIT Technology Review’s 50 Smartest Companies list for 2014, Brian Bergstein paraphrased Justice Stewart Potter’s 1964 threshold test for obscenity: “I know it when I see it.”

“It might sound difficult to define what makes a smart company,”Bergstein wrote, “but you know one when you see it.”

So what companies did look “smart” to the smartypants on the Charles?

Thanks for Forbes contributor Panos Mourdoukoutas for the link, even if it was a year late.