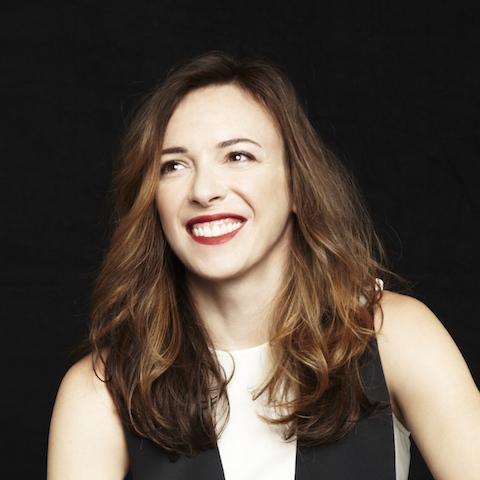 It was the summer of 1992, a few months before I would start high school. Dad and I sat in the family car, parked in our driveway, with the windows down to let in the warm breeze. I sat on the passenger side; my legs were stretched out, feet on the dashboard. Dad sat in the driver’s seat, reclined a bit, with his hands behind his head.

The car was where we went to have long talks. This was our special place together. Whether we ever drove anywhere or not, there was something about sitting side by side and staring out the front windshield at the horizon that got us talking about anything and everything.

“So, how are you feeling about the move?” he asked.

Since I was two years old we had lived in the same house in a suburb outside Pittsburgh, Pennsylvania. I was now in eighth grade, and in a week I would be finishing up the semester. On the last day of school, while my brother and I were in class, our entire house would get packed up and put into a moving truck to be driven thirty minutes away to our new neighborhood. It was a short move, just to the other side of town, but it felt like I would be a world away from everything I had known.

“I guess I’m feeling okay. It’s going to be weird to have to start from scratch at a new school and make new friends.”

“You know, Jess, you’re going to do great. Just keep being yourself and everyone will love you, like everyone always does,” he said matter-of-factly. Neither of my parents held any bias about the subject of my likability, of course.

I sighed. “Dad, are you quoting Rafiki from The Lion King?”

He laughed and admitted that, yes, he was indeed quoting the wise little mandrill from the Disney story. But he got serious again, and went on. “Actually I was just listening to one of my business books on tape and it was saying the exact same thing, just in more complicated language. The basic idea is … ” And with that Dad excitedly began to summarize one of his latest inspirations. I smiled. That’s my dad.

Dad reads a lot of business books, and even when I was a kid his advice to me would often be peppered with ideas from one author or another. What would Stephen Covey say about balancing homework and extracurricular commitments? How would Dale Carnegie deal with the mean girls at school? What tips would Anthony Robbins (Dad would call him Tony, like they were close buddies) give me before I had to speak in front of my whole class? I was as familiar with the names of these gurus as I was with the characters and stories in my Illustrated Classics or Baby-Sitters Club collections. It wasn’t until much later that I discovered that not all dads and daughters talk about Lee Iacocca and The E-Myth.

Thanks to my dad, I’ve known what a mission statement is for as long as I can remember. I know now that that was no accident. The motivating conversations we so often had seemed spontaneous and natural whenever they happened, but I now see how much thought he put into the timing of those moments. (As a parent myself now, I look forward to copying some of his techniques when my kids are old enough.) For instance, every summer, Dad and I had a ritual of sitting down and discussing the coming school year. To commemorate the start of a new grade, we would choose a theme for the academic year. In eighth grade, the theme was “Keep Your Head,” a mantra for avoiding the hazards of peer pressure. In my junior year of high school, as I was immersed in answering college application questions, we chose the counterintuitive “Ask the Right Questions” to remind me to think proactively and explore all avenues as I navigated the many options for my future. I didn’t know it at the time, but these were like mission statement warmup exercises. They taught me to approach different projects and seasons of my life with intention and purpose.

The power and importance of having a solid and clear sense of identity, and designing the right mission statement that stems from that strong foundation—for a business, a venture, an adventure, a particular year, or even for a life—was probably the most important thing my dad learned from all those business books he read. Throughout my childhood, and even when I left for college, he would repeatedly remind me of the importance of reflecting on my purpose, and creating and sticking to corresponding goals that would help me stay on the course I wanted for my life. He urged me to use my own mission, and not the choices or expectations of others, as a beacon. What was important in life, he insisted, was not how I measured up to anyone else—it was how I measured up to the aspirations I had for myself.

My mission statement for my career has been a constant work in progress, but for quite a while now it has been this: to love others and inspire hope by championing the entrepreneurial spirit that exists in all of us. Through Kiva and other ventures, I have aimed to manifest this by connecting entrepreneurs with the resources and community they need to succeed. Having this mission has allowed me to make decisions about where and how to spend my time, and has helped me to see (and to articulate to others) how all of my work—whether full-time or part-time, ongoing or project-based, paid or unpaid—fits together as a cohesive whole.

So when we first dreamed about what Kiva could be, crafting a clear mission statement that laid out our values and vision became a hugely important step in defining our identity as an organization. Over the summer of 2005, we spent weeks working on the language and ideas we wanted to express. Finally we came up with this simple statement of purpose for Kiva: to connect people through lending to alleviate poverty.

Simple as this statement may seem, it is actually packed with meaning and significance. It defines the “what,” “how,” and “why” of our organization. The “what” is to connect people: Everything hinges on Kiva’s ability to draw people closer to one another across any border or boundary. The “how” is through loans: We believe that lending, rather than donating, provides a powerful, sticky tool for connectivity and impact. The “why” is, of course, for poverty alleviation: This is the motivation for our work, and the catalyst for creating Kiva in the first place.

That mission statement has defined Kiva’s first decade and helped set it apart from thousands of other microfinance-related organizations. That mission statement helped clarify that, for instance, Kiva did not exist only to raise money in any way possible for other great lending organizations to put to use, or simply to become a big, powerful network of microfinance institutions. Our mission has focused on connecting people, one at a time, through the act of lending, for the purpose of poverty alleviation. That mission has served to focus and direct the Kiva team over the years, and I believe it is a crucial part of what has allowed the organization to know when it is succeeding and when it is off track or losing sight of what matters most.