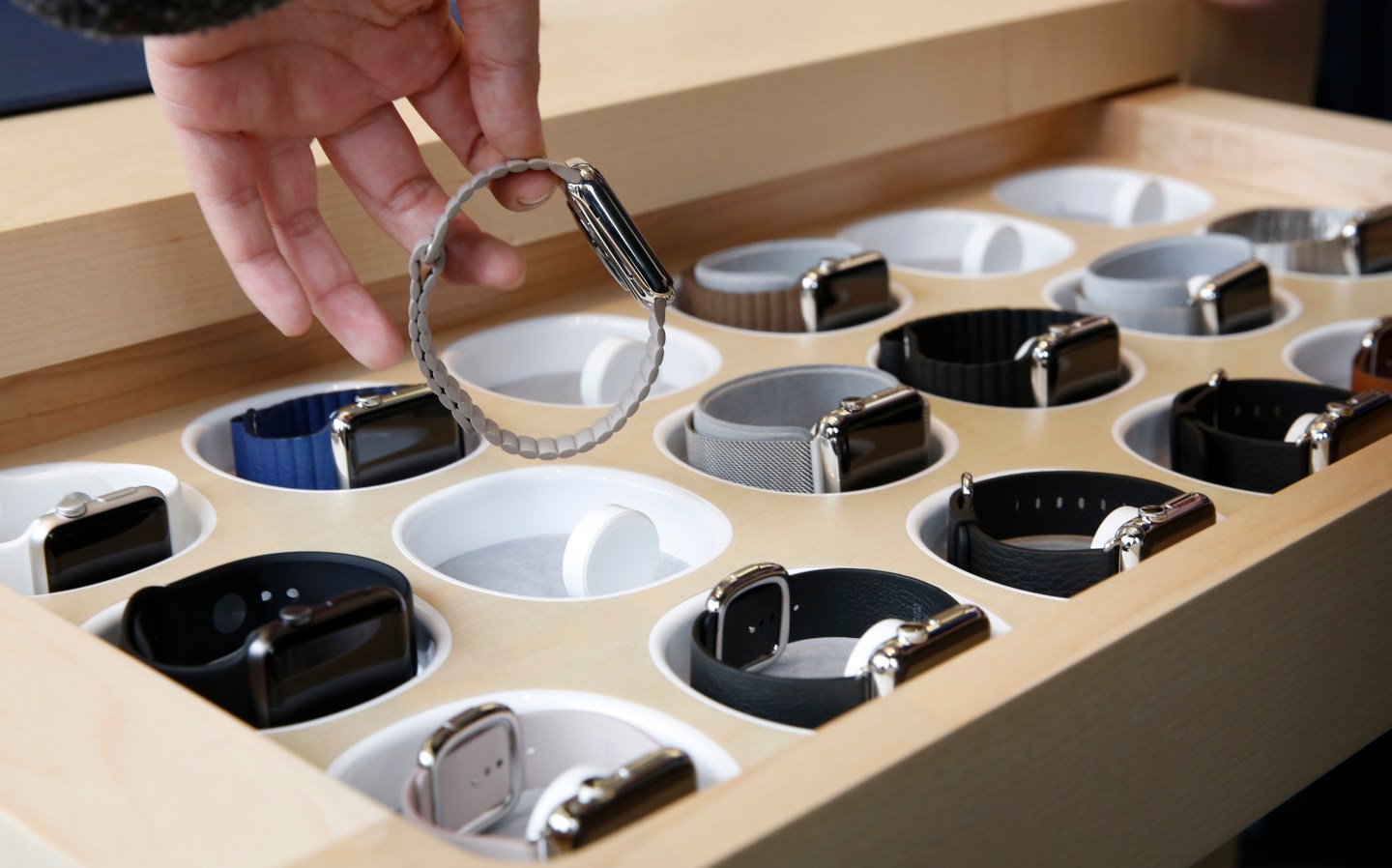 A customer picks up an Apple Watch at an Apple Store in Hong Kong Friday, April 10, 2015. From Beijing to Paris to San Francisco, the Apple Watch made its debut Friday. Customers were invited to try them on in stores and order them online. (AP Photo/Kin Cheung)
Photograph by Kin Cheung — AP

Every Apple Watch sales number you read is a wild guess, but the estimate Slice Intelligence released Thursday—2.79 million units in the U.S. as of mid-June—is better than most.

Slice got that number by extracting data from the e-mail receipts of 2.5 million American shoppers. It can count — not estimate — how many of these people ordered Apple Watches. It can count how many Watches they ordered (1.3 apiece in the first weekend). It even knows how many of them sprang for a second band (17%).

The new data points come at a time when Wall Street analysts have started to dial back their Apple Watch expectations. Pacific Crest’s Andy Hargreaves issued a note to clients Tuesday saying that his confidence in Apple Watch sales is declining and that his fiscal 2016 estimate of 24 million may be at risk. The source of his anxiety—a drop in Google searches for the keywords Apple Watch—makes Slice’s data look better than it probably should.

All this doubt and uncertainty stems, of course, from Apple’s decision not to release the kind of unit sales numbers for the watch that it releases for the iPhone, iPad and Mac. According to Above Avalon’s Cybart, Tim Cook learned his lesson from what happened to the iPad:

“If management announced opening weekend sales, a can of worms would be opened where people would expect such disclosure at every turn and any slight deviation would be marked as a negative. Take a look at iPad to see what being aware that unit sales are declining year-over-year can do to a product’s perception.”

Without data from Apple, Slice may be as good as we’ll get.