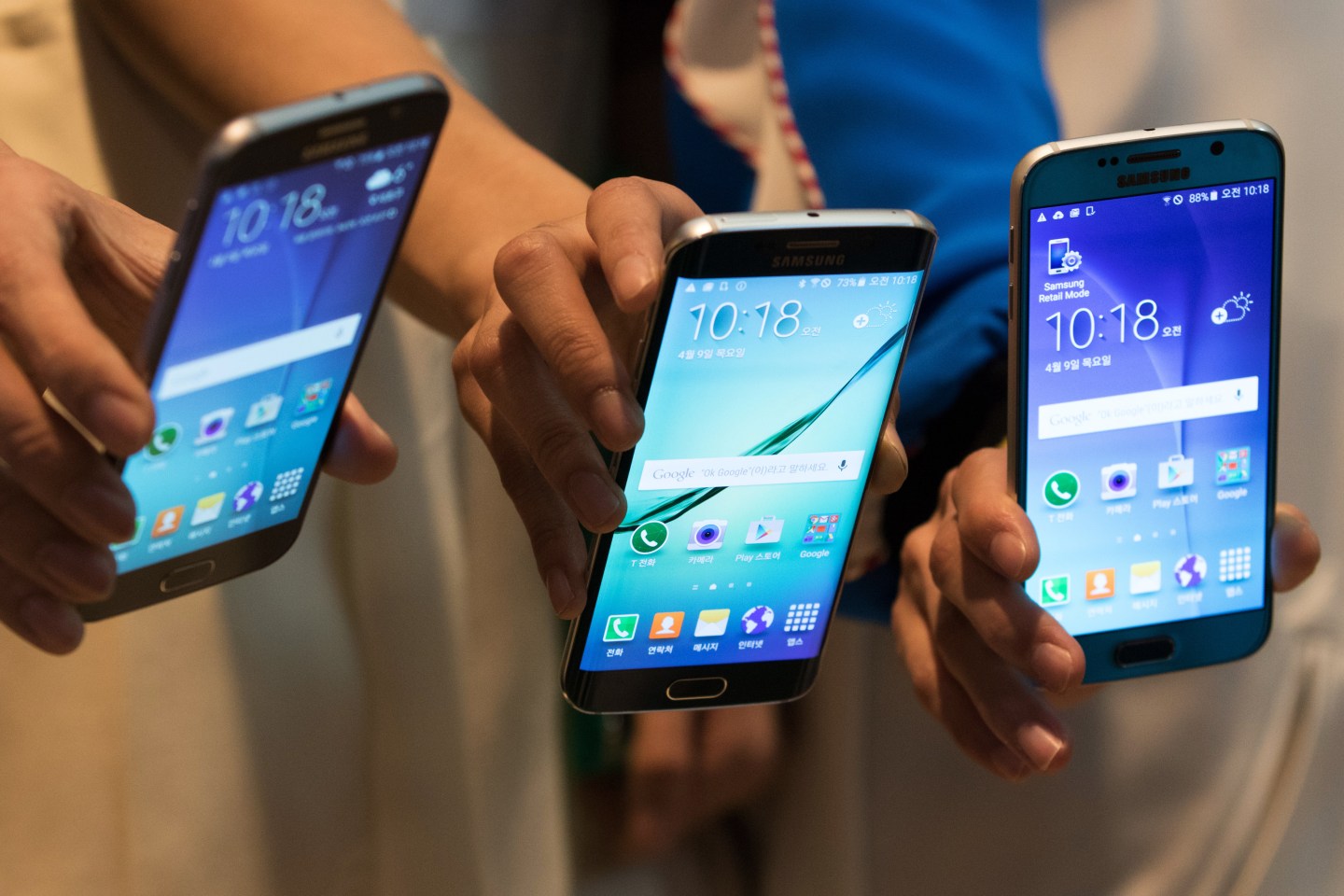 Hundreds of millions of users of Samsung Galaxy smartphone models S4 through S6 are potentially vulnerable to a computer bug that researchers disclosed at the Black Hat Conference in London on Tuesday.

The flaw, discovered by a Ryan Welton, a researcher at the cybersecurity firm NowSecure, lets attackers wreak havoc on Samsung mobile device models. It can give a hacker covert control over a phone’s microphone and camera, access to text messages, and the ability to download malicious apps, among other things.

The issue arises from a defect in the software updater for Samsung’s default virtual keyboard, a customized version of the word-prediction technology developed by SwiftKey. When a device downloads a language pack update, any man-in-the-middle attacker—a bad actor positioned on the same network as the user—can swap out the real file with malware, thus compromising the device.

The default keyboard program checks for updates automatically, so even people who use other keyboard apps are vulnerable.

Two problems with the phones’ updater process contribute to the severity of the vulnerability. On the one hand, SwiftKey does not encrypt those keyboard update files, a weakness that hackers can exploit to install malicious files on a person’s device (as described above). On the other, Samsung grants those updates elevated permissions, allowing attackers to circumvent the phone’s security controls and meddle with all sorts of data and code running on a device.

Andrew Hoog, the CEO of NowSecure, told the Wall Street Journal that his company alerted Samsung (SSNLF) to the flaw in November. Two months later, Samsung requested another year to patch the problem. Three months after that, the company claimed to push a software fix out to wireless carriers, like Sprint and Verizon, and said the firm could take its findings public in another three months, reports WSJ’s Danny Yadron.

Realizing that the phones weren’t patched, but believing too much time had elapsed already, the NowSecure team decided to go ahead and present its discovery at the hacker conference, according to WSJ. A video of that demo can be viewed here:

SwiftKey pointed out in a statement that its other apps are unaffected by the exploit, and that the current vulnerability—labeled CVE-2015-2865 in the industry’s taxonomical parlance—takes a bit of skill and a lot of good timing to pull off: “a user must be connected to a compromised network (such as a spoofed public Wi-Fi network), where a hacker with the right tools has specifically intended to gain access to their device. This access is then only possible if the user’s keyboard is conducting a language update at that specific time, while connected to the compromised network.”

Samsung, too, released a statement addressing the bug: “We are aware of the recent issue reported by several media outlets and are committed to providing the latest in mobile security,” the company said. “Samsung KNOX,” the company’s mobile security solution, “has the capability to update the security policy of the phones, over-the-air, to invalidate any potential vulnerabilities caused by this issue. The security policy will begin rolling out in a few days.”

“In addition to the security policy update, we are also working with SwiftKey to address potential risks going forward.”

For now, NowSecure recommends that users of Samsung Galaxy smartphones affected by the bug (a list of the vulnerable models can be found here) should: