At E3, (almost) every old game is new again 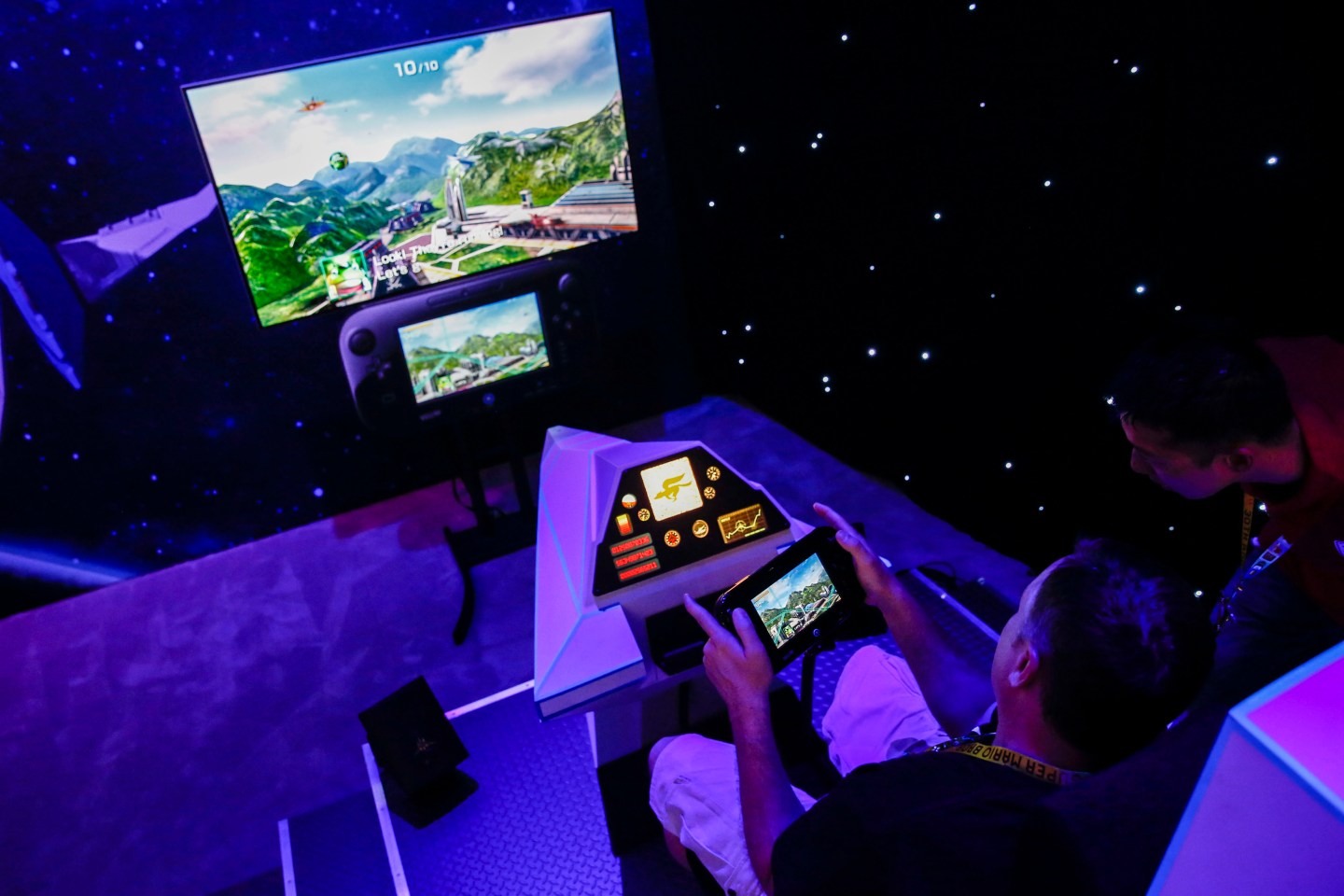 There’s a strong sense of deja vu amongst many veteran E3-goers this year.

At the Activision booth, people are strapping on plastic instruments to once again become a Guitar Hero. Take a walk over to the Los Angeles Convention Center’s concourse hall and competing music game Rock Band has gathered a crowd of onlookers, all waiting on their turn to give it a try.

Down at the Nintendo (NTDOY) booth, fans are playing a new installment of Star Fox, the first new console game for the character in 10 years. Heck, there’s even a new Tony Hawk game on display.

What’s going on here? Has a retro phase hit the industry incredibly early—or are these a new type of video game zombie, rising from the grave?

The answer, it seems, is a bit of both.

For Guitar Hero and Rock Band, both games can blame their original downturn on publisher greed. Activision (ATVI), in particular, pumped out Guitar Hero games at a phenomenal pace at their height (including 2009 when it released a mind-boggling three games in the Hero series). By 2010, the well was dry. Guitar Hero: Warriors of Rock, the last installment in the series, sold fewer than 261,000 copies.

“It’s just not a category that’s getting consumers enthusiastic right now,” Activision CEO Bobby Kotick said on CNBC in 2011. “I think you need to focus your resources on the things that get consumers really excited.”

So is four years enough time to revive sufficient enthusiasm to bring the game back? Activision hopes so.

“They’re no doubt assuming they’re going to be able to attract an audience that’s new—that was in diapers the last time these games came out,” says John Taylor, managing director at Arcadia Research. “One that really doesn’t have an impression of what was and is open to an impression of what might be. … If they can bring an experience that is really fun and sustained, then they have a chance to nail down some market share and be successful.”

At Harmonix, makers of Rock Band, officials say the enthusiasm never really went away. The company stopped making plastic guitars and drum kits, but channeled fans into other music gaming genres, like Dance Central. But, they say, there was always demand for another Rock Band.

“This game was one of the great experiences of the seventh generation [of consoles] and we think it deserves to be playable on the eighth generation,” says Steve Janiak, CEO of Harmonix. “Our hardcore players have been asking for Rock Band 4 pretty much since Rock Band 3. … The chorus got louder the further away we got from [that game]. Every time we announced a game, people would say ‘Where’s Rock Band?'”

The announcement is bringing out the faithful in Los Angeles. Beyond the crowds playing at the show, Harmonix threw an open party at a Los Angeles nightclub Tuesday night for fans that saw a steady stream of fans.

And what of the other revival games? It’s hard to say.

Star Fox is a beloved member of the Nintendo character stable, though he’s not on the same level as Mario or The Legend of Zelda‘s Link. Tony Hawk, meanwhile, just isn’t as cool as he used to be. And just because a game is a critical favorite in a previous generation doesn’t guarantee people will want to play a revamped current version.

On the whole, though, analysts aren’t real excited about the revival trend.

“We don’t have very high expectation for these games at this point,” says Colin Sebastian, senior research analyst with Robert W. Baird & Co.

On the other hand, they note, publishers generally have less to lose with these titles than they would with a brand new IP, for which development costs can run as high as $100 million.

“There’s clearly an investment happening, but they’re also leveraging existing development—and potentially some of the music licenses,” says Eric Handler, senior equity analyst at MKM Partners. “So I don’t think they view this as a significant risk.”