Yahoo CEO Marissa Mayer is doubling down on this area 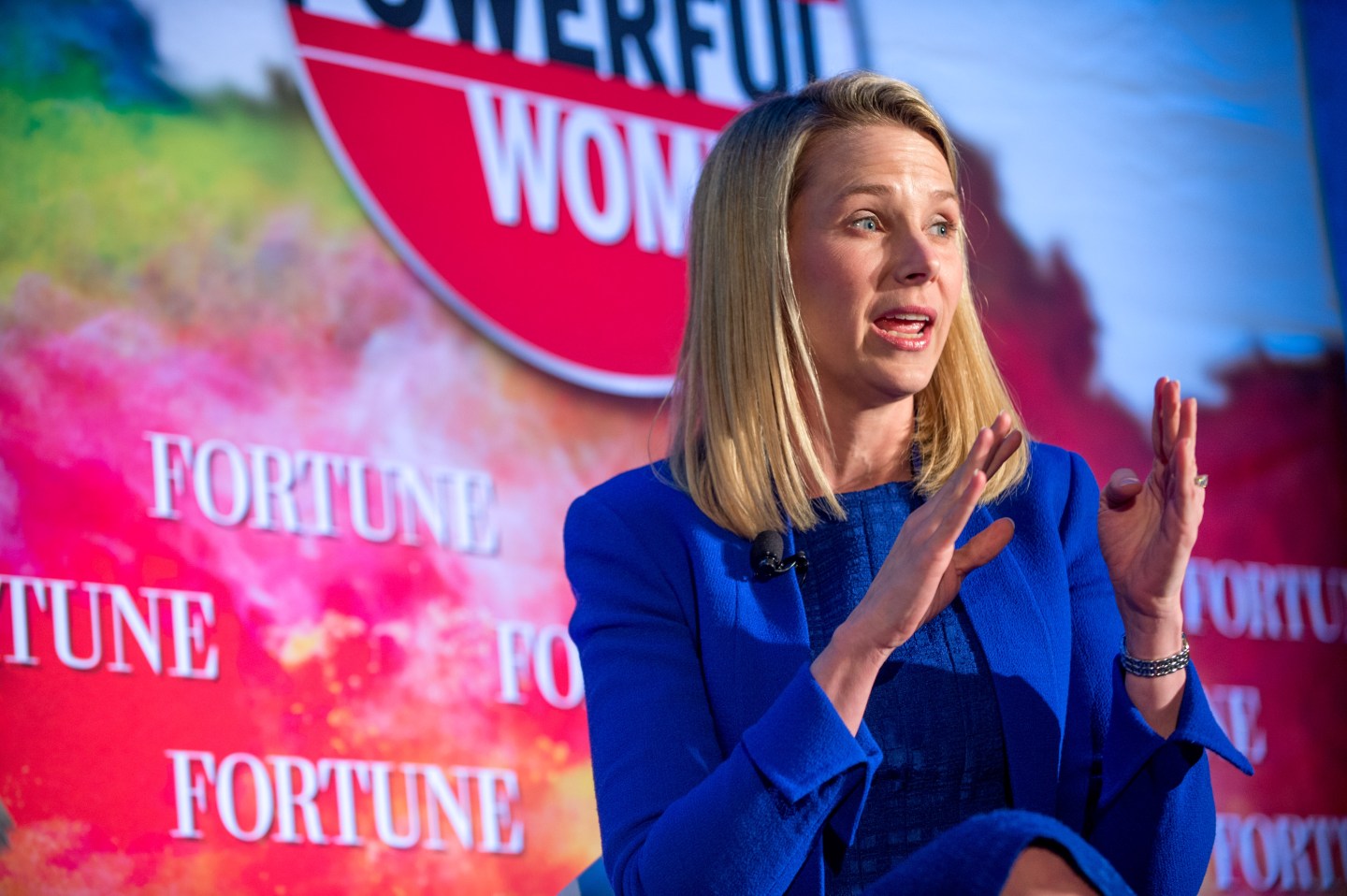 The most frequent question Marissa Mayer fielded after becoming Yahoo’s CEO three years ago was whether Yahoo was a tech company or a media company. And for the longest time, she said that uncertainty was the company’s Achilles heel.

But that Achilles heel has now become Yahoo’s opportunity and strength, she insisted Tuesday in an interview at Bloomberg’s Code Conference in San Francisco.

Mayer was referring to Yahoo’s recent exclusive deal with the National Football League to host its first-ever live webcast of a regular season game in October. The high-profile partnership put Yahoo on the map as a potential destination for exclusive videos and content online.

Or at least that’s what Mayer hopes. Yahoo declined to reveal how much it paid for the streaming rights for the experiment, but according to reports Mayer herself was personally involved in negotiations with the NFL’s commissioner, Roger Goodell.

The NFL deal is part of the company’s bigger media strategy to offer more exclusive video content as a way to attract users and advertisers. Last year, Mayer said the company started a number of experiments with content including naming editors to lead specific verticals of original content and forging a deal with concert promoter Live Nation to stream concerts on Yahoo.

In 2013, Yahoo brought on veteran NBC television journalist Katie Couric to become the technology company’s global news anchor. At a Fortune event in May, Mayer said the hire has been a profitable investment “by all means.” Tech news site Recode recently reported that Couric is renewing her Yahoo contract to the tune of $10 million annually.

In the coming year, however, Mayer says the company is doubling down on media that successfully attracted viewers and ad dollars. These include exclusive video shows, and the creation of digital magazine content.

Last month, Yahoo (YHOO) announced that it is working with X Factor creator and longtime American Idol judge Simon Cowell on a reality competition series called the Ultimate DJ. “We want to build more content in that vein,” Meyer added.

Of course, Mayer’s media focus will sound familiar to anyone who has been following Yahoo over the years. A number of her predecessors starting with former CEO Terry Semel a decade ago have talked to varying degrees about making Yahoo a media powerhouse. They’ve produced Hollywood style video shows and sunk huge amounts of money into news, sports and rock concerts. But alas, the strategy has never really turned out to be a savior.

Whatever the case, Mayer emphasized that while new NFL deal may be a coup, she will closely evaluate the partnership as well as other video series on whether people flock to Yahoo to watch online content like they would to television shows. But she is optimistic that they ultimately will.

“The NFL opportunity is historic,” Mayer said. “We hope to do more with the NFL.”