How Lord and Taylor, Urban Outfitters entice you to share your data 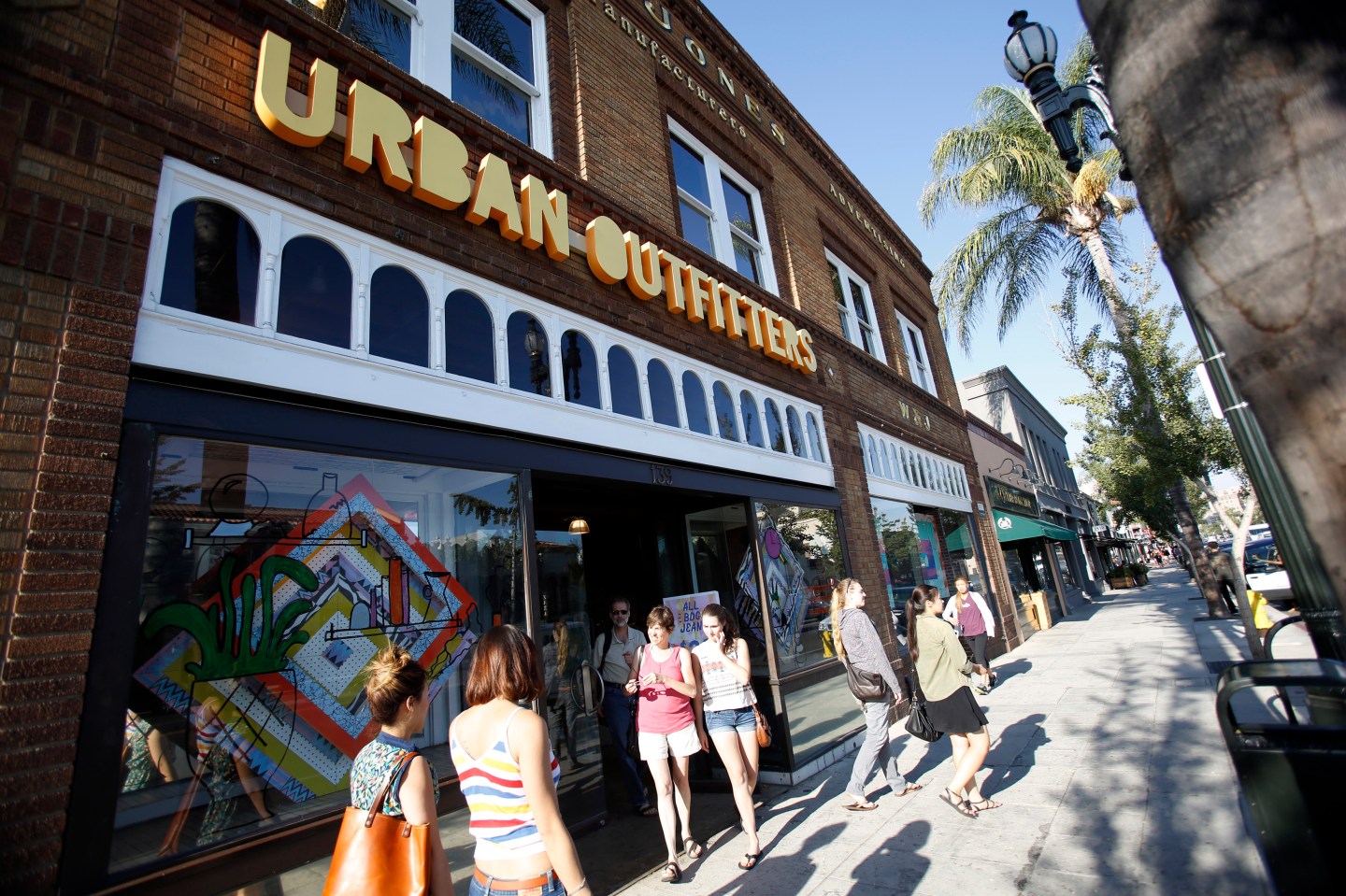 Online personal stylists who use data to predict what items customers will love and buy are all the rage. Where does that leave brick and mortar retailers? Smaller boutiques still have the edge when it comes to the kind of face-to-face customer engagement that leads to deep knowledge. But now large department stores and chains, from Lord & Taylor to Urban Outfitters, are turning to tech startups to help them jump on the data bandwagon in order to make big retail environments seem smaller and more intimate.

Take, for example, the increasing use of beacons, battery-powered broadcasting devices that retailers place in stores in order to message you via Bluetooth on your smartphone. For instance, you might be sent an offer code for 20% off on Calvin Klein sandals as you’re walking through the shoe department at, say, Lord and Taylor. If you’re sufficiently enticed, you show the cashier the code and you get your discount. Consumers must opt in to receive the notifications by downloading an app (either from the retailer or from a third party such as RetailMeNot) that listens for the signals and then transmits them when consumers are nearby.

Swirl, a Boston-based indoor mobile marketing firm that’s venture funded to the tune of $32 million, is a big player in the beacon industry, with clients such as Lord & Taylor, Urban Outfitters and Timberland. Swirl provides the hardware and, more importantly, a platform where retailers can manage campaigns and analyze data in aggregate. In other words, beacons don’t send retailers specific information about individuals, but allow them to discern trends that ultimately make them smarter about marketing. ”

And what about customers? “More than 75% of consumers say they love the idea,” says Rob Murphy, VP Marketing at Swirl. But, he says, “we have to create value in return.” That may come in the form of a discount, a preview of a new arrival, or a style idea in a particular department. He thinks that increased individual customization is the wave of the future. “Mom and pop stores knew everything about you and used that information to provide great customer service,” he says. “We’re going to have that same capability automated on a much bigger level through data.” Business Insider Intelligence reported last August that half of all U.S. top retailers were testing beacons and that 3.5 million beacons would be in installed at retail locations by the end of 2018.

But beacons aren’t the only way that retailers are capturing consumer information. ChargeItSpot, a Philadelphia-based startup, installs phone-charging kiosks at retail locations such as Bloomingdale’s, Bergdorf Goodman, Whole Foods, and Under Armour. When customers enter a store, they place their phones in a secure drawer for charging. “We’re giving consumers something they need and we ask them for some level of reciprocity,” says ChargeItSpot founder Doug Baldasare. That includes opting in to SMS messages from the retailer and/or providing an email address. The kiosks also ask customers to choose a favorite image for an extra level security. “Those images might be nine products on the store’s shelves,” says Baldasare. “By asking consumers which one they like best, stores are building a taste profile on what the person likes and can then market to them accordingly.”

Like Swirl, ChargeItSpot is in the data analytics business, providing its retail clients with information on the shopping habits of consumers. At a large pharmacy chain, for instance, customers who charged their phones are asked for their loyalty card number. “We learned that the vast majority of people who charged were premium customers – people who spend more than $1,000 a year,” says Baldasare. “And once they started charging, they were spending triple the amount of time in the store.” Every trip the customer made back to the kiosk gave the pharmacy an opportunity to deliver another targeted marketing message via the kiosk’s touch screen. The pharmacy can then manage campaigns through a client portal provided by ChargeItSpot.

While consumers appear to be getting more comfortable with sharing personal data, there’s still a fine line between information gathering and stalking. A visit to Zappos to check out Birkenstocks (guilty) will result in Zappos ads lurking on the next few sites you visit, and that can still feel creepy. The key, says Baldasare, is to provide value to customers. Maybe that’s “extra bucks” for using my CVS card; or a Bed Bath & Beyond coupon via text in exchange for providing an email address. Or it could be a free phone charge. “It’s the spoonful of sugar to make the medicine go down,” says Baldasare. In the most delightful way? Consumers will be the ultimate judges.

Donna Fenn has been writing about startups and entrepreneurship for more than 30 years. She is the author of two books, a contributing editor at Inc. Magazine and a keynote speaker.