Swirl raises $18 million to tell the Internet where you are 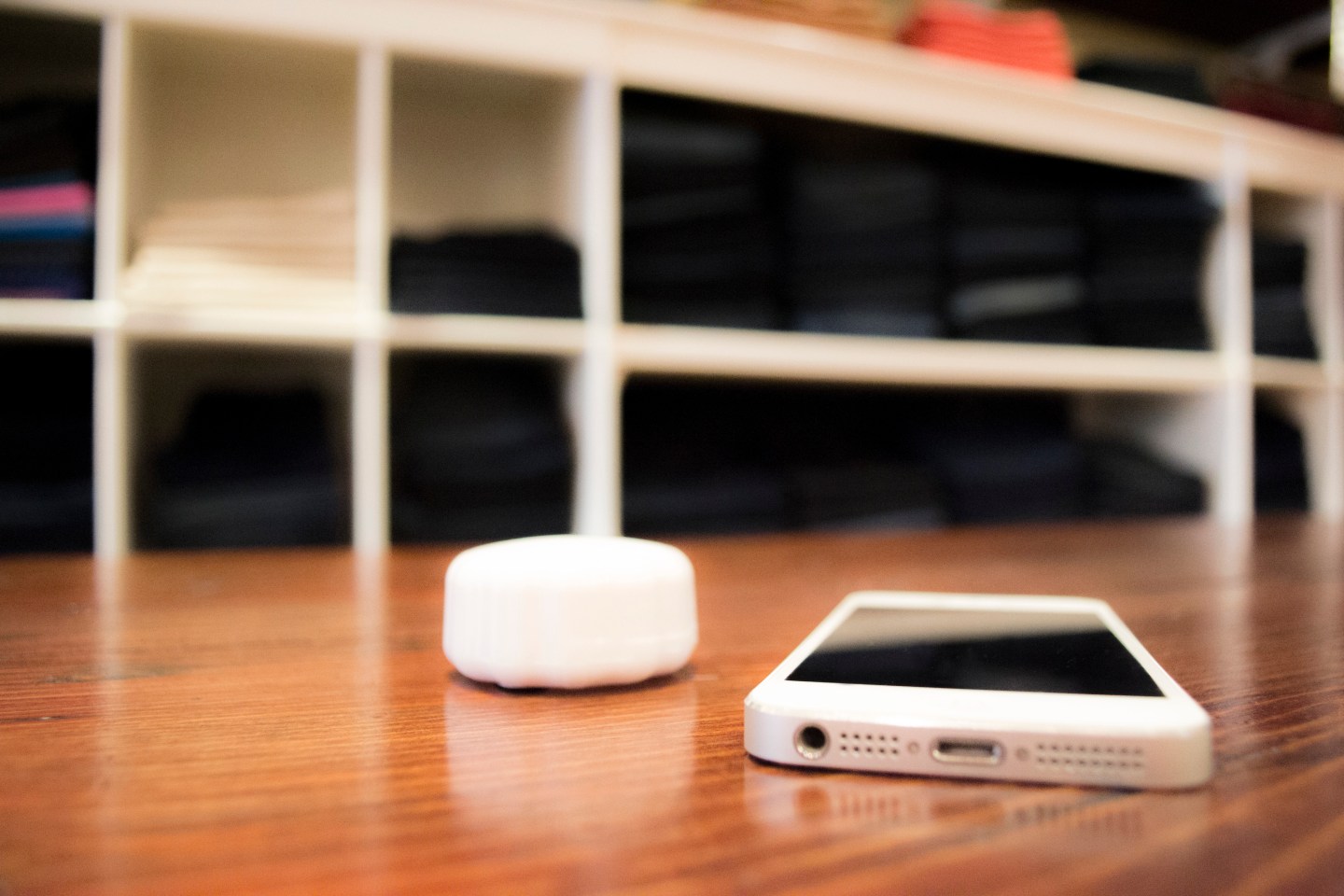 Swirl Networks, a company that makes location-sensing beacons and the software platform that helps retailers manage them, has raised $18 million in a Series C round from Hearst Ventures, SoftBank Capital, Twitter Ventures, and other strategic investors. Venture capital firm Longworth Venture Partners also participated in the round, which brings Swirl’s total capital raised to $32 million.

Swirl’s technology is used in stores such as Lord & Taylor and Urban Outfitters to offer customers proximity-based discounts via the retailers’ mobile phone apps. So if a customer is standing in the home goods section and there is a sale on a certain type of dishware, they might see a notification. But if they are in the shoe section they would see nothing.

The notification is made possible thanks to a device called a beacon that is placed somewhere nearby. These devices use Bluetooth—the same radio technology that connects your headset or a wireless speaker to your phone—to sense when a person (or actually her phone) is within a few feet and then triggers the notification.

In-store marketing was the first big test case for Boston-based Swirl and the use of beacons, but there are a lot of other possibilities. Swirl customer Marriott (MAR), for example, uses the platform for identifying guests so it can offer better service and perks.

The ability to place people with such granularity in the physical environment has all kinds of advantages for building customized services, but there are tremendous logistical hurdles to overcome. An obvious one is privacy, which Swirl manages by having people opt into the service on its own app and its customers’ apps. It’s also quite difficult to build a digital layer on top of the physical world that can understand where people are within a few feet. And doing so while relying on a distribution network of physical sensors is even harder.

Foursquare has tried with GPS and crowdsourcing the information. Even Twitter has tried using GPS data. Waze had success with traffic data, which helped it score a reported $1 billion exit to Google. Swirl has a chance to take on the next location challenge, which is using beacons and locating people within the radius of a few feet. By starting with retail customers, it already has already built a network of consumers who are comfortable with the idea, and with Twitter as a strategic investor we could see a rapid expansion or integration of beacons.

Imagine if Twitter (TWTR) added beacon support into its app. Instead of downloading a special app for each retailer or place that uses beacons — museums, stadiums and even my house has them — those same notifications might come to you via a direct message or a Twitter notification. Hopefully, Swirl and Twitter can come up with something less intrusive. But it’s clear that both companies are planning something. Swirl CEO Hilmi Ozguc emailed me the following when I asked about his plans for the funding and the influence of his investors:

“The strategic investors that we have added will not only significantly impact Swirl’s growth trajectory but also fundamentally impact the adoption and rollout of beacons in the retail industry. Their involvement in the beacon marketing space will have a profound impact on the industry.”

So if you were worried about GPS tracking, get ready for the next level of location-based stalking. On the plus side, we’re going to see an equally amazing number of cool services that will come along with it. And not all of them will be related to advertising.