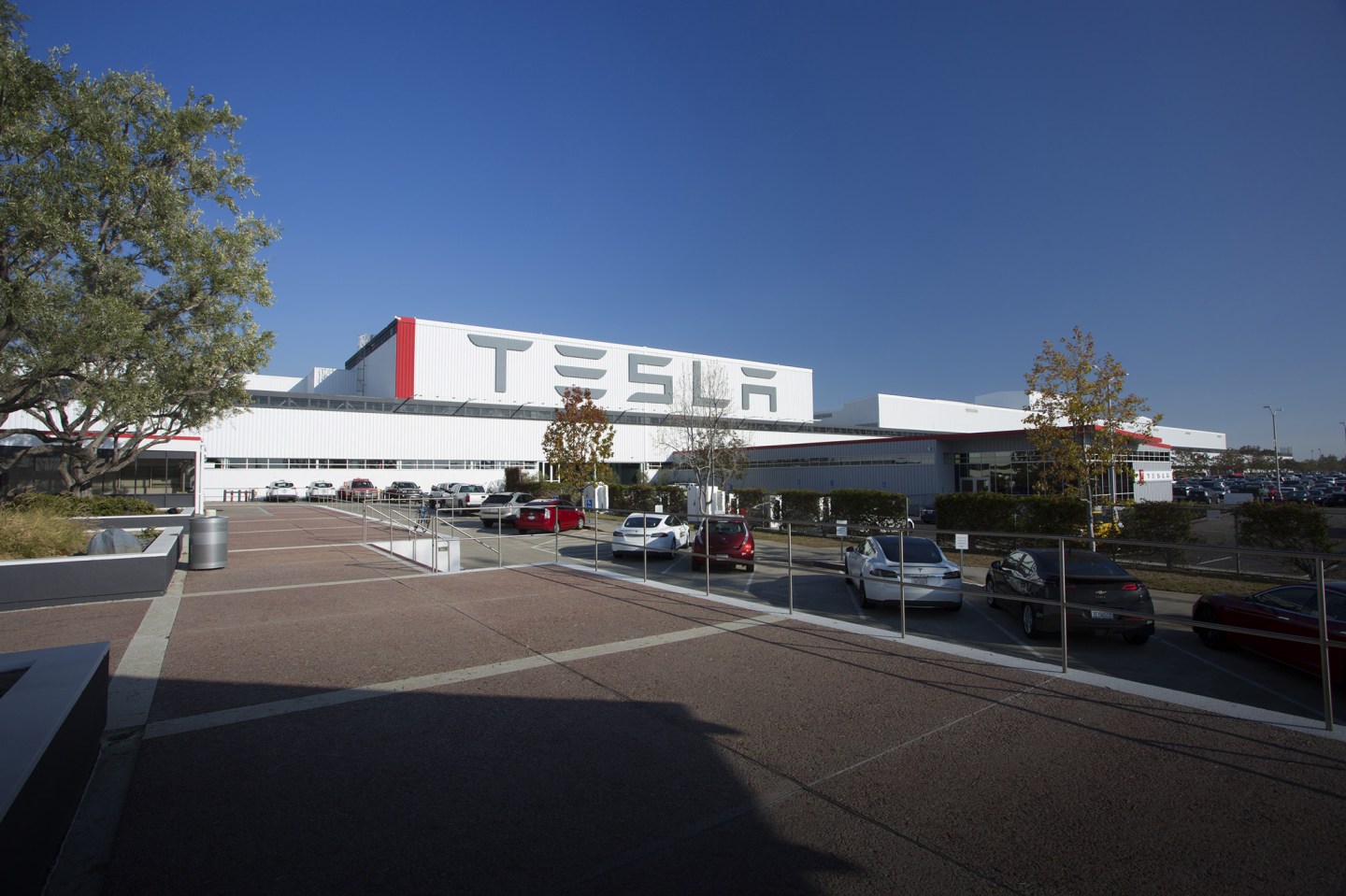 It seemed inconceivable four years ago that the the luxury all-electric automaker and energy storage company would ever fill the former home of General Motors and Toyota’s New United Motors Manufacturing plant. At the height of its activity, the massive NUMMI facility in Fremont produced 500,000 cars.

When Tesla bought the empty factory in 2010 the company was still two years from releasing the Model S. Even now, the company will only produce 55,000 vehicles this year, if it hits its production and sales goals.

And yet, Tesla (TSLA) is snapping up manufacturing space in Silicon Valley just a year after leasing space in the south central valley near Stockton, Calif.

Solyndra, once considered a hot cleantech startup for its use of unconventional materials, filed for bankruptcy in 2011. The sudden collapse of the company created more than just political turmoil and a general wariness among venture capitalists of cleantech startups. It led to some empty manufacturing space in Silicon Valley, which is increasingly rare as the area grows more dense.

Another Solyndra building located directly behind the 901 Page Ave. structure was leased by SolarCity earlier this year.

It’s unclear how Tesla will use this new space, which is located less than three miles from the company’s Fremont factory. A Tesla spokeswoman said 901 Page is conveniently located and gives the company space to expand its manufacturing and engineering labs.

It’s possible Tesla doesn’t even have a use for the space today, and is instead snapping up some of the last remaining vacant manufacturing space in the area.

Tesla has already expanded beyond its Fremont factory. Last year, Tesla purchased a 431,000-square-foot building in Lathrop, Calif., a town located near Stockton in the central valley. The building was a former parts distribution center for Chrysler.

The upshot? Tesla can then expand its vehicle capacity in Fremont and allocate more space for vehicle final assembly, Musk said earlier this week as he described the new facility to shareholders at Tesla’s annual meeting.

It’s possible that the 901 Page space will be used in a similar way. It could be, for example, where the company does final assembly on its new energy storage products, Powerwall and Powerpack, which, appropriately enough, could be a game-changer for the alternative energy industry.