Why Miller High Life will look different this summer 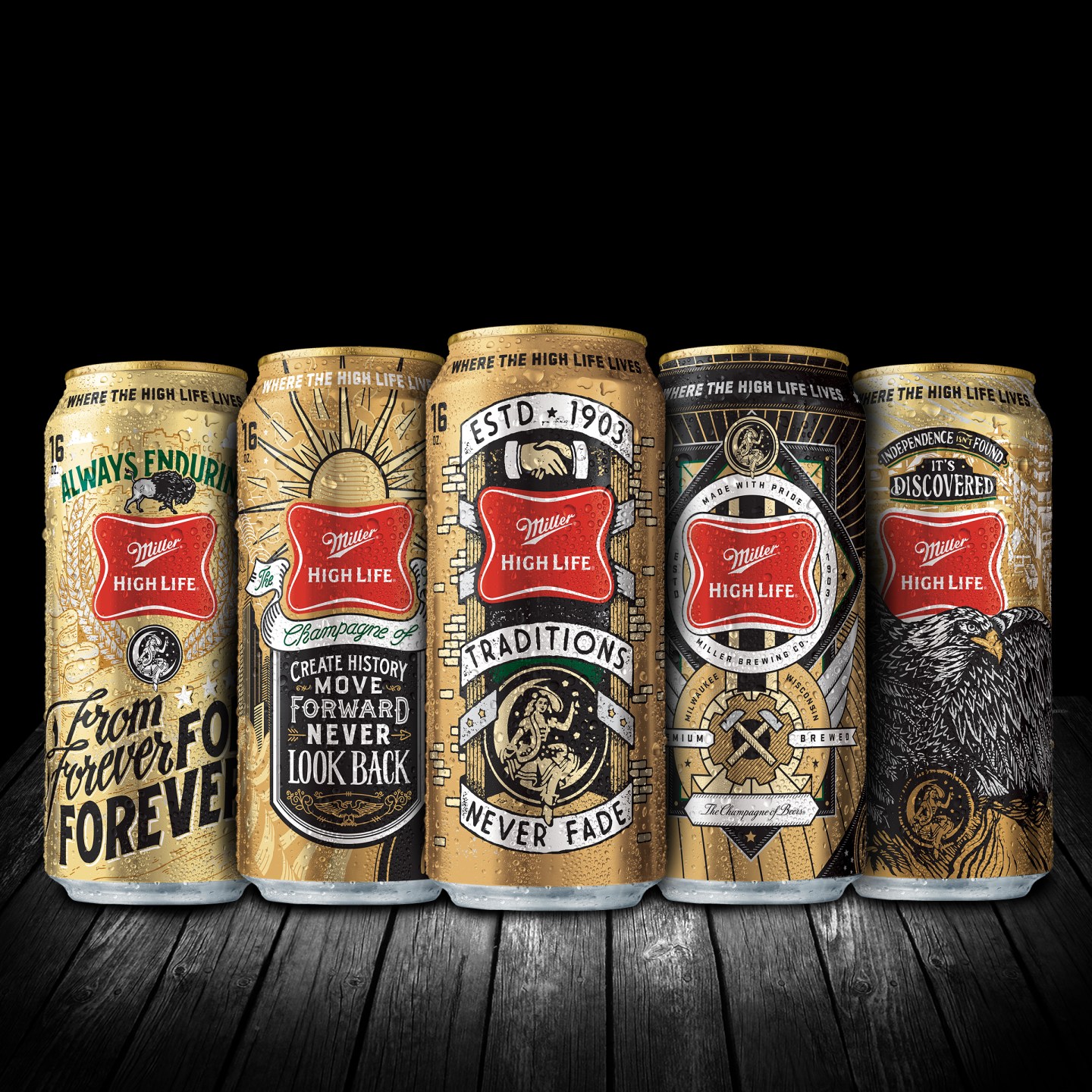 Miller High Life is debuting a new look and for a fairly canny reason. Beer drinkers are known to buy more six packs when the cans are encased in shiny new packaging.

This summer, High Life brewer MillerCoors is rolling out a new collection of cans, five that will be sold nationally and eight regional cans featured in a handful of states including California, New York, and Texas. The new cans first hit shelves in May and will be sold in August. The move follows a similar pattern in recent years of MillerCoors selling limited-edition High Life cans in the summer months to generate buzz for the brand.

The funny thing is, it works. Kedric George, director of MillerCoors’ High Life, Keystone Light, and other so called “economy brands,” said sales volume goes up between 4% to 6% when High Life’s new look hits shelves. As Fortune has previously reported on the company’s Miller Lite brand, a new look can greatly boost sales for national beer brands.

“We are developing a bit of a pattern where we are leaving people wanting more when it comes to the art on our cans,” George said. “We are seeing additional fans who maybe weren’t familiar with Miller High Life.”

George also said that when new cans hit shelves, MillerCoors also sees a spike in interest in the brand on social networks like Twitter and Instagram.

High Life could certainly use a lift this summer. Sales for the brand slipped by 0.9% in the first quarter of this year, a performance that was a tad better than the overall “below premium” portfolio, which includes Keystone Light and Milwaukee’s Best. High Life’s volume dropped nearly 4.4% in 2014 and has tumbled 26% over the past decade, according to industry tracker Beer Marketer’s Insight.

High Life’s sales declines are part of a broader trend. Lower priced beers have faced challenges as more consumers turn to craft beers, which generally command loftier prices. That mirrors a trend in the spirits industry, where craft vodkas and whiskeys, as well as higher priced offerings, are outperforming their lower-priced rivals.