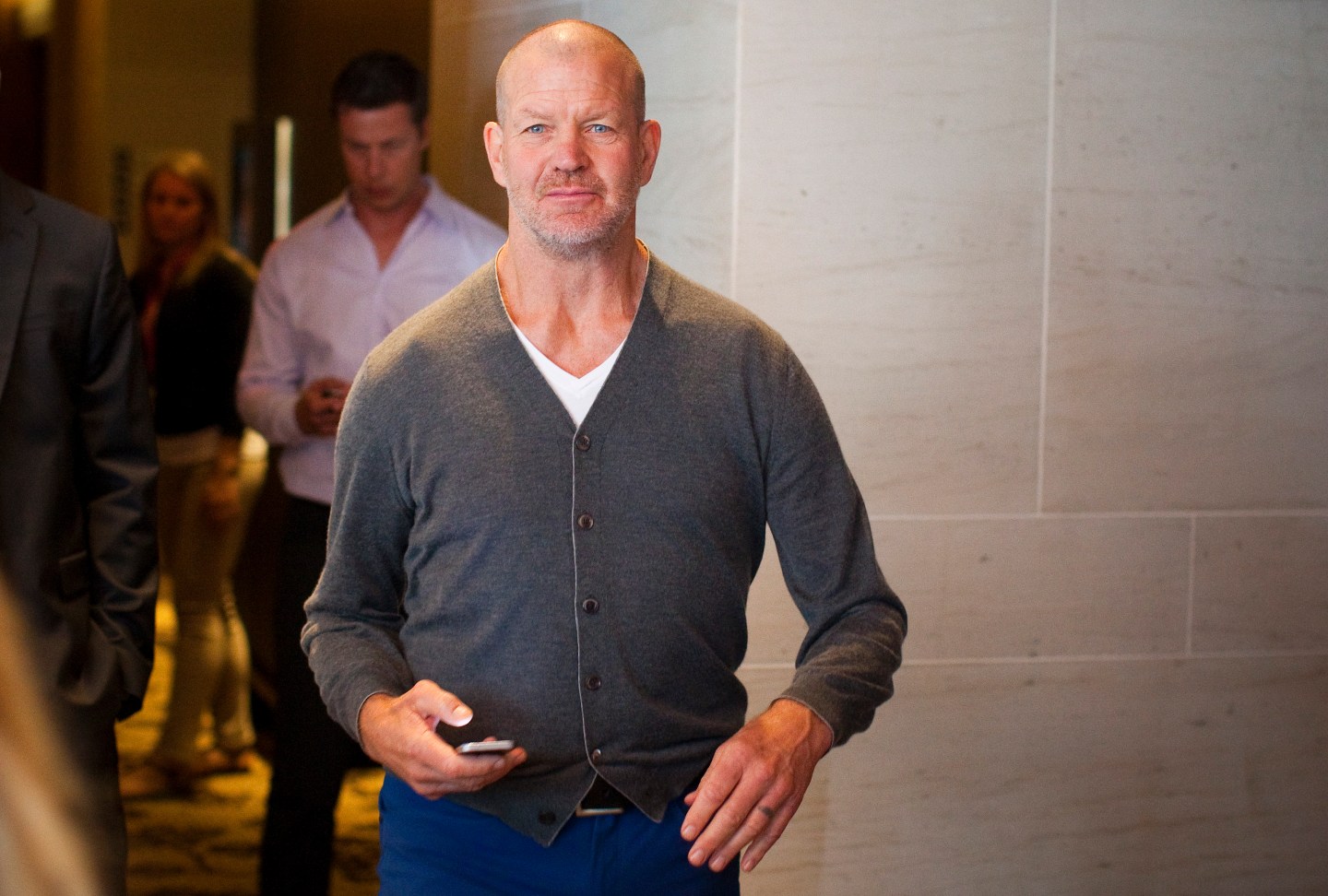 Lululemon Athletica Inc's founder Chip Wilson arrives for the company's annual general meeting in Vancouver June 11, 2014. Wilson, the company's biggest shareholder, lashed out at the yogawear retailer's board on Wednesday, saying he had voted against keeping the company's new chairman and another director in their jobs because they are too focused on short-term growth. REUTERS/Ben Nelms (CANADA - Tags: BUSINESS) - RTR3TAFY
Photograph by Ben Nelms — Reuters

Lululemon Athletica has filed for founder Chip Wilson to eventually sell his full stake in the yoga-and-running gear maker that he has at times had a contentious relationship with.

In a securities filing on Thursday, the retailer disclosed Wilson’s entire stake of 20.1 million shares could be sold at a maximum offering price of $60.95, valuing his 14.2% stake in Lululemon (LULU) at $1.23 billion. In the filing, it was also indicated that over 10 million additional shares would be offered by two investment companies that Wilson controls, as well as nearly 270,000 shares held by Wilson’s wife Shannon, who also previously worked at the company.

Wilson’s representative was quick to add that the filing didn’t indicate a stock sale was immediately planned.

“The prospectus supplement filed by Lululemon simply enables Chip Wilson to sell his shares in the future, if he chooses to do so, on the same basis as any other stockholder,” a Wilson representative said.

The relationship between Wilson and the yoga maker he founded in 1998 has at times been a difficult one. He successfully served as Lululemon CEO from 1998 to 2005, building a cult-like brand that lured women that were looking for stylish gear for yoga and other athletic pursuits. The clothing has also increasingly been worn as everyday street wear, participating in the broader “athleisure” trend that is still very popular.

But last year, he called for a shakeup of the company’s board that led to an awkward standstill between Lululemon and its founder. He quit the retailer’s board in February so he found focus on a new business called Kit & Ace, a luxury brand founded by his wife Shannon and Wilson’s son.

Some analysts praised the news as a positive step for the retailer, which on Tuesday reported better-than-expected quarterly sales.