Can personality data change the way we communicate with each other? 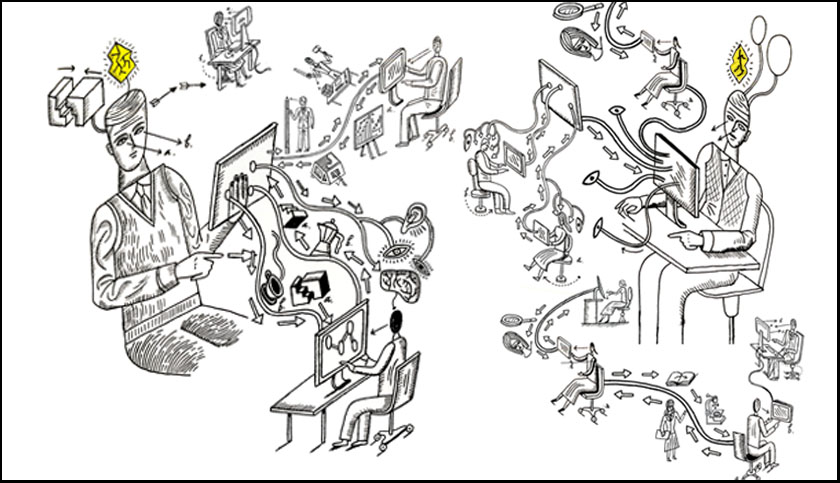 Illustration by Russell Cobb for Fortune

Like many busy executives, Sean Ammirati, a partner at Birchmere Ventures in Pittsburgh, had a habit of firing off a series of tired emails after his kids went to bed. Slogging through your inbox late in the evening is so common in the technology industry that some call it the third shift. But recently Ammirati realized just how mindless—and possibly ineffective—those emails were. All it took was a new piece of software called Crystal. “Be concise,” it urged him as he composed a rambling email to an entrepreneur. “Be logical,” it said of another missive. With each message the software suggested to Ammirati phrases to use and avoid, all tailored to his intended recipient.

Launched two months ago by a Nashville-based startup of the same name, Crystal knows the email style and preferences of just about everyone in the English-speaking professional world. It knows that Ammirati prefers short, blunt language and that I like sarcasm. If you’ve ever written anything on the Internet, Crystal probably knows how you like to correspond too. By analyzing data from publicly available sources like social media and private peer reviews on its own site, Crystal categorizes professionals into 64 personality types and extrapolates their work and communication styles from there.

Ammirati was skeptical when he installed the Crystal plug-in for Gmail, which starts at $19 a month for individuals to use. (It will cost $99 for companies.) But after a month, he’s sold. He estimates that around 80% of the 100 emails he sends each day are “semi-warm,” or sent to people he doesn’t know well. “I found it to be amazingly, magically accurate,” he says. It’s hard to measure whether his emails are actually more effective with Crystal—perhaps the introduction he wrote would have been well-received despite it—but it gives him confidence that his intentions will be properly understood. In today’s mobile-first world, anyone can dash off an email without much thought. A tool like Crystal forces the sender to think more about the person on the other side of the screen. It’s like spell-check for empathy.

Such technologies are increasingly important as work communications move away from in-person meetings around a conference room table and toward virtual chatrooms and instant messages. A friendly smile makes it easy to deliver a joke to your boss in a live professional setting. But in a digital environment, should you compensate with a smiley face emoticon or an “LOL”? (The answer, for me, is no. Crystal says Fortune editor Alan Murray prefers a formal grammatical structure and dislikes casual greetings. My sincere apologies for all those emoji, sir.)

Companies have used personality assessments to standardize hiring and training since the invention of the Myers-Briggs test in the 1940s. But social media and its tsunami of data have made that information easier to get, no tedious test required. A new class of companies—including Knozen, a quiz-based personality app; Conspire, an email-analysis service; and Crystal—spit out similar workplace insights based on employees’ daily activity and input from peers.

The rising interest in this kind of information coincides with the economy’s migration from blue-collar jobs to knowledge-worker positions. It’s especially prevalent in the technology industry. Human resources departments, elevated to the C-suite with titles like chief people officer (or the Silicon Valley version, chief happiness officer), have swelled in influence, and they’re more willing than ever before to embrace data to make personnel decisions. That’s a dramatic change from the 2000s, when companies had little interest in adopting HR software, says Knozen CEO Marc Cenedella, who at the time led finance and operations for Hotjobs.com. Today, he says, “it’s almost flipped. They are interested in every new tool there is.”

Beyond HR departments, Crystal has seen adoption among salespeople communicating with clients, business-development executives doing outreach, and managers who want to strengthen their relationship with their teams. Crystal founder Drew D’Agostino believes his company’s personality data can help in any work situation—not just with email. Personality differences seep out in high-pressure situations, he says: “Crystal can give us the opportunity to step back and say, ‘This is how I approach problems. This is how you approach problems. Let’s keep that in mind when we solve this.’ ”

But first some of us have to get past the creepy Big Brother factor. Must Crystal broadcast, for example, the fact that I’m frequently late? It may be true (okay, it’s definitely true), but I’d rather not have a scarlet “L” permanently attached to my professional reputation. D’Agostino and Knozen’s Cenedella each say that my reaction—embarrassment followed by swift indignation—tends to happen when the data-driven assessment is dead-on. In other words, if an algorithm can use my digital exhaust to determine that I am habitually tardy, it’s probably not a secret.

“The view existed whether or not we were there to reveal it,” Cenedella says. “Our point of view is, Isn’t it better for you to know, so then you can do something about it?”

I would still prefer to ruin a first impression on my own, thank you very much. But I may be an outlier. It’s more common for Crystal users to be proud of their profiles and share them, flaws and all, on social media or with co-workers, D’Agostino says. For him the reaction validates Crystal’s goal to improve people’s understanding of one another.

“People email me, saying, ‘It now makes so much sense why I had this argument with my wife, or why I hate when my boss does this,’ ” he says. “It’s going to make relationships healthier.”

A version of this article appears in the June 15, 2015 issue of Fortune magazine with the headline ‘Empathy, Thanks To Algorithms.’

Now read Crystal’s tips for emailing the CEOs of the Fortune 500.