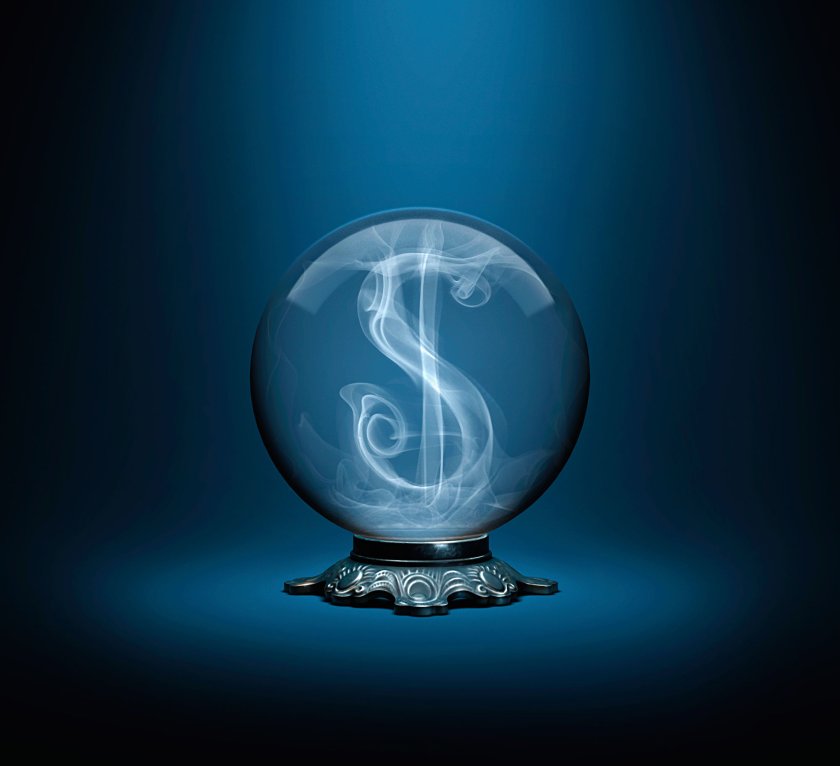 The Fortune 500, our annual ranking of the largest U.S. companies, has been in a constant state of flux since the first one was published in 1955. This year is no different, and surely by 2025, plenty of companies we’ve barely heard of will knock stalwarts and industry incumbents from the list.

We could easily speculate as to which hot startups and fast-growing businesses are destined to join the Fortune 500 in the next decade. We could even pull directly from our annual fastest-growing public companies list, which last year was dominated by the shale, financial services and housing/real estate sectors.

But our speculation would be just that. Rather than take wild guesses, we’ve turned to data. The following list takes the average compound annual growth rate, or CAGR, over the last five years for the Fortune 500 and uses that figure to extrapolate each company’s growth for the next 10 years. Assuming that past growth equals future growth is not a perfect methodology. (For example, our top pick, Energy Transfer Equity, has grown thanks to an $18 billion acquisition that it will likely take years to absorb and not be repeated.) Beyond that, one has to assume there are limits to how much a company can grow. The first six companies on our “Fortune 500 of 2025” list have projected revenues of more than $1 trillion. That’s more than double the 2014 revenue of Wal-Mart, the No. 1 Fortune 500 company on this year’s list, and feels like a bit of a stretch. Still, it’s a fun thought exercise.

The list is notably dominated by what’s thought of as the four horsemen of the tech industry: Apple, Facebook, Amazon, and Google. Even though they’re all large, maturing businesses, they have continued to roll out new products, acquire exciting startups, and push into new lines of business at an aggressive pace. Their revenue growth reflects that.

And if you’re reading this from the year 2025, feel free to let us know how wrong we were.

The company, ranked No. 53 on the Fortune 500 list, grew revenue by 14% last year and tripled its annual profits, even amid a global drop in commodity prices. If the company (ETE) continues to grow at the same pace it did for the last five years, by 2024—and therefore our 2025 Fortune 500 ranking—it would have $5.8 trillion in revenue. That’s unlikely–most of the company's growth came from a big acquisition, and last year Energy Transfer Equity did just $56 billion in revenue.

If Apple (AAPL) continues its recent revenue growth over the next 10 years, it will hit $4.5 trillion in sales in 2024, making it the country’s second-largest corporation.

Ten-year-old Facebook (FB) has only been a public company for three years, but its 58% revenue growth, driven by mobile advertising revenue, rivals that of a young startup.

The company’s (ESRX) $29 billion merger with Medco in 2012 helped boost its give-year growth rate, despite shrinking revenue and profits in 2014.

The “baby Berkshire Hathaway” conglomerate owns businesses as diverse as banks, plastics companies, timber operations, energy companies, a ski resort, and a beef packing business. It has grown through acquisitions, most recently its 2012 merger with Jefferies Group, worth $3.8 billion. Despite its relatively small $12.4 billion in revenue in 2014, if Leucadia (LUK) continues at the same growth rate for the next decade, it would manage $1 trillion in revenue in 2024.

Even with $88 billion in 2014 revenue, Amazon (AMZN) remains a growth story. The company increased revenue by 19.5% over the prior year. (Profits, in typical Amazon fashion, were non-existent.) If Amazon continues that growth trajectory for a decade, it would have just over $1 trillion in profits in 2024.

If the oil company, which holds the second-place spot on this year’s Fortune 500, continues its current five-year growth rate, Exxon Mobil (XOM) will bring in $691 billion in revenue in 2014.

Customers shop at a Walmart.

That’s right—we’re predicting that in 10 years, Amazon will be bigger than Wal-Mart, the country’s largest corporation (WMT) for three years in a row. (Amazon was No. 29 on the Fortune 500 this year.) Even with modest growth—Wal-Mart’s revenue increased just 2% between 2013 and 2014—its size alone will keep it high on the Fortune 500 list of the future if it can continue defend its market position from online competition.

A conference attendee looks through "Cardboard," a viewer that enables the user to view content from a smart phone in 3D, during the Google I/O developers conference in San Francisco, California May 28, 2015. REUTERS/Robert Galbraith - RTX1F04Q

By 2025, we’ll know how many of Google’s crazy moonshots have actually paid off and which ones look more like pipe dreams. We’ll also know whether the company (GOOG) successfully transitioned its money-printing search engine—which performs best on desktop browsers —onto mobile. If it does, expect Google to climb to the elite ranks of the Fortune 10 (it’s No. 40 this year), with $653 billion in revenue.

The fuel services company (INT), listed at No. 68 on this year’s Fortune 500 list, could see revenue grow to $640 billion if it continues its current growth rate.