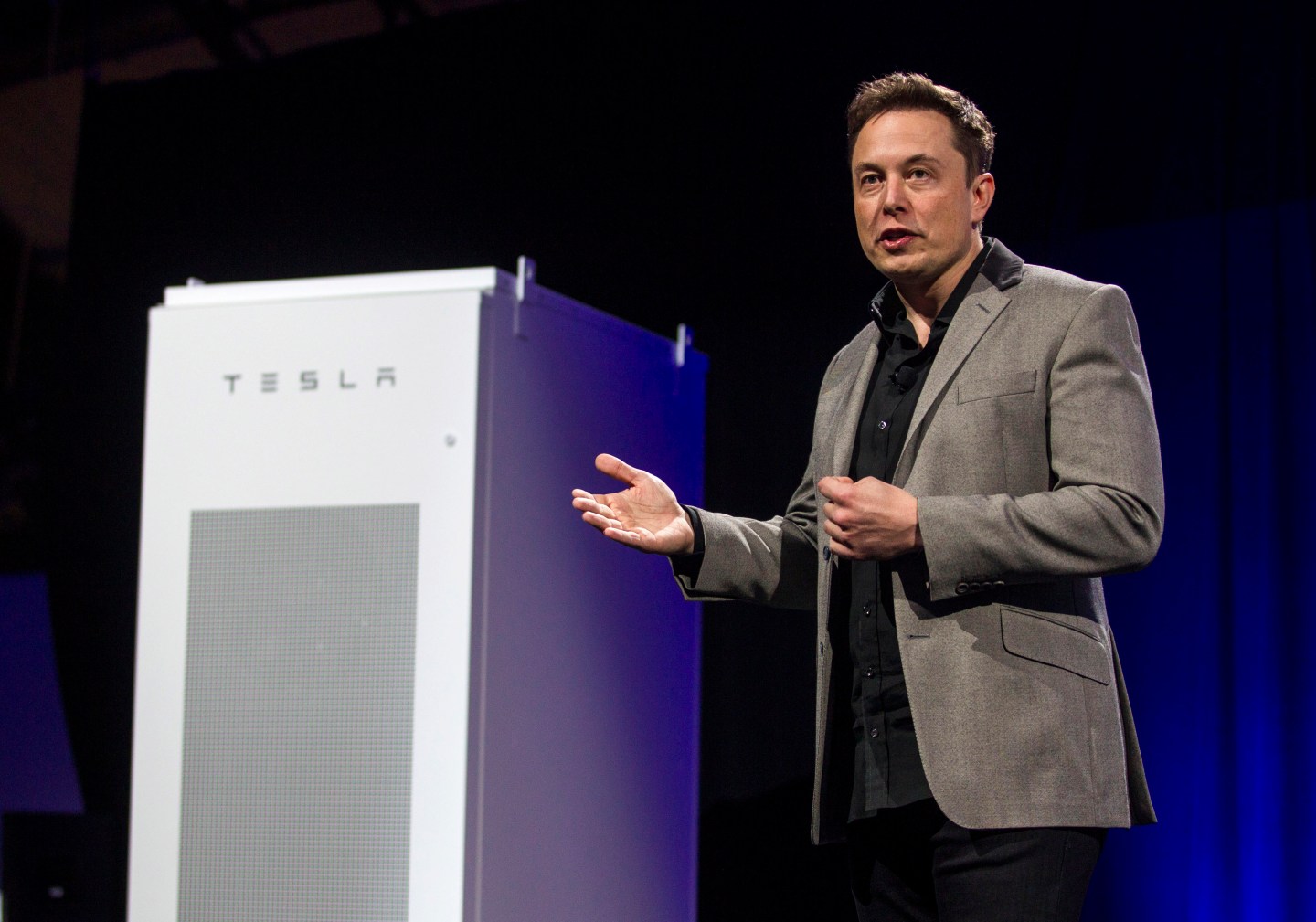 Tesla CEO and SolarCity Chairman Elon Musk appeared to be wooing utilities at a utility industry conference that kicked off in New Orleans this week. In an onstage conversation Musk asked the audience, “how can what Tesla is doing be most useful to the utility industry?” and added, “how do we build stationary storage technology that helps to take things to a whole new level?”

Tesla officially launched its grid battery business in early June, after slowly building it over the course of many years. Tesla’s batteries are being sold to be used by utilities, by commercial and industrial building owners, and by home owners.

A few weeks after that initial launch, Musk said the new “stationary storage” division had seen so much demand that it had “gone viral,” with 2,500 pre-orders of the larger industrial Powerpack, and 38,000 pre-orders for the smaller Powerwall. Musk said orders were “basically sold out through the middle of next year.”

While the batteries for homes and small businesses sound impressive, it’s actually the large scale utility grid and industrial market that could prove to be much more interesting for Tesla. Musk said on the company’s latest earnings call that he expects most of the stationary storage sales to be at the utility or heavy industrial scale, with potentially “5 to 10 times more megawatt hours” deployed at the utility and heavy industrial scale than at the consumer scale.

Tesla has started partnering with companies that can develop utility battery projects. Last week startup Advanced Microgrid Solutions told Fortune that it had scored a deal to buy and install 500 megawatt hours (like the equivalent of tens of thousands of Powerwalls) for use by utilities.

The potential of major utility sales is why Musk sat in front of the utility exec audience and actively courted them today. “We would like to engage in a dialogue,” Musk said.

Particularly if electric car sales ended up slowing due to low gas prices, the utility sector could be an extremely important customer for Tesla down the road. “We could easily have the entire Gigafactory just do stationary storage,” said Musk on the most recent earnings call. He said Tesla is looking into how to make the factory output bigger than previously expected.