New Deutsche Bank CEO needs to look forward, not into his past 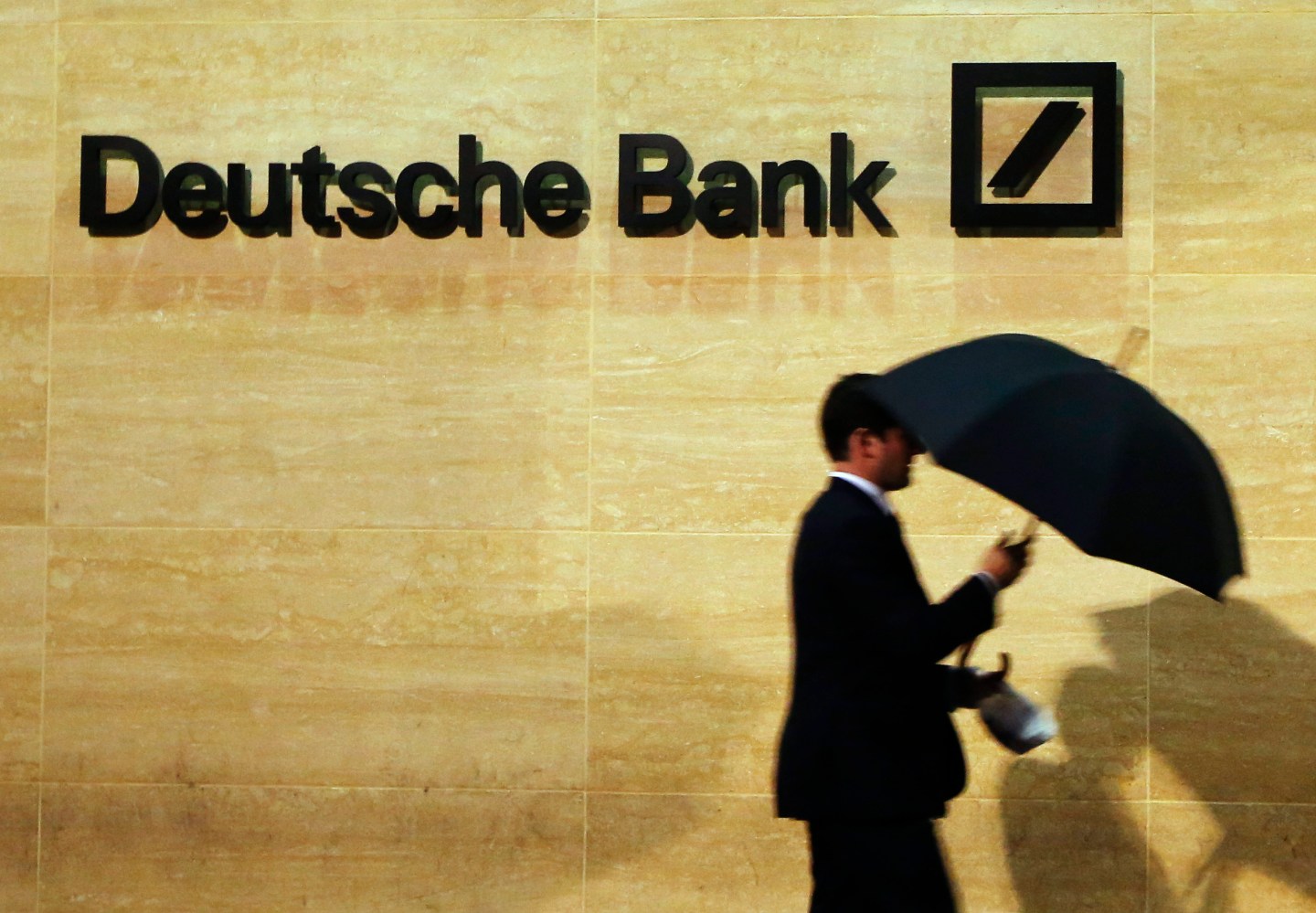 In 2012, Deutsche Bank appointed Anshu Jain co-CEO because the Indian-born Wall Streeter had made the German company into an investment banking powerhouse.

On Sunday, Deutsche announced that, after three years of dismal returns at the bank, Jain would be leaving, and appointed Briton John Cryan as the company’s next CEO. (Jain’s co-CEO Jurgen Fitschen is leaving as well.)

The German mega-bank could be about to make the same mistake twice.

Cryan, a former chief financial officer of UBS, gets good reviews from his time at the Swiss bank. But like Jain, he is an investment banker. And even those who admire Cryan don’t see him as a change agent. Reuters reports that insiders and analysts told Reuters that Cryan is likely to stick to Deutsche Bank’s current game plan.

That could be a problem. What Deutsche Bank needs is a major shake up. The bank has announced plans to slightly scale back its investment bank and spin off its Post bank retail banking division. Many have criticized the plan for not being aggressive enough. Deutsche Bank is one of the few large European banks to stick with investment banking at a time when the business is generating very low returns, especially in Europe. Credit Suisse recently ousted CEO Bradley Dougan, a former investment banker, in favor of Tidjane Thaim, the former head of insurance firm Prudential. Barclays, which bought the remains of Lehman Brothers after the financial crisis, is now slashing its investment bank. Last week, HSBC said it too is cutting its investment banking division in order to boost returns.

UBS, Cryan’s former employer, also pursued a radical overhaul, exiting much of its investment banking operation. But that restructuring started in 2012 after Cryan left the bank. Cryan was most recently with Singapore state investment firm Temasek Holdings Pte. Ltd., and has been a member of Deutsche Bank’s board.

Deutsche Bank could benefit from being one of the few remaining large players in investment banking in Europe. It has always been a dominant player in the bond business, making most of its money in rates trading, essentially a business model built around capturing differences in interest rate spreads. But with many European bonds in negative interest rate territory, or hovering at all-time lows, there isn’t much interest rate spread to capture these days. And the European Central Bank’s bond buying and the current state of the Eurozone economy is likely to hold rates low in Europe for a while.

What’s more, large U.S. investment banks such as Goldman Sachs are searching for more business, and they have been anxiously waiting to jump into Europe when things improve. Few are jumping yet. In the U.S., Deutsche Bank has long tried to break into the top ranks of investment banks, but remains far behind its Wall Street rivals.

Profitability has dropped for all major banks since the financial crisis, in part because of increase regulation. But investment banking has plunged more than traditional banks. And that’s particularly true in Europe. Deutsche Bank’s return on equity has slumped to a pathetic 3.1% recently. Most major U.S. banks have ROEs in the low double digits. The banks that focus on lending, such as Wells Fargo and U.S. Bank, have the highest ROEs these days.

Some banks have done OK generating lower returns as long as they can convince investors that the bank is safer than it was in the past. But Deutsche Bank hasn’t been able to do that. Earlier this year, Deutsche Bank failed its U.S. stress test — which is supposed to measure if a bank can weather a financial downturn — by a very wide margin. And its stock currently trades a price-to-book value of 0.6, meaning that investors think the bank has a good deal of assets that have a high risk of being worth much less than the bank says they’re worth.

In order to turn itself around, Deutsche Bank needs to show it can be much safer, or much more profitable. If it stays in investment banking, accomplishing either of those tasks will be hard to do.
[fortune-brightcove videoid=4278647740001]