America is finally getting a raise 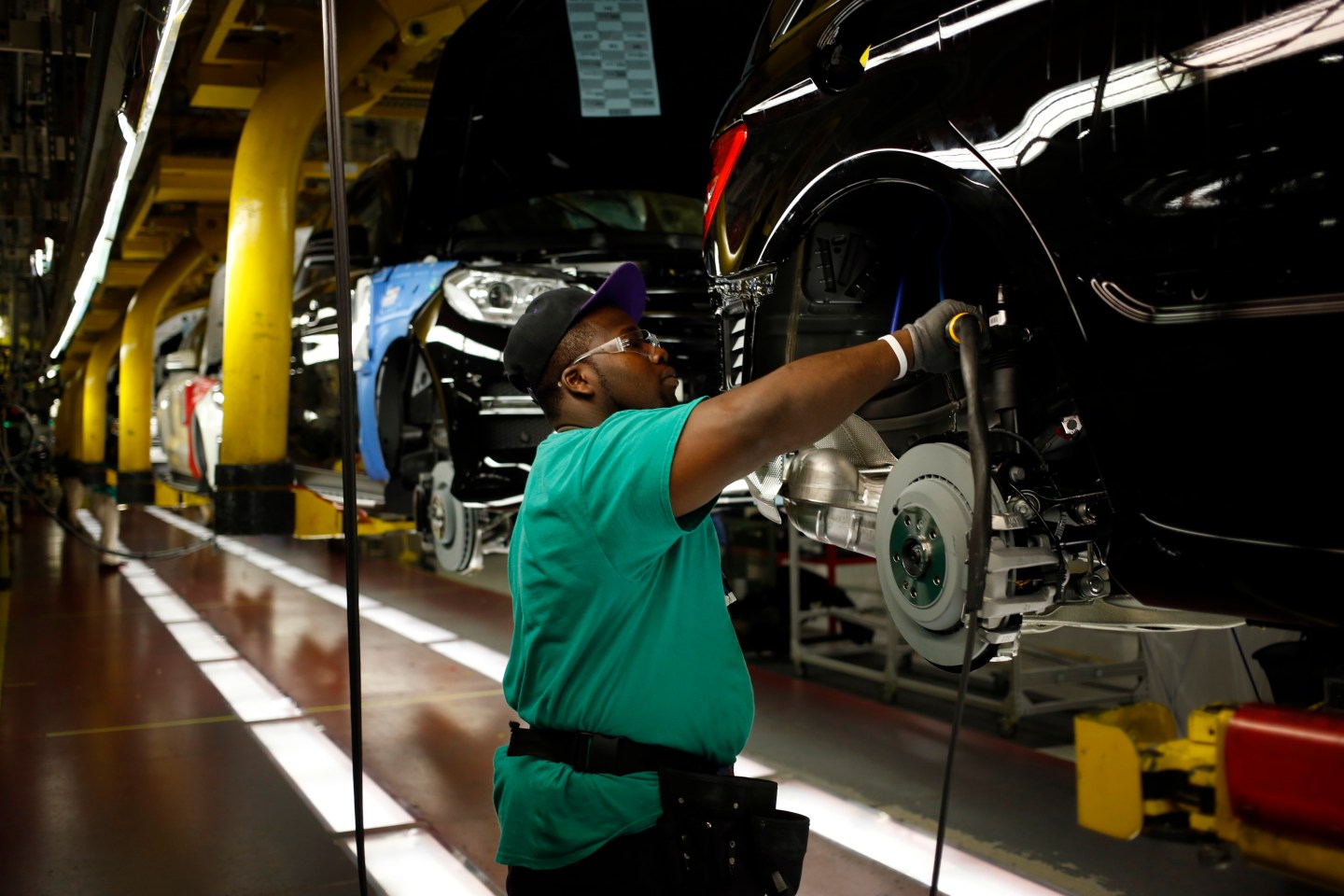 America’s economic expansion is now entering its seventh year. Total output and jobs have surpassed their previous peaks, while the stock market has soared nearly 200% since its 2009 lows.

At the same time, too few jobs have been added in this recovery, and there remains significant slack in the labor market. This is underscored by one statistic in particular: the fact that wage growth has been historically low during this recovery compared to those of the past. As Spencer Jakab at The Wall Street Journal has pointed out: “Since the end of the recession, the average hourly earnings of production and nonsupervisory employees have grown just 2% a year, on average — a percentage point less than in the last recovery.”

Now it looks like that trend might be reversing. Friday’s job report showed that the average hourly worker earned 8 cents more per hour in May than he or she did in April, while wage growth over the past three months is close to the 3% we’ve seen in past recoveries:

Average hourly earnings rose a tad more than expected (+0.3%). Over the past three months, they're growing at an annualized rate of 2.9%.

This chart from the Bureau of Labor Statistics shows the U.S. economy is heading in the right direction wage-wise:

It’s difficult to overstate how important wage growth is to promoting faster economic growth. U.S. GDP is composed of mostly consumer spending, and the recession put a huge dent in the average American’s capacity to consume. That’s one reason why the Federal Reserve has done everything it can to push the economy toward full employment. A tight labor market forces firms to compete for workers with higher wages, which can lead to a virtuous cycle of wage gains and consumer spending.

Unfortunately, the U.S. consumer hasn’t been motivated to spend his or her wage gains, or the tens of billions of dollars consumers have saved in recent months as a result of cheaper gas prices. As I wrote last month, this extra money is showing up in a higher savings rate. It appears that consumers are choosing to save or pay down debt rather than spend their extra cash.

That said, there is often a significant lag between big macroeconomic shifts — such as cheaper oil or rising wages — and consumer behavior. A few more months of solid wage gains like we saw in Friday’s jobs report and the American consumer could be primed to lead the U.S. economy to the next, more robust, phase of the recovery.

Editor’s note: The original version of this article suggested that the reason for low-wage growth is because the U.S. economy has added relatively more part-time and low paying jobs compared with other recoveries. In fact, most jobs added since the recovery have been full-time. This article has been updated to reflect this.
[fortune-brightcove videoid=4273564121001]