Which cloud company is next on the auction block? 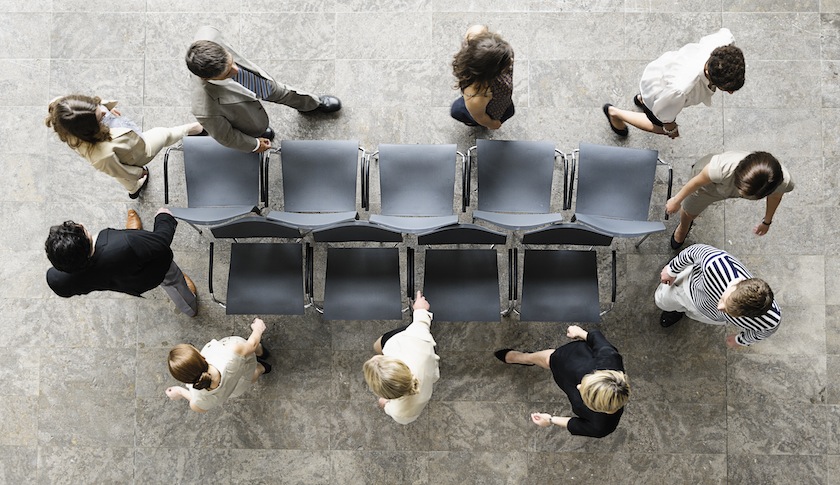 With Tuesday’s news that EMC is buying Virtustream for $1.2 billion, there is one less independent cloud infrastructure provider out there. And those numbers are dwindling by the month.

In the past two years, legacy technology giants IBM (IBM), Cisco (CSCO) , Hewlett-Packard (HPQ), EMC (EMC) and Datapipe gobbled up SoftLayer, Metacloud, Eucalyptus, Cloudscaling, and GoGrid respectively to build their cloud stature. Now, you have to wonder what company’s next to go.

Here’s a completely unscientific and speculative take on likely acquisition targets going forward. Fortune reached out to the companies mentioned and will update this story as needed.

Joyent, is a likely acquisition candidate. Two years ago, the company appointed Henry Wasik as CEO. Wasik was a former Dell exec who got to that point by selling Force10 Networks to Dell at a huge premium. That got tongues wagging. Then last year, Joyent replaced Wasik with Scott Hammond, a former Cisco exec who came to that company when it bought Newscale in 2011. That was Hammond’s third successful exit to date, according to BusinessInsider. More tongue wagging.

Hammond, reached via email, did not comment directly on the company’s plans but said:

“Cloud computing is a large market that is disrupting how companies consume technology. There are a lot of cloud companies leveraging differentiated technology to build high growth businesses so the M&A activity will continue.”

And then there’s ProfitBricks, a rabble rouser out of Berlin with U.S. headquarters in Boston. This company made waves with price cuts that took on cloud market leader Amazon (AMZN) Web Services last year.

ProfitBricks differentiated itself from Amazon by offering big, powerful resources—say 62-processor cores and 240 GB of RAM—as opposed to Amazon’s approach that combines lots of smaller computing instances. The Amazon model is to put together tons of smaller building blocks to accomplish big tasks while ProfitBricks offers more massive building blocks dedicated to the task at hand.

ProfitBricks also offered its capacity by the minute, while Amazon charges by the hour.

“ProfitBricks is not for sale. Even as the big three dominate the market and other IaaS providers get snapped up, we believe there remains plenty of room in the market for independent providers, so long as those providers are well engineered and focused on the right markets.”

By big three, he means Amazon (AMZN), Microsoft (MSFT) and Google (GOOG), the biggest (by far) of the public cloud infrastructure providers.

Cloud pioneer Rackspace (RAX) has pivoted many times in the past few years. It once positioned itself as a competitor in the public cloud infrastructure market but is now apparently morphing into a support provider to bigger public clouds. A year ago, Rackspace put itself on the block and four months later took itself off, so clearly the San Antonio, Texas-based company is ready to review its options. (Rackspace said it does not comment on rumors and speculation.)

Rackspace would also be expensive, but then again, it has customers, and customers are key for any company trying to build its cloud presence said Holger Mueller, VP and principal analyst with Constellation Research.

New York City-based DigitalOcean bills itself as the world’s second largest hosting provider and has won plaudits for its easy-to-deploy and easy-to-use cloud resources. With north of $90 million in venture funding it would be a pricey buy, but one that could make sense for a big vendor that seeks more Amazon-like status among developers. DigitalOcean, which did not comment for this story, claims 450,000 developers use its services.

David Mytton, CEO of Server Density, a London-based server monitoring company, said DigitalOcean could be a good fit for IBM. “IBM SoftLayer continues to be a great infrastructure product but I don’t think IBM has enough credibility with the developer community,” he said via email.

IBM needs to prove that it’s not only interested in big corporate accounts where it already resides, but also in the individual developers that fuel the startup economy.

CloudSigma, out of Zurich, is another interesting provider with specialty in high-performance computing of the type used by scientists and medical researchers. It is also expanding its presence in the U.S. CEO Robert Jenkins declined to comment for this story.

No executive is going to admit to a reporter that his company is on the auction block. The truth of these matters is every startup is headed for an IPO until some acquirer makes the right offer. Virtustream for example, was IPO bound, and boom, the next thing you know it’s part of the EMC Federation.

Gartner Distinguished Analyst Lydia Leong said Virtustream has had several suitors. “The indicators seemed to have been that they were waiting for the right time and the right valuation,” she noted via email.

One thing is clear, the stakes are sky-high for the legacy IT providers, aka the would-be buyers. They are watching more of their current customers put jobs and data in the cloud so they need to be competitive there. At the same time, new born-to-the-web startups are deploying on Amazon or Microsoft or Google public clouds from the get-go. All three of those public cloud providers field massive and affordable cloud infrastructure that will be hard to compete with going forward.

But the stakes are also very high for the handful of remaining smaller independent cloud players. All of the would-be purchasers have already made one or more cloud acquisitions and are working to integrate them into their core. It’s unclear how long their appetite for new companies—at least at a fair price—will continue.

The risk for the independents is if they play hard to get for too long they’ll end up standing out in the cold when this high-stakes game of musical chairs ends.

Note: This story was updated at 3:05 p.m. EST with comments from Rackspace, DigitalOcean and Joyent.