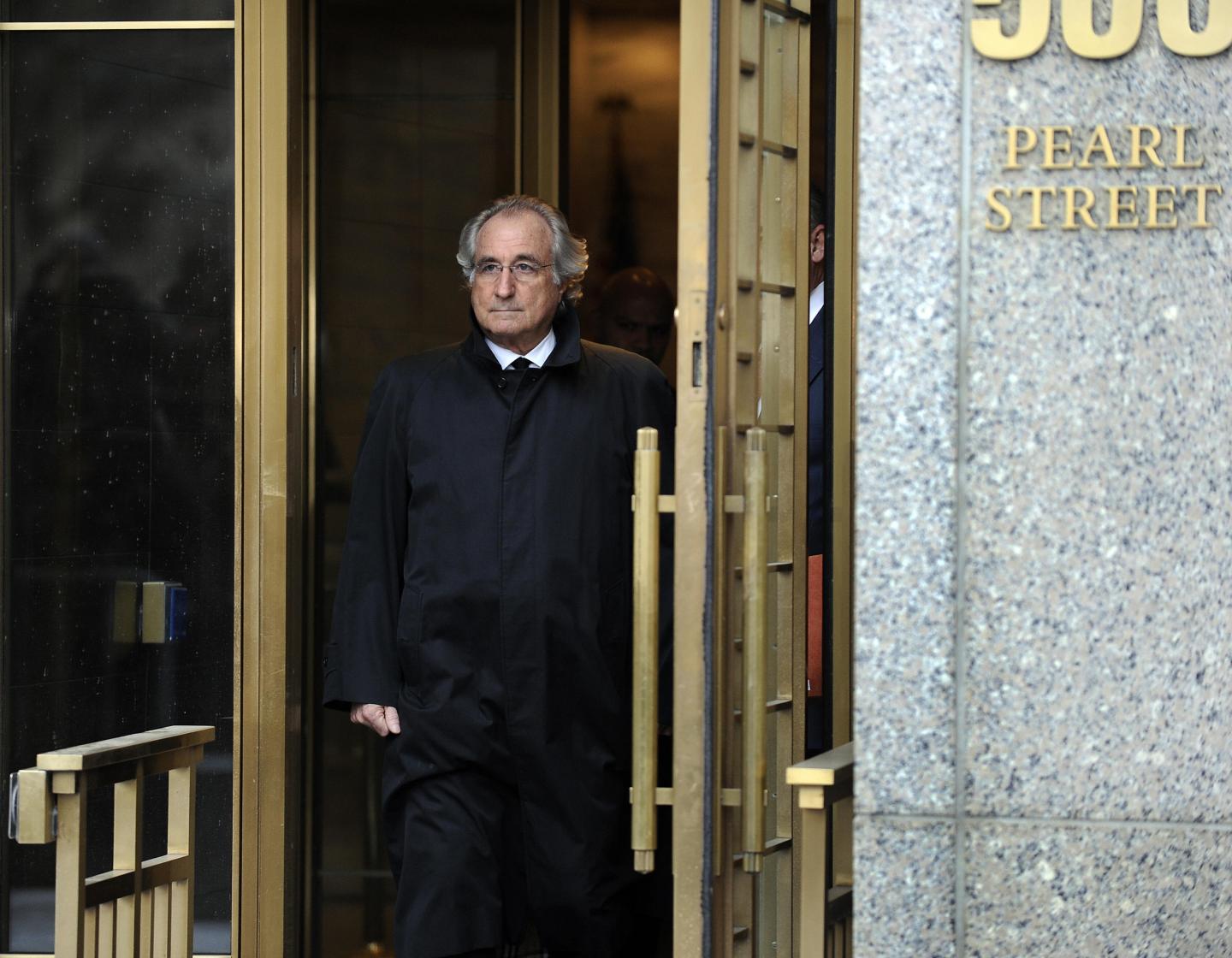 Bernard L. Madoff leaves US Federal Court after a hearing regarding his bail on January 14, 2009 in New York. Madoff will remain free on bail, a US judge ruled Wednesday, rejecting a bid by prosecutors to detain Madoff pending trial. AFP PHOTO / TIMOTHY A. CLARY (Photo credit should read TIMOTHY A. CLARY/AFP/Getty Images)
Photograph by Timothy A. Clary — AFP/Getty Images

Goldman Sachs just brought an agent from the Federal Bureau of Investigation onboard.

Patrick Carroll, who headed securities fraud and white collar crime during his law enforcement tenure, has joined the banking firm as a vice president in the compliance, surveillance and strategy group, Bloomberg reports.

Carroll spearheaded the use of wiretaps when he helped take down Raj Rajaratnam, co-founder of Galleon Group, who was convicted of netting tens of millions of dollars through insider trading. The former agent also helped bring undercover tactics traditionally employed to take down mob members and drug cartels to securities-fraud cases. He may be best known for his role in bringing Bernie Madoff, the world’ biggest Ponzi-scammer, to justice.

Roy Smith, a former Goldman Sachs partner and professor at New York University’s Stern School of Business, told Bloomberg that the hire reflects his past employer’s attempt to deal with the proliferation of governmental rules and regulations: “It’s really about how Goldman is reacting to the tidal wave of litigation that now seems to be part of the ongoing government toolkit for regulating banks,” he said. “It can help to have some people who know how government prosecutors and investigators think, some guy who has the mindset of an alligator.”

Carroll is not the only Fed to go to the other side. Assistant director of cyber investigations at the FBI Joseph Demarest previously worked in Goldman Sachs’ global security before returning to the agency, Bloomberg notes.

Carroll told Bloomberg about his motivations for leaving the force.

Carroll says he already knew many people at Goldman Sachs, having worked with “their compliance for many years.” His leaving was motivated by a desire for a new challenge after 25 years at the FBI, he said.

Given the fate of former employers Lehman Brothers and Merrill Lynch, he added with a wry smile, “I haven’t told the FBI this, but every place I’ve left has crumbled.”

For more, read about what life is like in prison for white collar criminals.