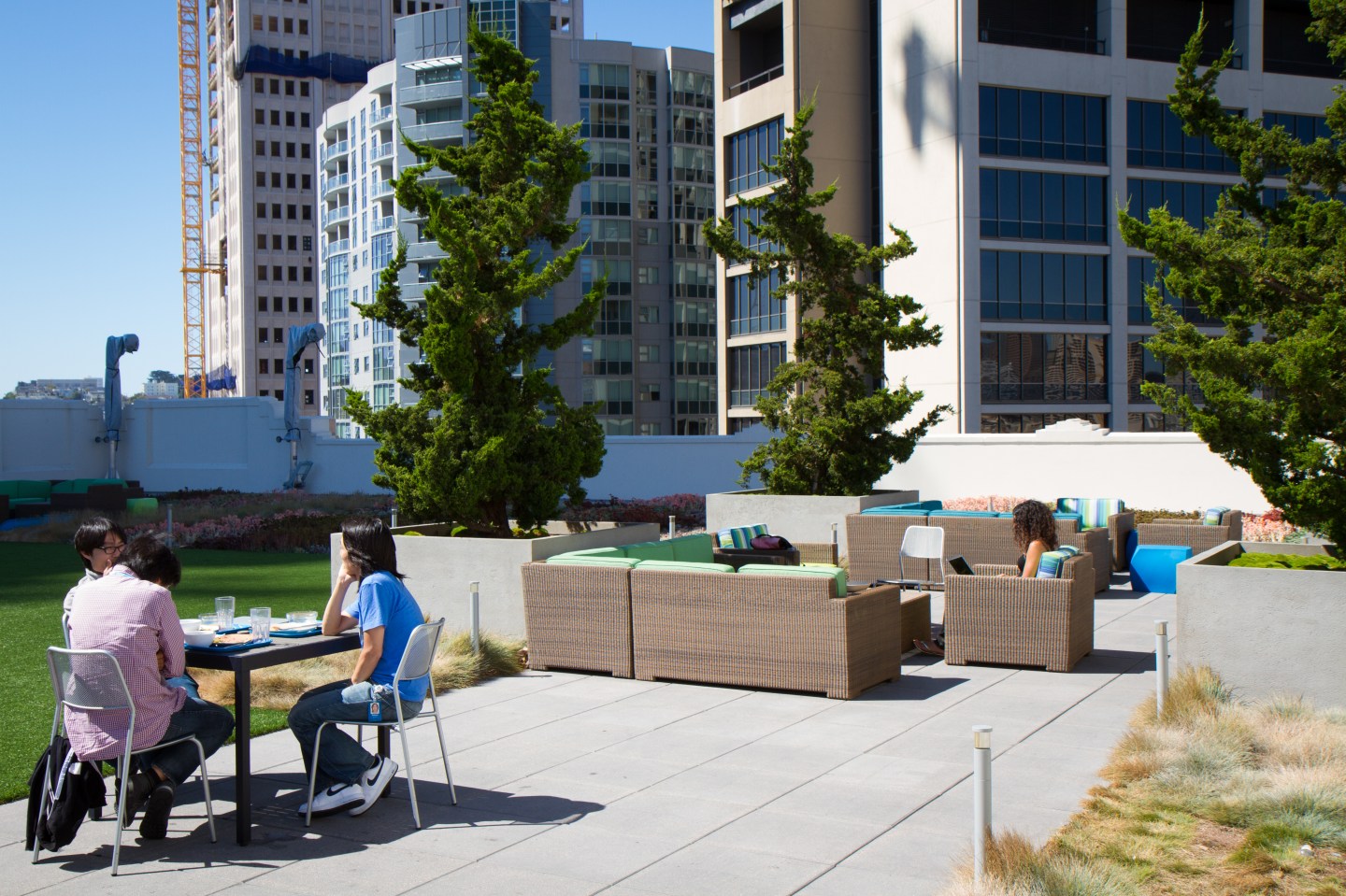 The goal is to create a place where homeless and low-income residents can improve their job skills, search for housing, and get access to computers. Childcare is also available.

The other unspoken goal is to improve Twitter’s image, which sometimes takes a beating over its presence in the neighborhood and impact on skyrocketing rents that have driven out local residents and stores. Twitter, like many tech companies in booming San Francisco, is also under attack for what critics say is a lack of engagement in the community while simultaneously boasting that they are changing the world.

Twitter CEO Dick Costolo and San Francisco Mayor Ed Lee welcomed community residents, lawmakers, and members of the media to NeighborNest with a ribbon-cutting ceremony Wednesday evening. The San Francisco-based tech company will spend at least $3 million over the next four years on the community center plus another $3 million in contributions to local nonprofits.

“I want to say it’s another milestone in an effort that started a while back,” Lee said.

All that money goes toward meeting the requirements of the so-called Twitter tax break that Twitter (TWTR) and several other San Francisco tech companies benefit from. Businesses in the neighborhood get a payroll tax exemption if they can show they are trying to improve the area.

Mayor Lee joked that the community center was once a restaurant that he used to frequent before it closed, and he that he had long wondered what would become of the building. He said the new facility will be used to help “transfer the skill set and hope from those with pretty good jobs and education” to the needy.

Lee is seen as a particularly tech friendly mayor. He lived up to that image by praising the neighborhood’s growing list of tech companies, venture capitalists, and small businesses for what he described as their effort to help to “rebuild the community.”

Just last week, Twitter neighbor Zendesk (ZEN) —another beneficiary of the city tax break—rolled out a new $1 million nonprofit that will involve all of the company’s worldwide offices.

Zendesk’s director of social responsibility Tiffany Apczynski acknowledged to Fortune last week that while nonprofit and charitable initiatives have taught low-income residents helpful computer skills, many of these people must move outside San Francisco for jobs and cheaper housing.

But Mayor Lee appeared to be hopeful that the wealth of local tech titans can spread to the less fortunate. With the development of more community centers, he said more low-income residents “get the jobs that are offered in this city.”