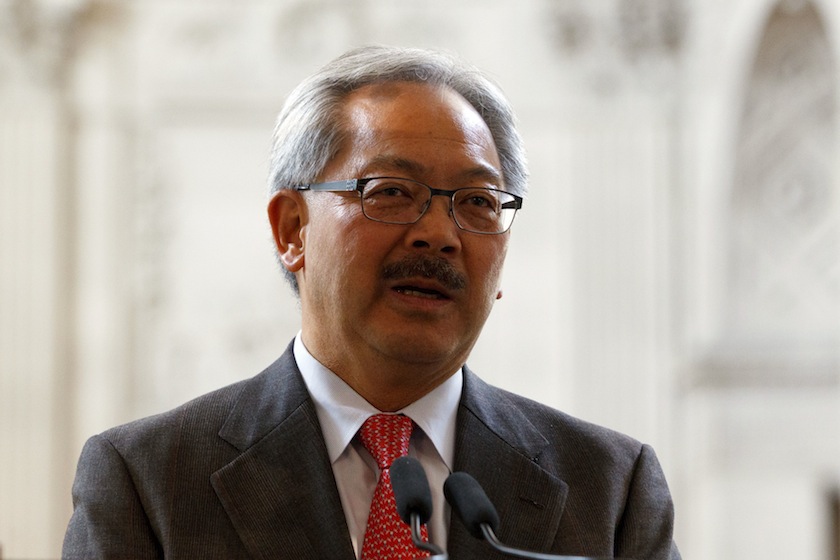 Ask San Francisco Mayor Ed Lee about Market St., particularly that gritty stretch of his city’s main thoroughfare dubbed “mid-Market,” and even he will say it needs work — a lot of work.

“I’ve always felt a bit ashamed, as a department head, as a city administrator, that Market St. wasn’t our best street — that we had to point to Embarcadero or places afar, and yet it was here that commerce largely originated with the excitement of San Francisco during the gold rush,” Mayor Lee told Fortune earlier this month.

It’s fair to say Mayor Lee knows San Francisco more than the majority of twenty-something tech employees who in recent years have flocked to the city for work. During Mayor Lee’s 25-year political career, San Francisco has become such a congested tech hub that finding a decent place to live can seem a Sisyphean task given the city’s 7 mile-by-7 mile footprint. As a result, a one-bedroom apartment in a neighborhood like SoMa, the epicenter of the start-up boom, costs north of $3,000 a month.

To combat San Francisco’s housing shortage, as well as rising real estate and rental prices, Mayor Lee introduced a housing plan this January. Among his goals for 2020: Streamline the bureaucratic process for building condos, protect residents from eviction, and add 30,000 new homes. Many of those new units will be too pricey for locals who don’t work at places like Twitter (TWTR), Google (GOOG) , Facebook (FB) , and countless other local tech companies and start-ups. But Mayor Lee has previously said he’ll issue building permits for affordable housing more quickly and that he’s pushing for one-third of those 30,000 new units to be in the price-range of non-techies like teachers, bus drivers and small store owners.

Where Market St. is concerned, city officials have offered tax incentives to businesses like Twitter and more recently, Zendesk, a start-up that makes business software for handling customer service, which have set up shop on mid-Market. Earlier this month, Zendesk’s 360 San Francisco employees moved into their new headquarters, a six-floor, 70,000 square-foot office that cost well over $10 million to renovate, according to a commercial developer. On one hand, such rapidly growing businesses on mid-Market should go a long way to gentrifying the area, previously know for homeless encampments, drug dealing and litter.

But some residents have criticized the tax incentives aimed at cash-laden tech companies as being unfair when more cash-strapped residents and non-profits find themselves pushed out by higher rents across the Bay to Oakland or beyond. It’s a problem that has sparked a series of protests against techies over evictions, corporate buses and the rising cost of living.

Mayor Lee concedes there’s much more work to be done on that front, as well. “I think this is the right time to create even more public and private partnerships, to have more meetings between non-profits and the tech community … to introduce them and create relationships,” he explained. “As businesses and communications move faster, we need to move faster also in making those relationships and not simply just wait for them to happen.”